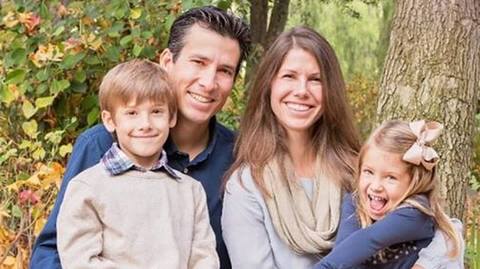 A law championed by Assemblyman Jim Patterson to increase penalties on hit-and-run drivers after a 2018 death of a Clovis Unified educator hit a stumbling block Friday in Sacramento.

The Senate Public Safety Committee failed to pass “Gavin’s Law,” named for Gavin Gladding, killed during a jog on Friant Road on Sept. 16, 2018, by a suspected impaired driver who fled the scene.

“Gavin’s Law” (previously known as AB 582, now as AB 195) would increase the penalty for hit-and-run with serious injury or death from two-to-four years to three-to-six years. It would also allow the judge discretion in sentencing.

The bill needed four votes; it received three votes from the seven members of the committee. Three abstained and one voted no.

A Tall Hill to Climb for the Bill

Patterson (R-Fresno), in presenting the bill, knew the bill faced a skeptical committee.

“What I’m asking you today, consider that this an incremental way — it’s not a drastic way— of narrowing the gap and allowing for greater accountability based on the discretion of the judge, the circumstances of the facts, and the nature of the offense,” Patterson said.

After the vote, Patterson asked for a reconsideration vote, which was granted. That would be scheduled for next Wednesday. In addition, Assemblymember Joaquin Arambula (D-Fresno) told GVWire℠, “I intend to talk to Assemblymember Patterson in the coming days about what the next steps may be for ‘Gavin’s Law.’ ”

For the legislation to move forward, at least one additional senator would have to back the bill. “My husband, my best friend and father of my two young children, Gavin Gladding, was stolen from us by a reckless hit-and-run driver.” — Susan Gladding

Last year, Patterson’s bill was in peril of not passing out of the Assembly Public Safety Committee. It wasn’t until the testimony of widow Susan Gladding that the bill advanced.

The bill was held over for this year, slightly amended and breezed through the Assembly in January on a 72-3 vote.

Gladding once again offered emotional testimony, limited to two minutes because of the committee’s time constraints.

“My husband, my best friend and father of my two young children, Gavin Gladding, was stolen from us by a reckless hit and run driver,” Susan Gladding testified, her voice thick with emotion.

Gladding blamed the since-convicted driver of fleeing and not helping her husband.

“The driver hid from law enforcement for almost a week while my family struggled with a sudden, incomprehensible loss and also with the weight of not knowing what had happened and who was responsible,” Gladding said.

Unlike last year in the Assembly, not all of the lawmakers were convinced by Gladding’s words.

The main objection from the Democrat-controlled committee was whether stiffer sentences for drivers who flee the scene of an accident involving a death would actually deter suspected drunk drivers from fleeing. “We in this state of California went from fewer than 10 prisons to over 30 prisons. Terrible overcrowding and it didn’t make us safer. … I can’t, unfortunately, support a bill that is simply calling for longer sentences when we know that that has not worked.” — State Sen. Scott Wiener (D-San Francisco)

“We in this state of California went from fewer than 10 prisons to over 30 prisons. Terrible overcrowding and it didn’t make us safer. … I can’t, unfortunately, support a bill that is simply calling for longer sentences when we know that that has not worked,” said Wiener, who was the only Democrat to vote no.

“A drunk person is not factoring deterrence. A drunk person, just by the very nature of the intoxication, is not being rational. And so whether the sentence is eight years, 10 years, 20 years, that is not an operative factor when a person is intoxicated,” Skinner said. She abstained, as did Holly Mitchell (D-Los Angeles) and Steve Bradford (D-Gardena).

Jackson agreed with Patterson, that the enhanced sentencing would better hold impaired drivers accountable if they left the scene.

Related Story: Why Did These Three Democrats Oppose Gavin's Law?

Rogelio Alvarez Maravilla was sentenced to three years in prison after pleading no contest in the accident that killed Gladding. However, there was not enough evidence to show that he was drinking.

He was accused of driving impaired after a night of partying, driving without a license, then fleeing the scene after striking Gladding. Police arrested him five days later.

“By fleeing, this individual can and did avoid additional charges for driving under the influence and for causing injury and death,” Patterson told the committee.