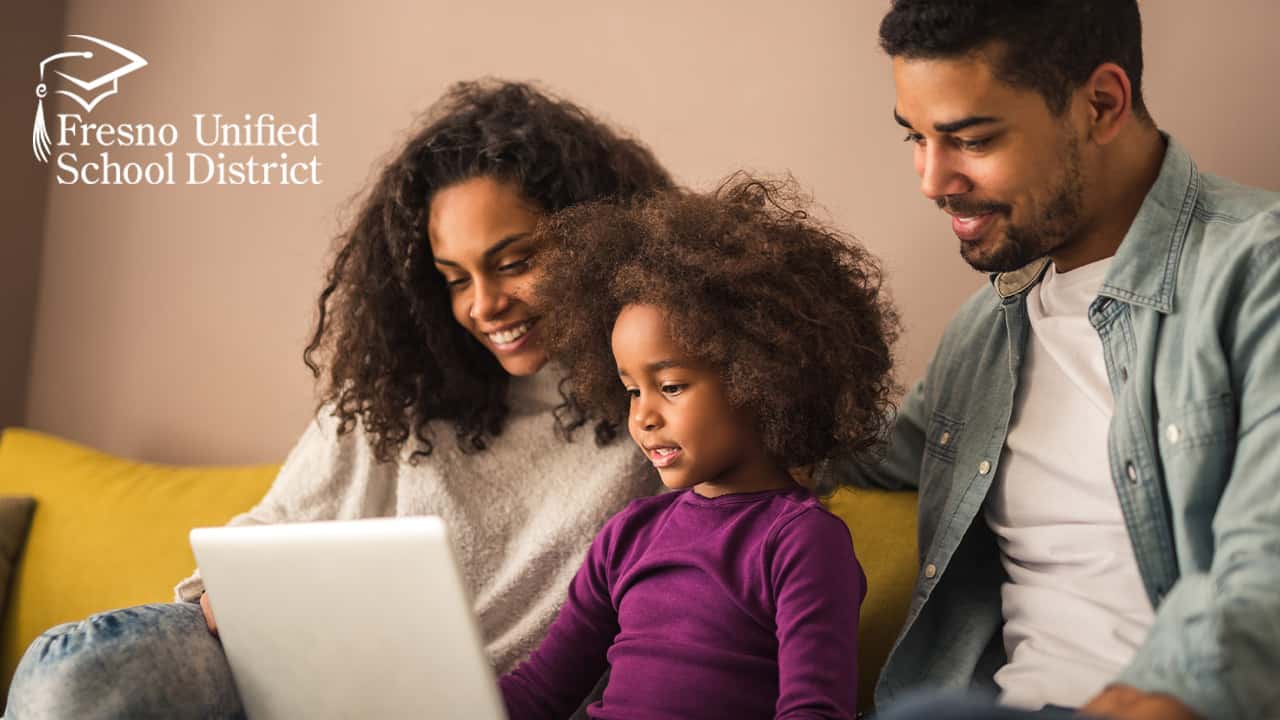 Fresno Unified students who need the internet for virtual instruction this school year won’t have to try to find a shady spot near a Wi-Fi-equipped school bus as they did in the waning weeks of the past school year.

The district is planning to pilot its own broadband internet, EduNet, in southwest and southeast Fresno neighborhoods to improve connectivity and help close the digital divide.

Parent Carmen Zamora is hoping that the district’s internet will provide a stronger connection for her first-grade son to link with his Balderas Elementary teacher and classmates while schools remain closed due to the COVID-19 pandemic.

Distance learning was hard enough for Zamora’s son when he was a kindergartner and suddenly had to adjust to seeing his teacher on a computer screen, but the lessons were problematic when technical issues affected his internet connection in their apartment, she said.

“My son would be working with his class but it would be all pixilated,” Zamora said. “The teacher couldn’t hear him.”

She said the technical issues only heightened the anxiety that she and her son were already contending with as they adjusted to distance learning.

And, unlike the final two months of the last school year, when schoolwork for Fresno Unified students was labeled “optional” and was not graded, this year distance learning will count.

Until students can return to their classrooms — a state mandate requires districts to maintain distance learning in counties like Fresno that are on the state’s COVID-19 watchlist — they need to have ready access to the internet so they won’t fall behind in their studies.

Fresno Unified is in the process of leasing unused telecommunications bandwidth and will use it to broadcast the district’s internet signal that can link to student laptops or tablets through in-home hotspots, Madden said.

The district already has towers at Edison and Roosevelt high schools, but may need to lease tower space or build its own towers in other locations.

The pilot project could start as early as this fall but should be up and running by next spring, Madden said.

Fresno Unified is starting in the southeast and southwest Fresno neighborhoods where surveys have shown students have less internet connectivity, but the plan is to eventually expand EduNet throughout the district.

The district has already distributed some of the 10,000 hot spots it obtained through Project Connect and Sprint’s 1 Million Project Foundation, and those hotspots come equipped with a two-year data plan with the telecommunications provider.

Hot spots are relatively inexpensive as a one-time purchase compared with the monthly data plans that connect them to the internet, Madden said. But once the district starts up its free internet, students won’t need a data plan, he said.

Right now, students who live close enough to a school site are able to pick up its Wi-Fi signal to have internet access — Fresno Unified now has more than 4,000 Wi-Fi hot spots —but the signal tends to dissipate the farther away the student is, Madden said.

The district’s goal goes beyond making sure that its 74,000 students have internet access during distance learning, Madden said. Once schools can reopen, students will still need to access the internet for their homework, for projects, and to stay academically competitive.

The staffers who answer the phone lines are multilingual, with the three main languages of English, Spanish, and Hmong. But the district can assist parents or students who speak any of its 65 different languages, with real-time translations provided through Microsoft Translator, said Kurt Madden, the district’s chief technology officer.

The district has devices on hand for those families who missed out on the distribution in the spring, he said.

Letters and emails will be sent out in the next few weeks to alert parents that they can request devices, as well as seek assistance with technology questions, by calling the Family Learning and Technology Support Center at (559) 457-3939.

The staffers who answer the phone lines are multilingual, with the three main languages of English, Spanish, and Hmong. But the district can assist parents or students who speak any of its 65 different languages, with real-time translations provided through Microsoft Translator, Madden said.

Zamora, the southeast Fresno parent, says she might get in touch to acquire a hot spot to boost the Fresno Unified internet signal into her apartment for her son’s first-grade classwork.

But because she also needs the internet for work, Zamora says she’ll keep paying Comcast $10 monthly for internet for low-income families.