There is nothing like baseball’s Opening Day, even if it happens in July with an empty stadium.

That’s the reality for Fresno native Marcus Walden and hundreds of other big-leaguers.

Walden, a product of Central High and Fresno City College, takes the field Friday night at Fenway Park in anything but a usual baseball season.

“Friday night is going to be awesome,” Walden told GV Wire℠ via Zoom from the stadium. “I’m excited to get the season going. We’ll still find out exactly how it’s going to feel without fans. I think guys are suddenly pumped up and ready for the season to get rolling.”

Readying for the Season 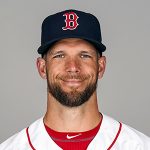 “It’s a little bit different with restrictions on what time we can get to the ballpark … but once you get into the ballpark, it’s still baseball.” — Fresno native and Red Sox pitcher Marcus Walden

The 31-year-old Boston Red Sox reliever begins his third big-league season, adjusting to the realities of baseball in the COVID era.

“It’s a little bit different with restrictions on what time we can get to the ballpark … walking around, obviously, with a mask on and especially in the stadium … doing our temperature checks, showing up, doing our spit testing every other day,” Walden said. “Those are the few things that are different. But once you get into the ballpark, it’s still baseball.”

Fans are not allowed in the stadium. For Walden, the silence reminds him of his first year in professional baseball, playing in the Rookie-level Gulf Coast League in 2007.

Artificial crowd noise will be pumped into the stadium. He prefers the buzz over the quietness of an empty park.

“It feels like you can hear people when you’re thinking and it gets too much to me. I like the crowd noise. It kind of gets you back to more of a reality of playing and focusing on what your next pitches are, your next task at hand,” Walden said.

Spring training stopped in mid-March, while Walden and his teammates were in the Red Sox facility in Fort Myers, Florida. Walden, who owns a home in Florida, stayed there for eight weeks before returning home to Fresno to train.

The baseball restart began with a summer camp on July 3. Walden says that was enough time to return to baseball shape.

“The first week to eight days was kind of tough getting back into things. But physically getting ready and getting our arms in shape, for me personally, it’s been enough time,” Walden said.

Walden also liked returning to Fresno, where he trained at the DIB Baseball Academy he owns.

“It’s been a good spot. I love being at home,” Walden said. “Being able to work out and stuff was pretty easy for me with having a facility and being two of my good friends.”

It beat working out of his garage in Florida, Walden said. 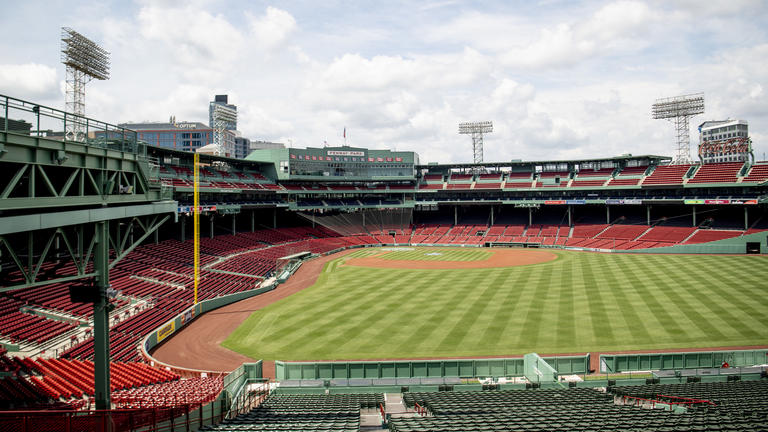 The Boston Red Sox will open the season Friday, July 24, 2020, at an empty Fenway Park against the Baltimore Orioles. (Boston Red Sox/Maddie Malhotra)

The threat of coronavirus remains. Prior to the restart, several of Walden’s teammates contracted COVID-19, but have since recovered.

“Since then, baseball has done very good on our testing, in my opinion. I don’t believe we’ve had a positive test since our opening day of summer camp,” Walden said.

Taking advantage of a fanless Fenway Park, the players are using luxury suites to dress instead of a crowded locker room. He’s sharing his with fellow pitcher Ryan Brasier.

“We’re kind of spread out. We still see guys … when we get out on the field, we’re able to talk to each other a little bit more. But just the space and the accommodations that the Red Sox have done for us has been amazing,” Walden said. 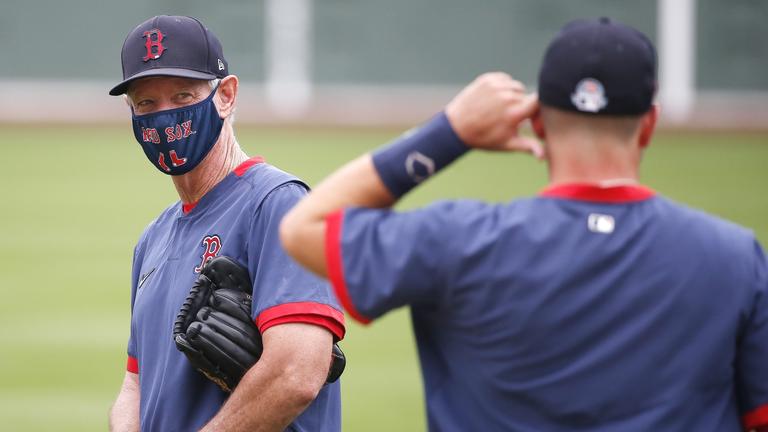 Ron Roenicke, 63, has spoken about the increased health risks for all personnel this season. (AP File)

Away from the ballpark, Walden says it’s about using common sense to stay safe. He plans to treat his downtime like he did when he played in the Venezuelan winter leagues.

“We don’t really do a whole lot outside of the hotel, the baseball field there. It’s very similar to me. I just order food out. But most the time, I’m either at the hotel or field,” Walden said.

Last season, Walden’s wife of 10 years, Nichole, and two young daughters, Sutton and Palmer, stayed with him in Boston. This season, they are staying in Fresno.

“We’ve done a lot of long-distance relationship (in my career),” Walden said. “This will be a shorter season being apart. But definitely that few months that I did get to spend time with my wife and my two little girls. So it’s a big blessing. That was one positive thing that I could really take from the whole COVID pandemic issue. It going to be hard for the next 60 days to be away from them, but it will be nice being back home whenever the season does finish.”

Another major change since spring training was the awakening of the Black Lives Matter movement. Earlier this week, several San Francisco Giants players took a knee during the playing of the National Anthem.

The Red Sox management says they will support players in whatever they chose.

“We have had some team discussions, and on Opening Day, we’re going to find out what’s going to happen,” Walden said.