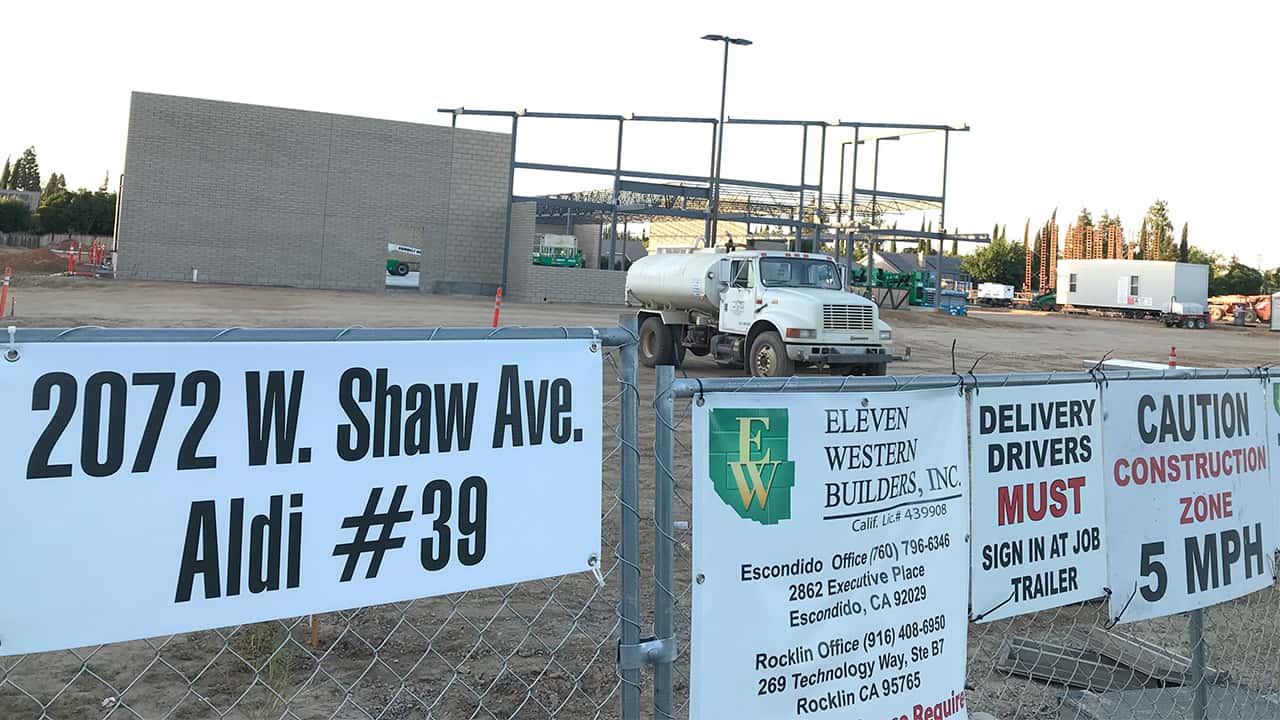 The old Tang Dynasty, OfficeMax, and Nina’s Bakery buildings were torn down months ago. And, understandably, many Fresno residents are noticing the major construction work at the northwest corner of Shaw and West avenues.

The announcement last year that an ALDI grocery store would open there was welcome news to a community that had seen the ghost mall become a homeless encampment. 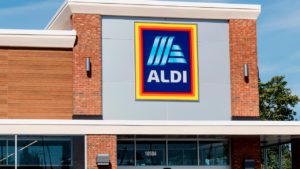 “We are excited to confirm we are planning to open our first ALDI store in Fresno by the end of this year.” — Tom Cindel, group director of operations &  logistics, ALDI Inc.’s Moreno Valley division

An ALDI spokesperson provided an idea of when the store will open.

“We are excited to confirm we are planning to open our first ALDI store in Fresno by the end of this year. We look forward to introducing Fresno residents to the best grocery shopping experience,” said Tom Cindel, group director of operations & logistics at ALDI Inc.’s Moreno Valley division.

Aldi opened a store on Herndon Avenue in Clovis in October 2019 and has locations in Porterville and Hanford.

According to its Wikipedia page, ALDI is a so-called no-frills chain that often displays a variety of items at discount prices, specializing in staple items, such as food, beverages, toilet paper, sanitary articles, and other inexpensive household items. Many of the products are ALDI’s brands, with other brands usually limited to a maximum of two for a given item.

Bring a Quarter to ALDI for a Cart

One thing ALDI customers need to have on them is a quarter. Why?

Says ALDI: “This 25 cent deposit ultimately saves our customers money because we don’t have to hire extra staff to collect grocery carts. To unlock a cart, customers have to insert a quarter, and this deposit ensures shoppers return their cart to the corral to get their quarter back.”

The site is large enough to have another retailer join ALDI. That’s exactly what’s going to happen, but the announcement of who is coming remains a mystery.

“We will share a future retailer name as soon as we have their permission to do so,” said Chris Daniell, director of asset management for Daytom Enterprises, Inc. & Hinds Investments, L.P. 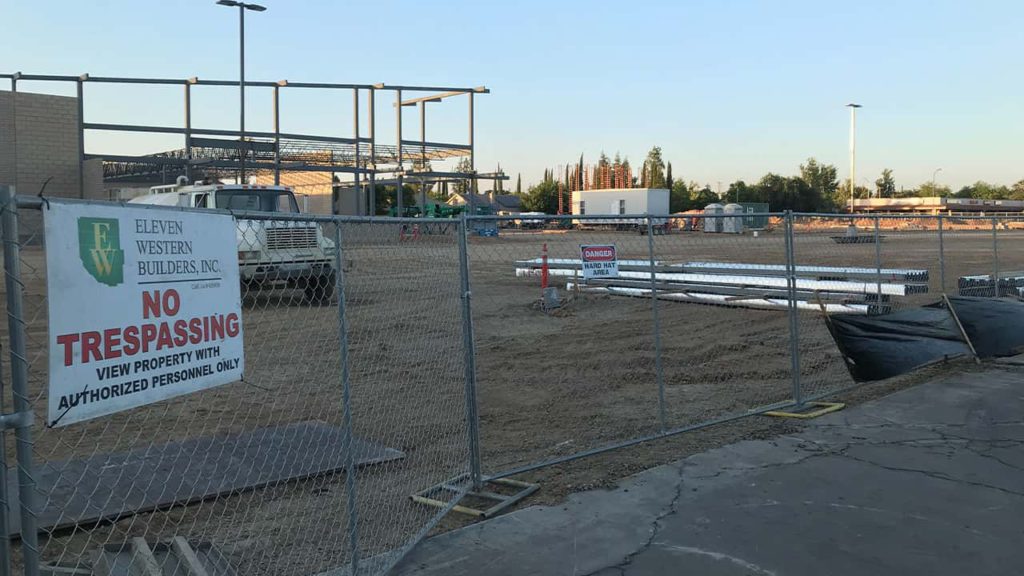 Construction site at Shaw and West avenues in northwest Fresno is large enough for multiple retailers. So far, only ALDI has confirmed a storefront there. (GV Wire/Jim Jakobs)

“I’m very excited that the redevelopment of that corner is speedily moving along. Reducing blight will benefit residents in the surrounding neighborhoods. The creation of more jobs is just what Fresno needs to get through this downturn,” said District 2 Fresno City Council Member Mike Karbassi.

“The creation of more jobs is just what Fresno needs to get through this downturn.”–District 2 Fresno City Council Member Mike Karbassi

In December, GV Wire℠ reported the 7-Eleven at the northeast corner of Shaw and West will move across the street to the Aldi location. A gas station will be built in the area of the new construction, as well.

“This is a big plus for the neighborhood,” Karbassi said at that time. “The vacant building has attracted a lot of vagrants and created lots of problems.”

Related Topics:7-elevenALDICouncilman Mike Karbassi
Up Next

Want to ‘Fly Through’ Medical School? Here’s Your Chance.

Who Is Lining up to Run for Fresno, Clovis, Central School Boards?