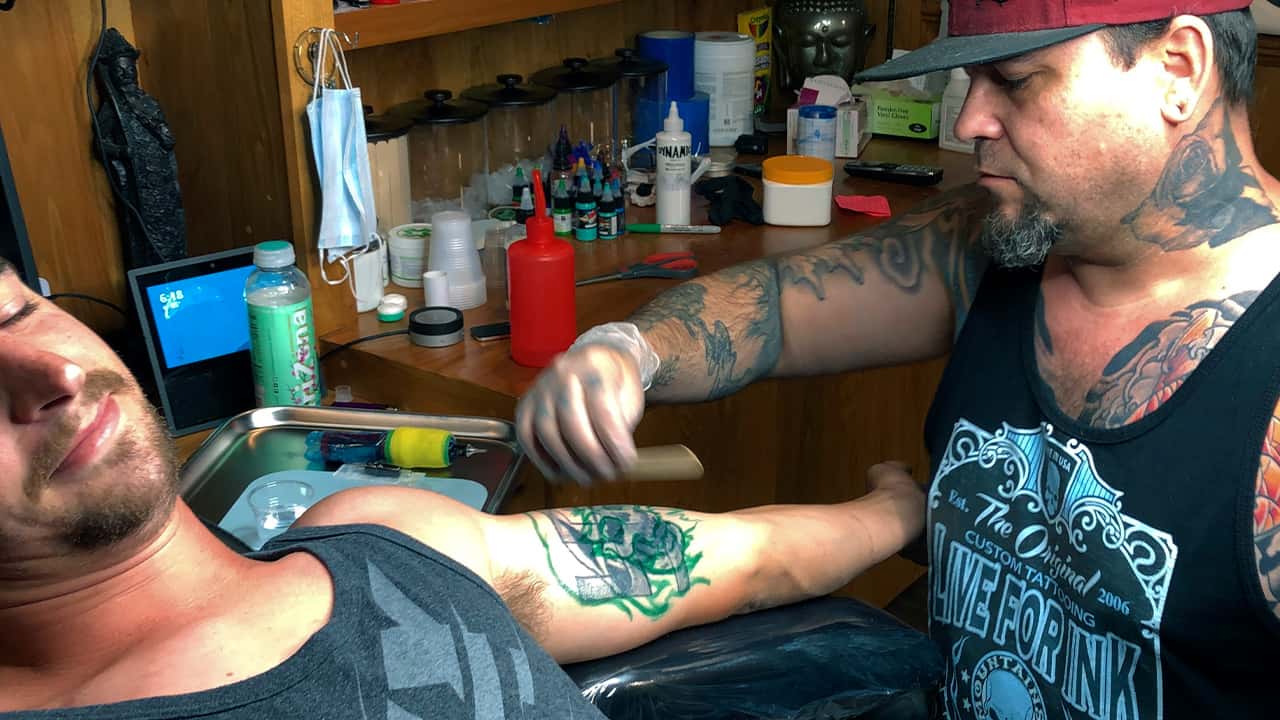 “It’s just not something to have on, and I hate it now,” he said while Alexander sketched the outline of the image that would cover the swastika.
Many tattoo artists across the country will cover or erase old tattoos, especially in the aftermath of Floyd’s killing, but Alexander said not all do it for free.
Dr. Jeffrey Dover, a dermatologist who is the director of SkinCare Physicians in Chestnut Hill, Massachusetts, said cover or removing offensive tattoos is a public service.
“It’s a pro bono service to the community, a service to humanity, a service to the individual who has the tattoo, but also to all those who are offended by the tattoo,” said Dover, who is also an associate professor of Dermatology at Yale School of Medicine. “Just think of the recoil of a Holocaust survivor who sees a Nazi tattoo.”
Alexander said he’s been doing free coverups since shortly after he opened his business in 2006. He’s had brushes with the law and the free cover-ups are a way give back.
“I’ve had people forgive me and look past my bad decisions and help me get to a better place,” he said.
It’s hard for people with offensive tattoos to escape them, and he said helping to remove them is a way he can help.
“These people, they’re stuck looking at their bad decisions every day,” he said. “They have to hide them.”
Alexander said he covers lots of symbols associated with Nazi Germany. Within the next few weeks, Alexander expects to see a customer who has “white” tattooed on the back of the calf of one leg and “power” tattooed on the other.

Alexander said many want to cover the tattoos because businesses don’t want to have employees seen as racist.

Related Topics:Black Lives Matterproteststattoos
Up Next

Got (Chocolate) Milk? For Fresno Unified Students, It’ll Soon Be Harder to Find