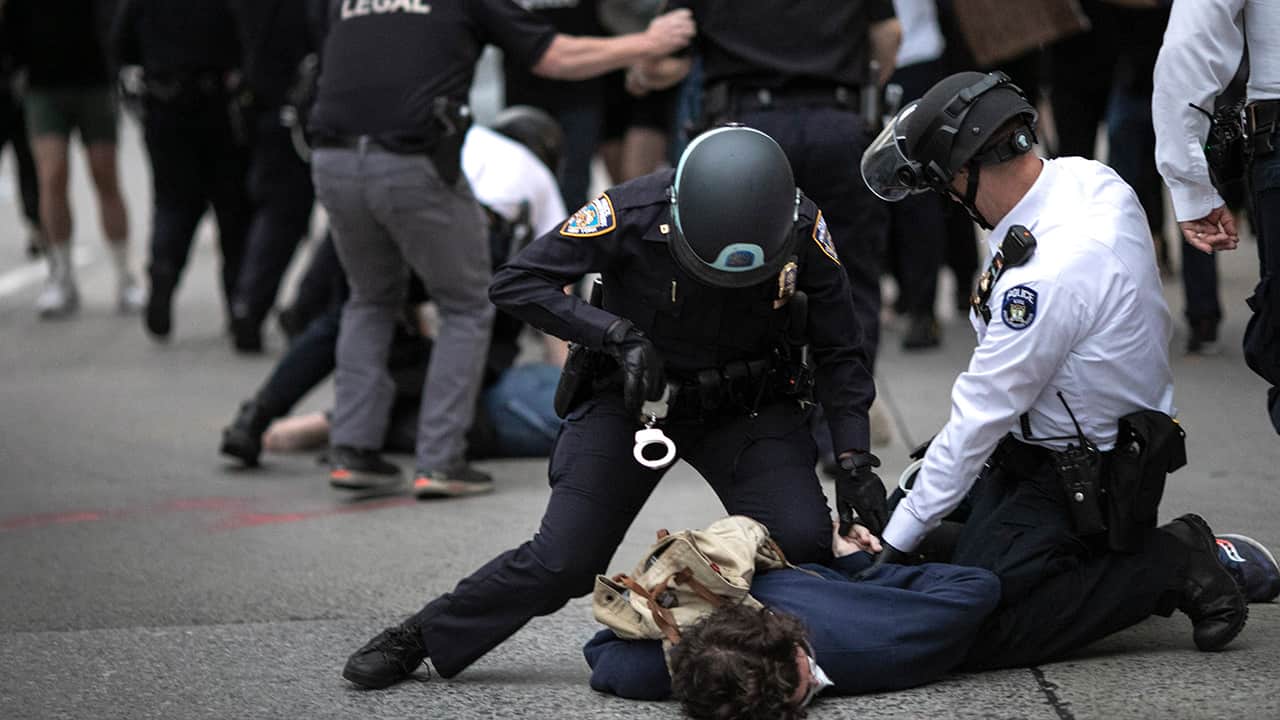 SAN JOSE — San Jose’s police chief, backed up by the city’s mayor, said Thursday that officers have been targeted by coordinated, violent attacks from agitators who hid inside crowds of peaceful protesters and then turned the streets of downtown San Jose into a “war zone.”

At a Saturday afternoon protest outside City Hall, there was “a large coordinated attack on officers with flying projectiles thrown by about 30 people” who struck at the same time from various spots in a crowd of about 300, Garcia said.
In several cases, police intelligence identified suspects planning to attack police, he said.
At a Monday evening demonstration at City Hall, “we identified agitators who brought in heavy black duffel bags” filled with rocks and some people were armed with knives and handheld radios to communicate with others in the crowd, Garcia said.
Garcia did not specify whether any of the protesters are believed to be affiliated with any group or whether any of the “agitators” were among more than 150 related arrests in San Jose in the last week.
“You’ve got sporadic agitators in the crowd. But we have intelligence showing some have hand-held radios,” he said. “There are levels of sophistication and coordination.”
An 8:30 p.m. curfew imposed Sunday helped thin crowds by nightfall and decreased the violence, he said.
Garcia again apologized Thursday for the behavior of the officer who shouted aggressively at demonstrators, calling it unprofessional and saying it won’t be tolerated. He said the department will investigate its conduct during the protests and “will hold ourselves accountable” for any mistakes.
Liccardo, who knelt with protesters outside City Hall over the weekend, said the police response helped “to protect the safety of people in the crowds as well as the officers.”
“It was chaos. A lot was being thrown at officers, they showed admirable restraint,” Liccardo said.

Related Topics:protestsSan Jose
Up Next