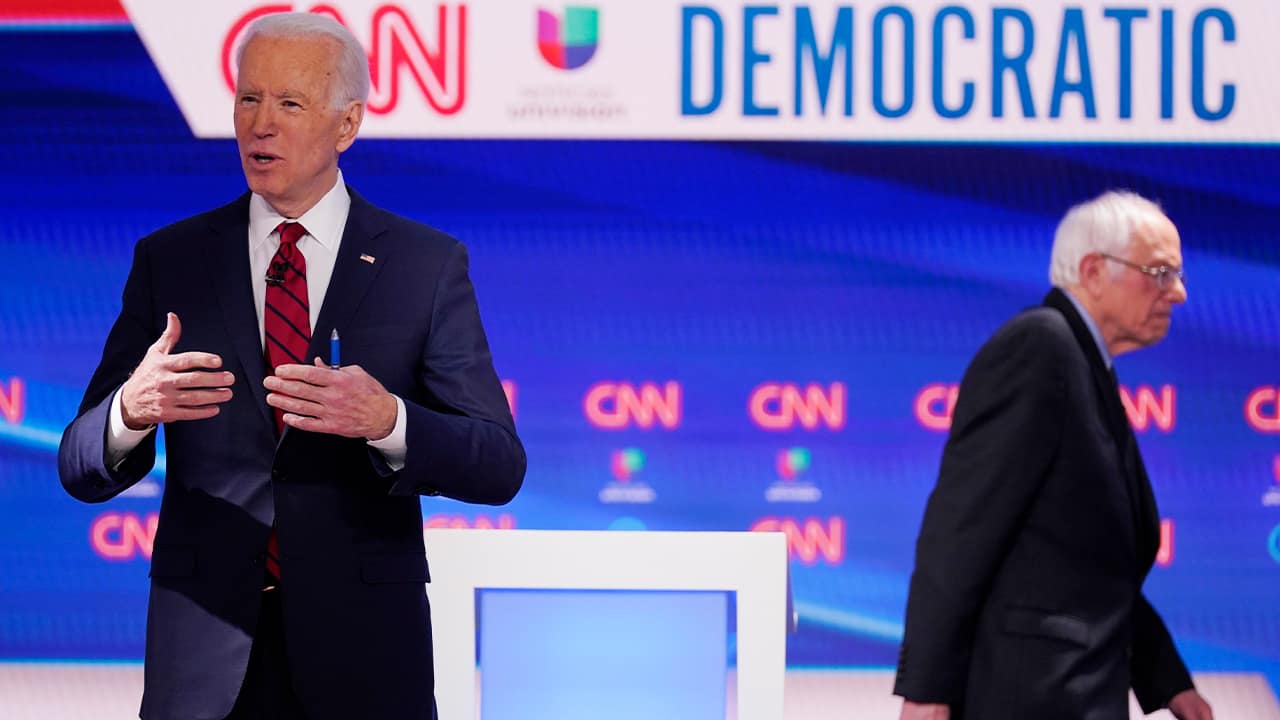 WASHINGTON — Democratic presidential candidate Bernie Sanders says he is reassessing his campaign, raising questions about whether he will drop out after losing three more states and falling prohibitively behind former Vice President Joe Biden in the race. Neither Candidate Is Traveling or Holding Campaign Rallies

For Sanders, catching up would be the tallest of orders under any circumstances . But that task is even tougher in a political world turned as upside down, along with daily life, amid efforts to combat a pandemic that has killed more than 100 people in the United States.
Neither candidate is traveling or holding campaign rallies, and much of the electorate has been staying home.
Polls were shuttered in Ohio, and election workers and voters reported problems in the three states where primaries were held.
With the exception of North Dakota and the Northern Mariana Islands, Sanders has not won a contest since Super Tuesday on March 3. He made no moves to contact Biden immediately after Tuesday’s results, according to people familiar with the situation who discussed the matter on the condition of anonymity because they were not authorized to speak for the candidates. During online remarks before most results were in, Sanders said little about the future of the race.
Also Tuesday, Trump formally clinched the Republican presidential nomination after facing minimal opposition. But much of the action was on the Democratic side, where higher vote totals in some key states suggested enthusiasm that even the coronavirus couldn’t contain. Turnout in Florida’s Democratic primary surpassed the 1.7 million who cast ballots four years ago.

Some Democrats are now calling on Sanders to drop out in the name of party unity. Four years ago, Sanders kept alive his primary bid against Hillary Clinton for months, even as it became clear he had no chance of winning.

Trump Mulls Sending All Who Cross Border Illegally to Mexico