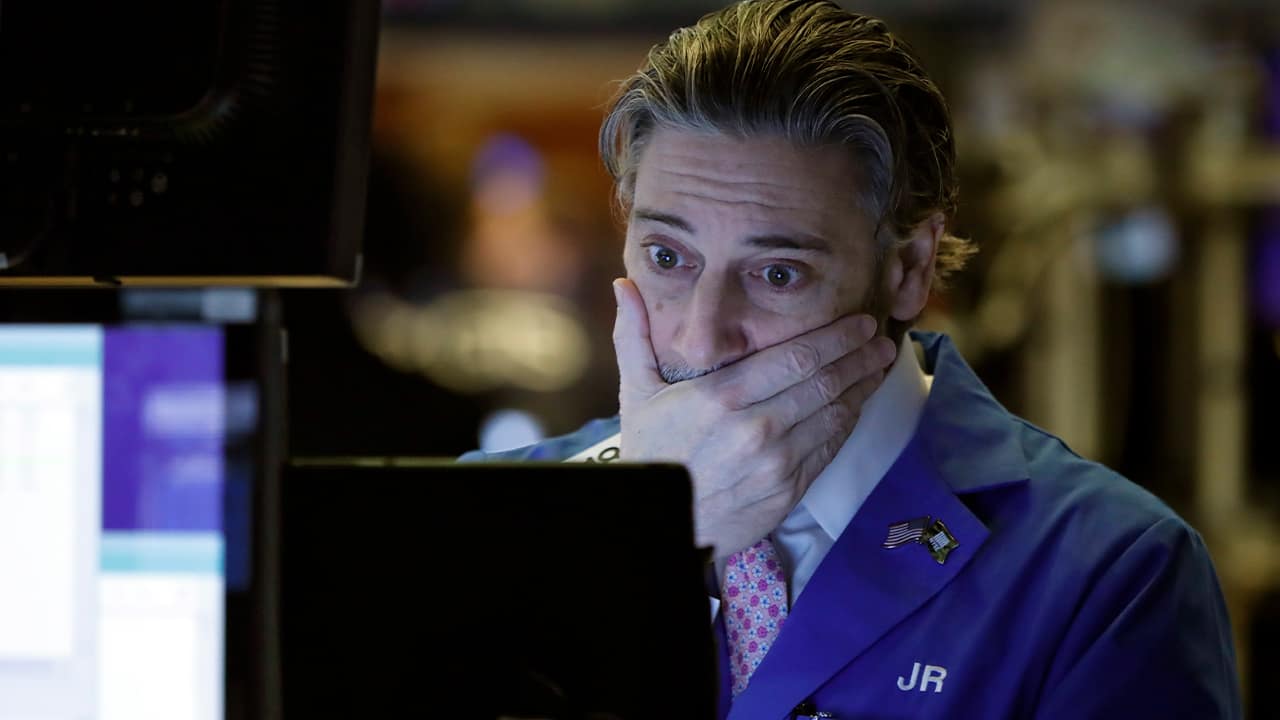 Factories in China are gradually reopening, and a return to a sense of normal life may even be on the horizon following swift and severe actions by the government to corral the virus.
But elsewhere in the world, the mood is much darker. There are about 17 times as many new infections outside China as in it, according to the World Health Organization. Widening outbreaks in South Korea, Italy and Iran are responsible for the majority of new infections.
In the U.S., the death toll climbed to 11 due to the virus. California declared a statewide emergency late Wednesday. Southwest Airlines on Thursday warned its investors that it’s seen a significant decline in demand in recent days and an increase in customers cancelling trips.
The S&P 500 was down 3.6%, shortly after 3 p.m. Eastern time. The Dow Jones Industrial Average fell 1,009 points, or 3.7%, to 26,081, and the Nasdaq was down 3.2%.
Losses were widespread, and all 11 sectors that make up the S&P 500 index were down. Financial stocks had the sharpest losses, at 5.1%. Energy stocks in the S&P 500 dropped to their lowest level since the market was emerging from the rubble of the financial crisis in March 2009.
“The Western world is now following some of China’s playbook, closing schools and declaring a state of emergency for example, but there is a sense that this is too little, too late,” said Chris Beauchamp, chief market analyst at IG.
Travel-related companies continued to fall sharply on worries that frightened customers won’t want to confine themselves in planes or boats with others. Royal Caribbean Cruises sank 15.8%, Carnival fell 13.2% and American Airlines Group lost 11.1%. Trader Timothy Nick, left, and specialist Michael Pistillo work on the floor of the New York Stock Exchange, Tuesday, March 3, 2020. Stocks are opening lower on Wall Street after the Group of Seven countries held off on giving the global economy new stimulus to help it cope with the coronavirus outbreak. (AP Photo/Richard Drew)

It’s a sharp turnaround from earlier this year, when a resilient stock market kept climbing to new highs on the hopes that the virus may remain contained in China and be just a short-term challenge.

Gold Climbed as Investors Piled Into Investments Seen as Safe

Japan’s Nikkei 225 rose 1.1%, South Korea’s Kospi gained 1.3% and stocks in Shanghai jumped 2%.
But markets turned lower as trading moved west to Europe. The French CAC 40 fell 1.9%, Germany’s DAX lost 1.5% and the FTSE 100 in London dropped 1.6%.
Several measures of fear in the market clenched tighter.
The yield on the 10-year Treasury sank to 0.92% from 0.99% late Wednesday. It earlier threatened to drop below 0.90% for the first time in history. Shorter-term Treasury yields fell as traders increase bets for more rate cuts by the Federal Reserve to try to limit the economic damage. The two-year Treasury yield fell to 0.57% from 0.62%.
Gold climbed as investors piled into investments seen as safe. It rose $25.00 to settle at $1,668.00 per ounce.
Crude oil fell even though OPEC members proposed a deep cut of production to shore up prices. Oil has been sliding on worries that a global economy weakened by the virus will burn less fuel.
Benchmark U.S. crude lost 88 cents to settle at $45.90 per barrel. Brent crude, the international standard, fell $1.14 to $49.99 per barrel.
In other commodities trading, silver rose 15 cents to $17.39 per ounce, and copper fell a penny to $2.57 per pound. Natural gas lost 6 cents to $1.77 per 1,000 cubic feet, heating oil fell 4 cents to $1.49 per gallon and wholesale gasoline lost 3 cents to $1.52 per gallon.

Related Topics:stocksWall Street
Up Next