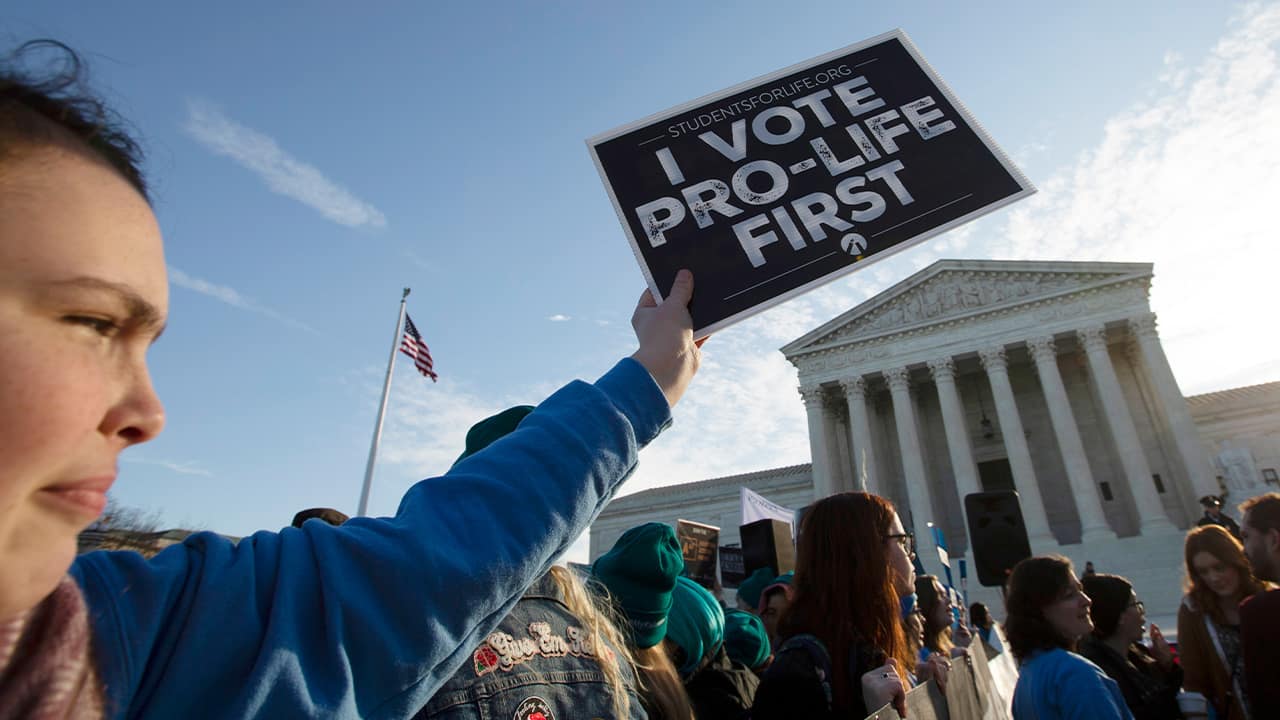 Justice Samuel Alito said the clinic had once had its license suspended, in 2010.
Perhaps the biggest question is whether the court will overrule a 2016 decision in which it struck down a similar law in Texas. Since then, Donald Trump was elected president and he appointed two justices, Neil Gorsuch and Brett Kavanaugh, who have shifted the court to the right. Even with those two additions to the court, Roberts almost certainly holds the deciding vote.
When the justices temporarily blocked the Louisiana law from taking effect a year ago, Roberts joined the court’s four liberal justices to put it on hold. Kavanaugh and Gorsuch were among the four conservatives who would have allowed the law to take effect.
Those preliminary votes do not bind the justices when they undertake a thorough review of an issue, but they often signal how a case will come out.
In more than 14 years as chief justice, Roberts has generally voted to uphold abortion restrictions, including in the Texas case four years ago.
It is for now unclear whether Roberts’ outlook on the Louisiana case has been affected by his new role as the court’s swing justice since Justice Anthony Kennedy’s retirement, his concern about the court being perceived as a partisan institution and his respect for a prior decision of the court, even one he disagreed with.
The chief justice asked an intriguing question about precedent Tuesday, wondering whether a 10-year-old decision would help determine the outcome of a case about the Consumer Financial Protection Bureau. “Do you think that recent precedent should have a binding effect on how the court addresses this case?” Roberts asked. Abortion rights demonstrators rally outside of the U.S. Supreme Court in Washington, Wednesday, March 4, 2020. The Supreme Court is taking up the first major abortion case of the Trump era Wednesday, an election-year look at a Louisiana dispute that could reveal how willing the more conservative court is to roll back abortion rights. (AP Photo/Jose Luis Magana)

‘This Case Is About Respect for the Court’s Precedent’

Louisiana, the Trump administration and anti-abortion groups have all firmly answered that question with a resounding “No.”
Louisiana Solicitor General Elizabeth Murrill told the justices that the Louisiana and Texas laws are not identical. “The laws are different, the facts are different, the regulatory structures are different,” Murrill said.
The Trump administration also argued in court papers that the high court could overrule the Texas case if necessary.
Julie Rikelman, the Center for Reproductive Rights lawyer who argued the case on behalf of the Shreveport clinic, said a trial judge found that abortions in Louisiana are safe and that the law provided no health benefits to women, just as the Supreme Court ruled in the Texas case.
“This case is about respect for the court’s precedent,” Rikelman said.
The court also has agreed to review whether abortion providers have the right to go into court to represent the interests of women seeking abortions. A ruling in favor of the state’s argument that the providers lack the right to sue in these circumstances, known as third-party standing, would be a devastating blow to abortion-rights advocates since doctors and clinics, not individual women who want abortions, file most challenges to abortion restrictions.
But apart from Alito, the justices did not seem especially interested in resolving the case on the standing issue.

Related Topics:abortionU.S. Supreme Court
Up Next

It's Up Again for Stocks as Wall Street's Wild Ride Extends