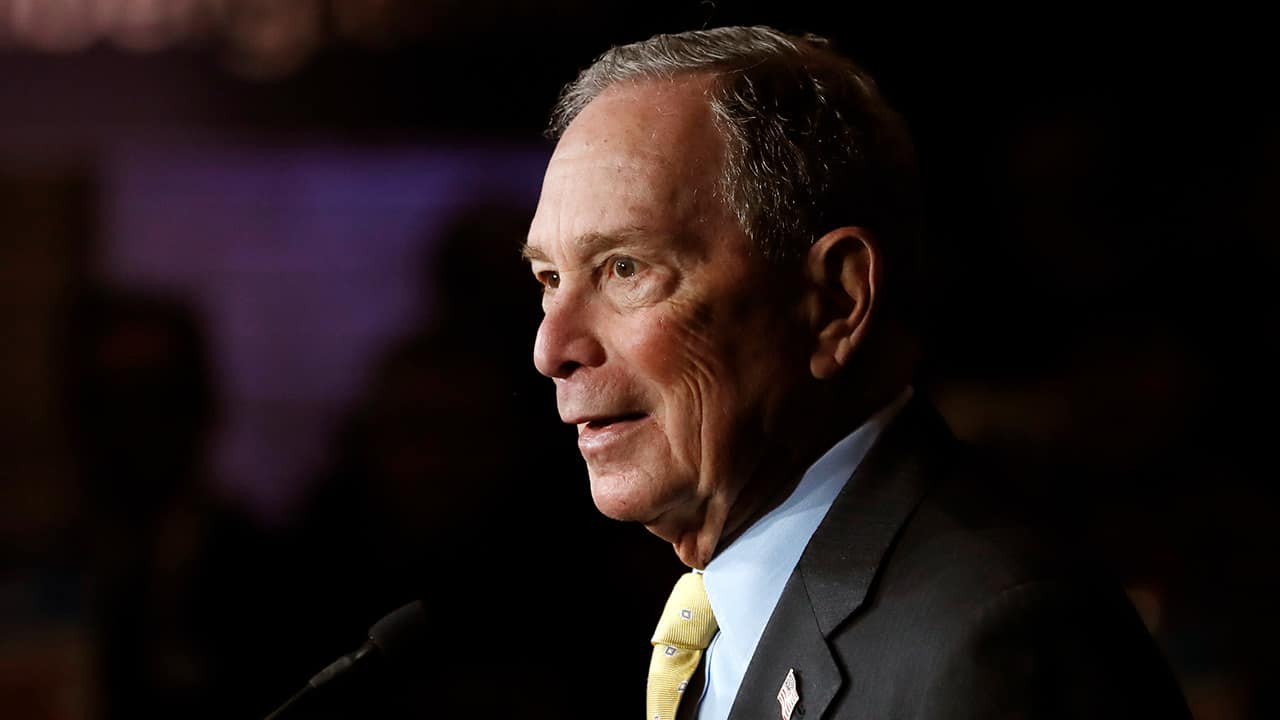 WASHINGTON — Mike Bloomberg is under fire for saying the way to bring down murder rates is to “put a lot of cops” in minority neighborhoods because that’s where “all the crime is.”

The billionaire and former New York mayor made the comments at a 2015 appearance at the Aspen Institute, as part of an overall defense of his support for the controversial “stop and frisk” policing tactic that has been found to disproportionately affect minorities.

Bloomberg launched his Democratic presidential bid late last year with an apology for his support for the policy. On Tuesday, after the comments resurfaced, he reiterated his apology and said his 2015 remarks “do not reflect my commitment to criminal justice reform and racial equity.”
But the audio of his Aspen speech highlights his embrace of the policy just a few years ago and suggests he was aware of the disproportionate impact of stop-and-frisk on minorities. Bloomberg says that “95 percent” of murders and murder victims are young male minorities and that “you can just take the description, Xerox it and pass it out to all the cops.”
To combat crime, he says, “put a lot of cops where the crime is, which means in minority neighborhoods.”
He acknowledges focusing police forces in minority neighborhoods means minorities are disproportionately arrested for marijuana possession, but dismisses that as a necessary consequence of the crime in those neighborhoods. And to “get the guns out of the kids’ hands,” Bloomberg says, police must “throw ‘em against the wall and frisk ’em.”
“And they say, ‘oh, I don’t want that, I don’t wanna get caught.’ So they don’t bring the gun,” he says.

According to a report in the Aspen Times that year, Bloomberg blocked the release of video of the Aspen Institute appearance, but the Aspen Times reporter uploaded what appears to be the full audio online, and it drew renewed attention Monday after podcaster Benjamin Dixon circulated it on twitter.
In his Tuesday statement, Bloomberg notes that he “inherited the practice of stop and frisk” from the previous administration, and notes that by the time he left office he significantly reduced its use. He said, “I should have done it faster and sooner.”
But stop and frisk expanded dramatically on Bloomberg’s watch, reaching a peak in 2011 when over 685,000 people were stopped, according to ACLU data. While its use declined significantly after that, Bloomberg stood by the program even in the face of widespread criticism and legal challenges.

Early Tuesday, Bloomberg faced sharp criticism. Symone Sanders, a top adviser to Joe Biden’s campaign, called the comments “sad and despicable,” and said he “will have to answer for these comments.” President Donald Trump, who himself has supported stop-and-frisk policies, sent out a tweet with a clip of the audio declaring “Bloomberg’s a racist,” which he soon after deleted.
The former New York mayor focused the bulk of his statement about the audio on Trump, arguing the president’s attack “reflects his fear over the growing strength of my campaign.”
“Make no mistake Mr. President: I am not afraid of you and I will not let you bully me or anyone else in America,” Bloomberg said.

Related Topics:Michael Bloomberg
Up Next