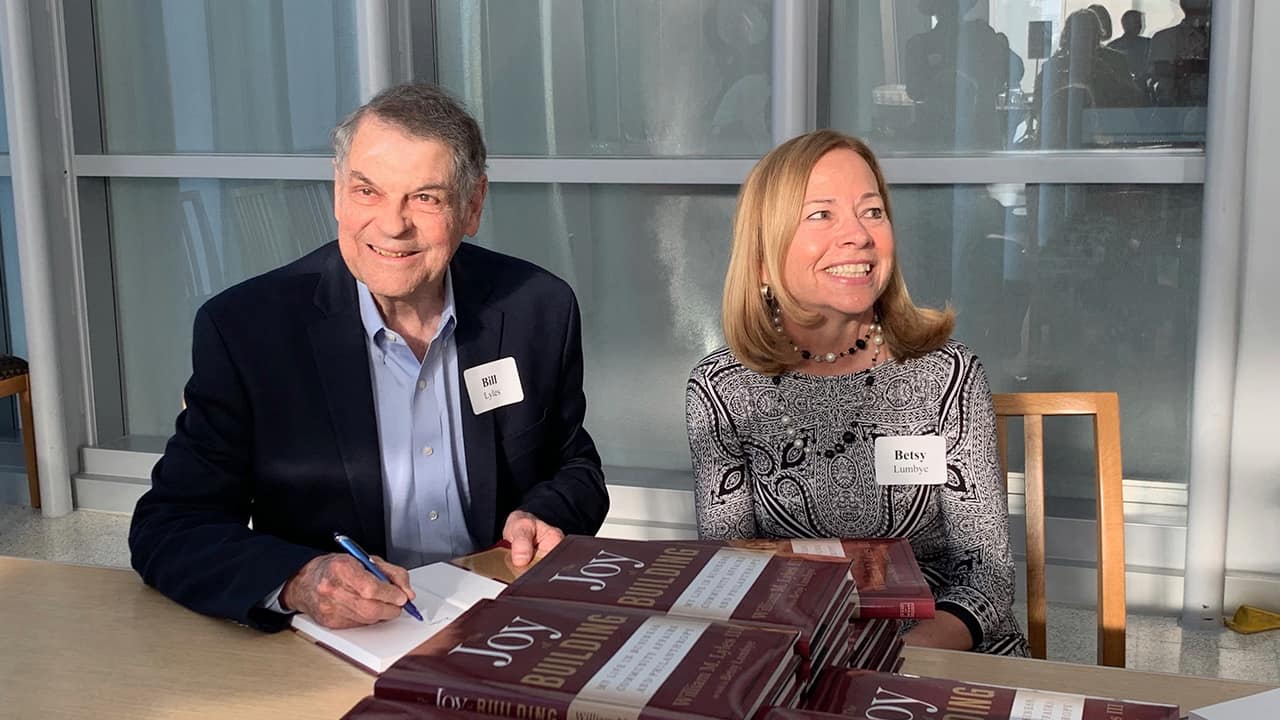 Bill Lyles likes to say that “the joy is in the building, not the having.”
And Lyles, who is the president and CEO of Fresno-based Lyles Diversified Inc., has done a lot of building. For three-quarters of a century, the company has ridden the crest of California’s booms— oil, water, real estate, energy, technology, farming — while avoiding the busts that swallowed many others.
Thus the title of his memoir, written with Betsy Lumbye, is apropos: “The Joy of Building: My Life in Business, Community Affairs, and Philanthropy.” 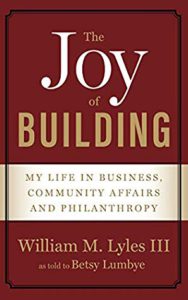 From 2 p.m. to 3:30 p.m. on Saturday at Clovis Book Barn, Lyles will turn his attention from building to signing copies of his book, which launched last August with a reception at Fresno State.
The book signing is one of two in the Fresno area Saturday.
Tanya Nichols and Bill McEwen will also read from “Stinger,” their Valley-based novel, at Barnes & Noble in the Villagio Shopping Center. That event begins at 1 p.m. Nichols, who teaches writing and literature at Fresno State, is the author of two other novels. McEwen is a columnist and news director of GV Wire. At 85 years old, Lyles continues to be a driving force in Fresno’s civic, educational, and cultural institutions.
An engineer by trade, the Purdue University graduate has contributed much to Fresno State, where the Lyles College of Engineering and Lyles Center for Innovation and Entrepreneurship bear the family’s name.  Lyles Diversified owned half of surveillance security manufacturer Pelco when it sold for $1.5 billion in 2007.
Yet Lyles somehow has managed to keep a low public profile. Some people, perhaps, know pieces of his story. The book ties those pieces together and covers Lyles Diversified history, reach, influence —and the breadth of the family’s philanthropy.
In addition, Lyles casts a critical eye at Fresno’s leadership through the years in the book’s later chapters.

Lumbye is a California-based writer who spent three decades in newspapers around the United States, including The Fresno Bee, where she was executive editor.
She is the author of “Beyond Luck: The Improbable Rise of the Berry Fortune Across a Western Century.” The book tells the story of Clarence Berry, a poor farmer from Selma, who made a fortune twice over as a gold miner in the Klondike Gold Rush and as the founder of Bakersfield-based Berry Petroleum Co., which sold for nearly $5 billion in 2013.
Lumbye’s most recent book is “Party of Three: The Bennetts and Palm Springs.”