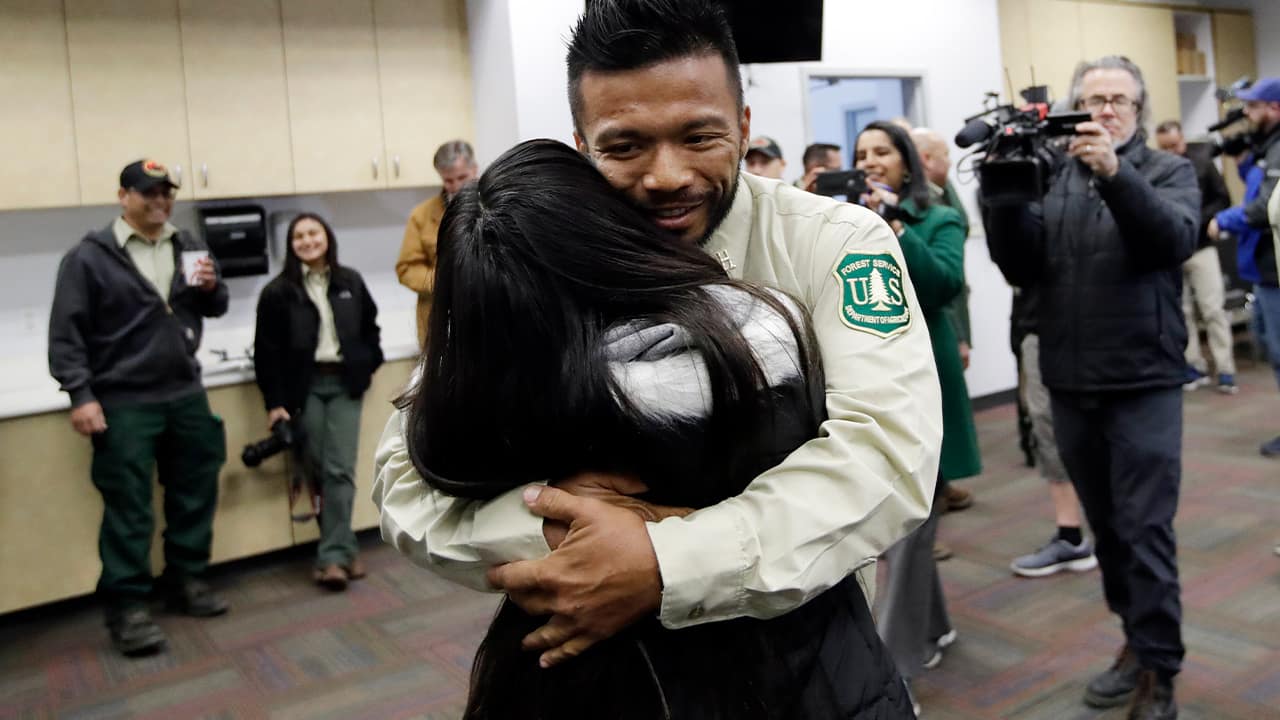 LOS ANGELES — Twenty firefighters from California returned to the United States on Wednesday after spending nearly a month battling wildfires in Australia.
The firefighters based at Angeles National Forest arrived at Los Angeles International Airport and were scheduled to reunite with their families at a city fire station.

“Those guys are superheroes,” Schober said as he waited with a GoPro camera to capture his brother’s reaction.
The returning firefighters — 18 men and two women — worked on different crews in Australia.
Angeles National Forest sprawls over more than 1,090 square miles of the San Gabriel Mountains, which form a wilderness backdrop to metropolitan Los Angeles. Firefighter Leonard Dimaculangan, of Pasadena, Calif. center, is greeted by his mother Lucita, right, and daughter Promise, 11, after arriving from a deployment fighting wildfires in Australia Wednesday, Feb. 5, 2020, in Los Angeles. 20 firefighters from the Angeles National Forest worked with the Victoria Rural Fire Service to fight the blazes that are consuming Australia. (AP Photo/Marcio Jose Sanchez)