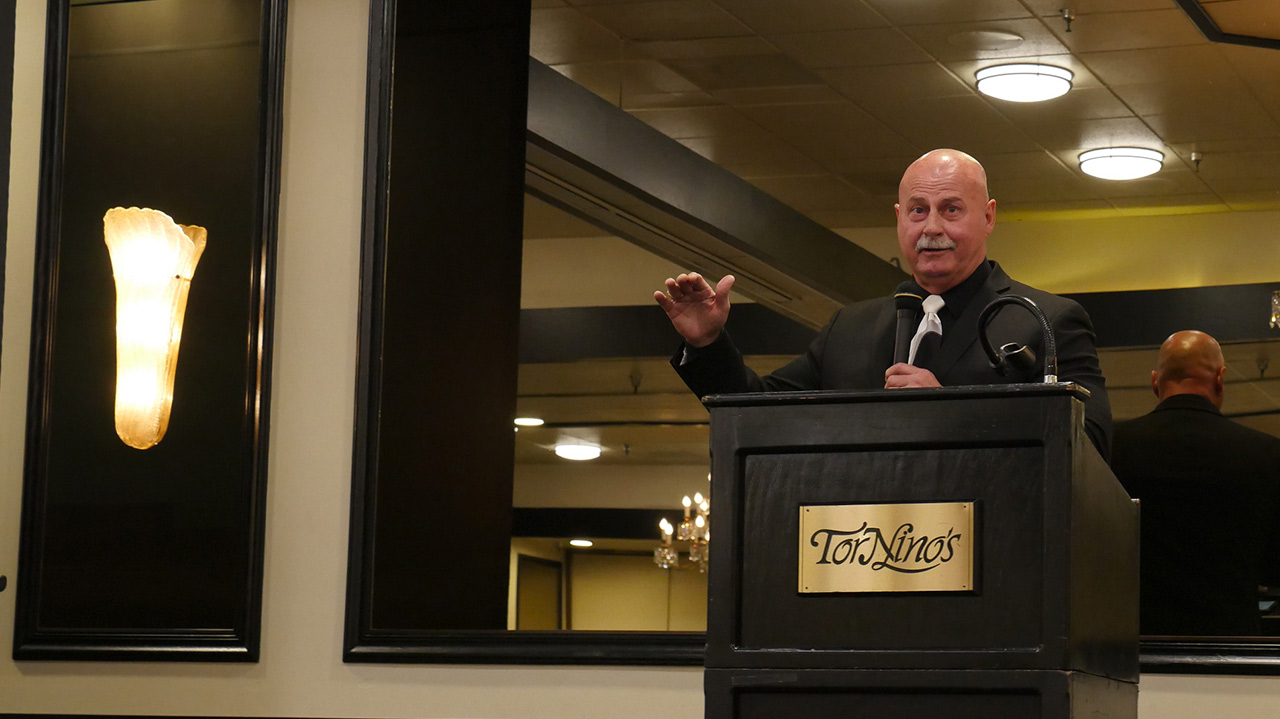 Jerry Dyer says Fresno residents all over the city have been consistent in sharing their priorities with him. Public safety and homelessness top the list.
Dyer, a candidate for mayor, spoke to the Fresno Area Hispanic Foundation on Wednesday morning at TorNino’s. In a 20-minute speech, Dyer outlined his plans to address those problems, as well as the city’s business climate.

Listen to this article:
Fresno County prosecutor Andrew Janz was also invited but could not attend — for good reason. His wife gave birth to a baby girl on Tuesday night, Wilhelmina Rose Janz. Mother and baby (all 7 pounds, 14 ounces of her) are healthy.


Related Story: Janz Family Has a Baby Girl. Her Name Is Wilhelmina Rose.

Dyer touted navigation centers as the best approach for supporting homeless people. He sees it as a way to bring multiple services — dependency treatment and mental health counseling — directly to those living on the streets.
“Currently the option we have today is that they are all over the city,” Dyer said. “They are in the shopping centers, they are in the neighborhoods, along the freeways. It is very difficult to bring services to those individuals when they are spread out.”
When people are ready to exit a navigation center, Dyer said he would consider providing them shelter in tiny homes, based on a model in Austin, Texas, or repurposed train cars, a model used in Vancouver, B.C.
“We can all decide as a community where they ought to be,” Dyer said.
He said that “experimental navigation centers” in Fresno have a 55% success rate in moving the homeless to transitional housing.

The former police chief said that combating gangs is one of the top safety concerns. He wants to prevent Fresno youth from joining gangs in the first place by offering after-school programs and supporting vocational education.
“We know that traditional education isn’t for everyone,” Dyer told the audience of about 100. He said he’s encouraged about the increase in career technical education offerings in local high schools, as well as middle schools.
“I don’t know that we have an unemployment problem as much as we have an unemployable problem,” Dyer said regarding workforce shortages for construction workers and truck drivers.

Dyer talked about how difficult it is to operate a business in California and Fresno.
“When I go to Clovis, they roll out the red carpet. When I come to Fresno, they roll out the red tape,” Dyer said. It’s a line he’s used multiple times on the campaign trail.
His plan, if elected, is to take a deep dive in the city’s planning department and understand the culture.
“Maybe the culture is that they are risk-averse. And, we know that anyone who is risk-averse is going to gravitate to ‘no,’ ” Dyer said.
Dyer proposed hiring an outside firm to provide a complete analysis, comparing Fresno to other cities, and learning the best practices.

“Polls really are meaningless to me, quite frankly. The only poll that matters to me is what people do on election day.” — Jerry Dyer
A recent GV Wire poll indicated a close race, with Janz holding a two-point advantage (47% to 45%). Dyer downplayed its significance.

“Polls really are meaningless to me, quite frankly. The only poll that matters to me is what people do on election day,” Dyer said after Wednesday’s event. He said he’s seen polls that conflict with one another.
Dyer predicted that people will support him based on what he’s done over the last 18 years as police chief.
“I believe I’ve proven myself,” Dyer said.
Fresno 4 All, a collaboration of six groups, has invited Dyer and the other candidates to attend a Feb. 13 forum originally scheduled for Thursday. Dyer initially said he would attend the forum but then changed his mind, citing another event scheduled for that day.
On Wednesday, he didn’t commit to participating in the rescheduled Fresno 4 All forum.
“I’ve been invited to probably 70 speaking engagements, forums, debates,” Dyer said. “I have to be strategic in where I spend my time and how I spend my time.”
Dyer noted the only day he’s taken off in the last five months is Christmas Day.
“There’s no way to please everyone,” Dyer said.

Two Fresno city councilmembers, Miguel Arias and Esmeralda Soria, attended the Wednesday breakfast event.
Both said they have yet to make an endorsement in the mayoral race.
Including Dyer and Janz, seven candidates will be on the ballot. The election is March 3, with ballots going out through the mail on Feb. 3. 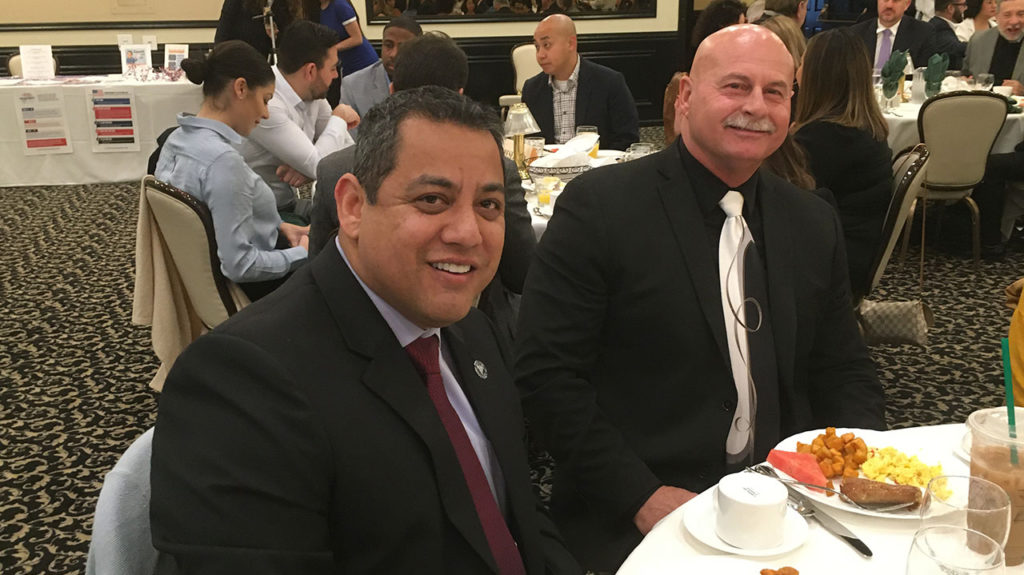 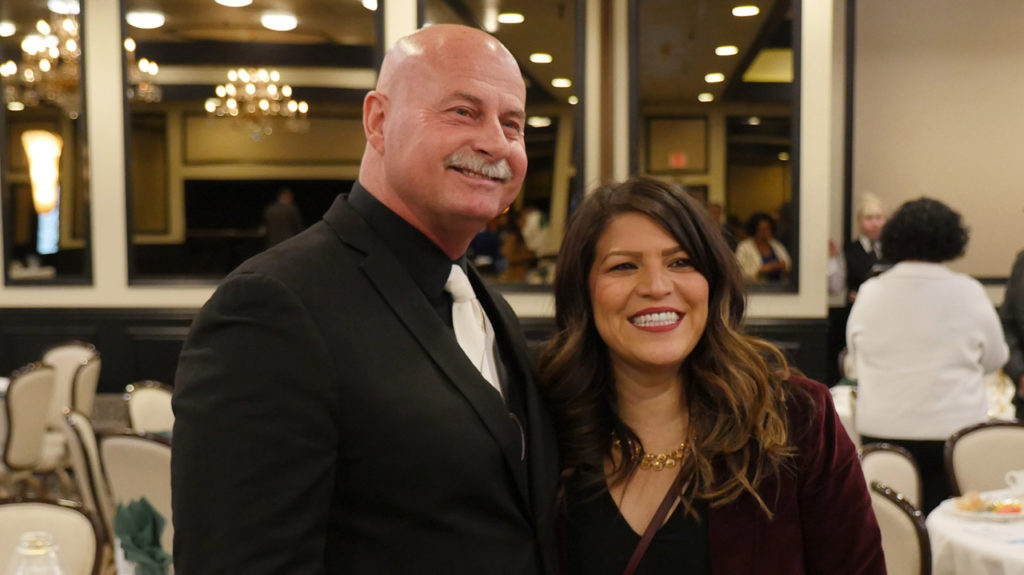