A Tale of 2 Migrations: Before and After New Trump Policies 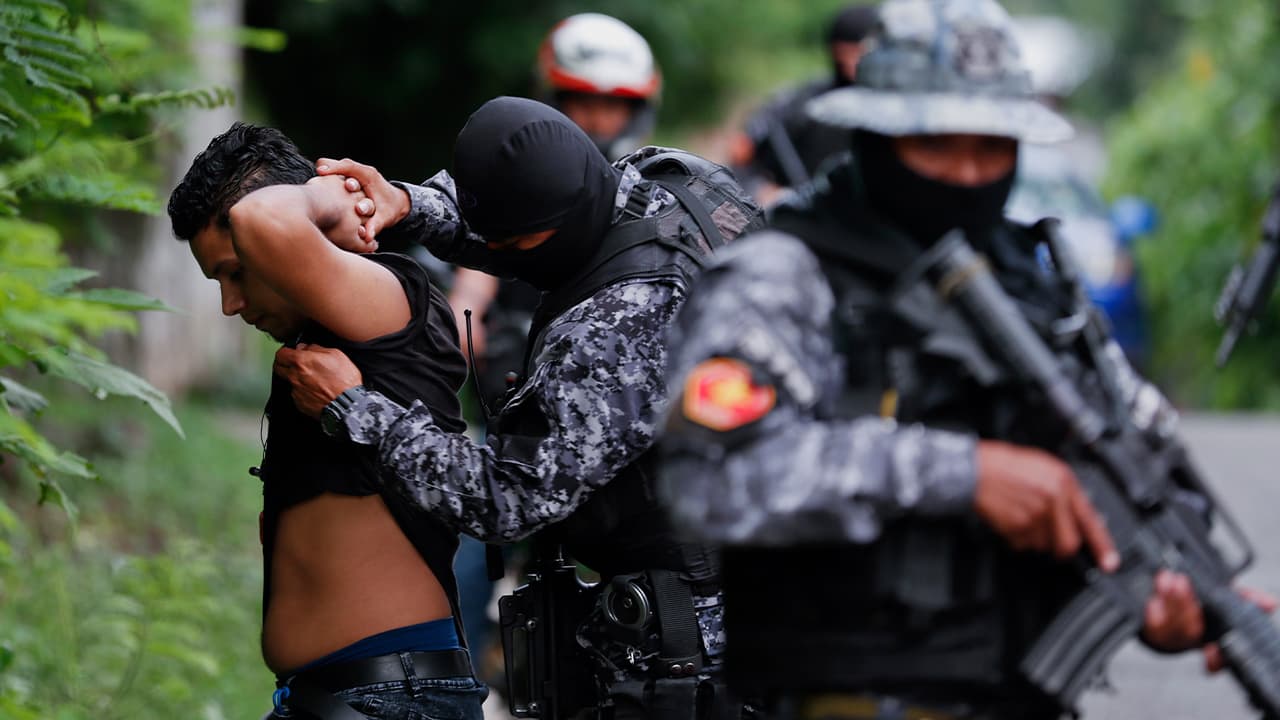 SANTA ANA, El Salvador — María Teresa Carballo was worried. She hadn’t heard from her daughter-in-law since the young woman and her two young children left with a smuggler for the U.S. border a week earlier.
The silence was unexpected: Seventeen other members of Carballo’s family had undertaken the same journey between last December and May, and all had made it safely after paying the smuggler $3,000 per person.
This October day was the first inkling that something had changed, and the family’s perfect streak had ended. Carballo Lives in a Neighborhood Controlled by One Gang

Like much of Central America’s massive migration of recent years, the driving force behind the Carballo family’s exodus has been fear.
Their hometown of Santa Ana, a city of 260,000, is at the center of an important coffee-growing area not far from the border with Guatemala. Two gangs divide its territory.
Carballo lives in a neighborhood controlled by one gang, but every morning at 5 a.m. she travels to the city’s central market, which is controlled by another gang, to buy yuca, plantains and potatoes to make the fried chips she sells for a living. She goes alone because the opposing gang would target her youngest son just for living in the other gang’s territory.
She has reason to fear. On a stormy night in 2010, her 17-year-old grandson, Antony, disappeared after being lured from home by a classmate who said there was a girl who wanted to meet him. The classmate was joining a gang and Antony, a resident of the rival gang’s territory, was his ticket in.


Related Story: Bloomberg: US Would Benefit From More, Not Fewer, Immigrants

Antony’s body was discovered two years later in a septic pit. Until then, Carballo had been outspoken in her search, badgering police when they encouraged her to let it go. After the body was found, relatives urged her to bury him quietly, out of fear.
She refused.
“We didn’t hide. We were always showing our face, we buried him, we held a wake when they gave us the body,” she said. The man responsible for his murder “knows why he’s locked up and when he gets out he could send someone.”
After that, the family’s exodus began.
The first to go was the father of the two grandchildren caught with their mother in October, who had narrowly escaped multiple kidnapping attempts working as a gas deliveryman. Another son and Antony’s two sisters and their families soon followed.

On Nov. 3, the Young Woman Made Good on Her Pledge to Try Again

The son, who left with his wife and two young children in January, ran into a little difficulty when federal police tried to extort them as they passed through the southern Mexico state of Tabasco. But they made it to Ciudad Juarez on the U.S. border without further trouble. In this Oct. 9, 2019 photo, Ivania Morales, 19, is hugged by her boyfriend outside the Migrant Assistance Office in San Salvador, El Salvador. Buses with deported Salvadorans, such as Morales, arrive every day from the U.S. and Mexico. (AP Photo/Eduardo Verdugo)

Back in Santa Ana, questions burned about why things had turned out so differently for her.
She wondered if she would have had better luck at another border crossing. She recalled being told by one Border Patrol agent that something had changed over the summer and they were no longer allowing Salvadorans into the country.

That’s when the Trump administration struck a series of agreements with El Salvador, Guatemala and Honduras to stem the flow of migrants at the southern border, something she had never heard of. Under those pacts, immigrants who pass through those countries on the way to the U.S. are effectively barred from seeking asylum in America.
Since returning home the young woman doesn’t feel safe. Living in gang territory, she said she feels exposed and penned in, unable to move freely.
Asked if she’d make a third try, she said, “Not anymore.”
“It’s difficult to be travelling so much. It’s really far, the children are small … It wasn’t a nice experience to be locked up so long,” she said.
She and her husband have agreed to give up on trying to reunite the family.“He doesn’t want us to keep trying,” she said. “He’s scared too.”