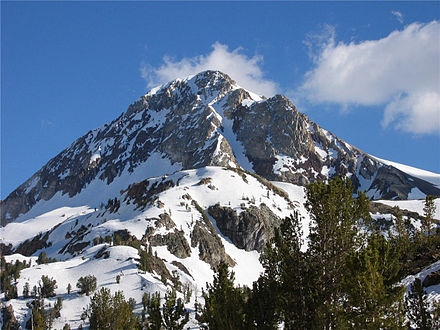 BRIDGEPORT — Authorities say two women were killed while climbing an icy canyon on California’s Red Slate Mountain.
The Mono County Sheriff’s Office says a helicopter crew spotted the bodies Monday at an elevation of about 12,000 feet. An operation to recover the bodies of two women who died in the eastern Sierra Nevada on Oct. 29, 2019. (Mono County Sheriff’s Office)

Because of high winds and steep terrain recovery efforts were delayed until the following day.
The sheriff’s office identified the climbers as 22-year-old Michelle Xue of Los Angeles and 34-year-old Jennifer Shedden of Mammoth Lakes.
Officials say the women, who were experienced and well-equipped, were likely struck by falling rocks on the peak in the Sierra above Convict Lake.
The search began after the pair didn’t return as planned on Sunday.

Not out of Woods yet, but Winds Driving California Fires Die