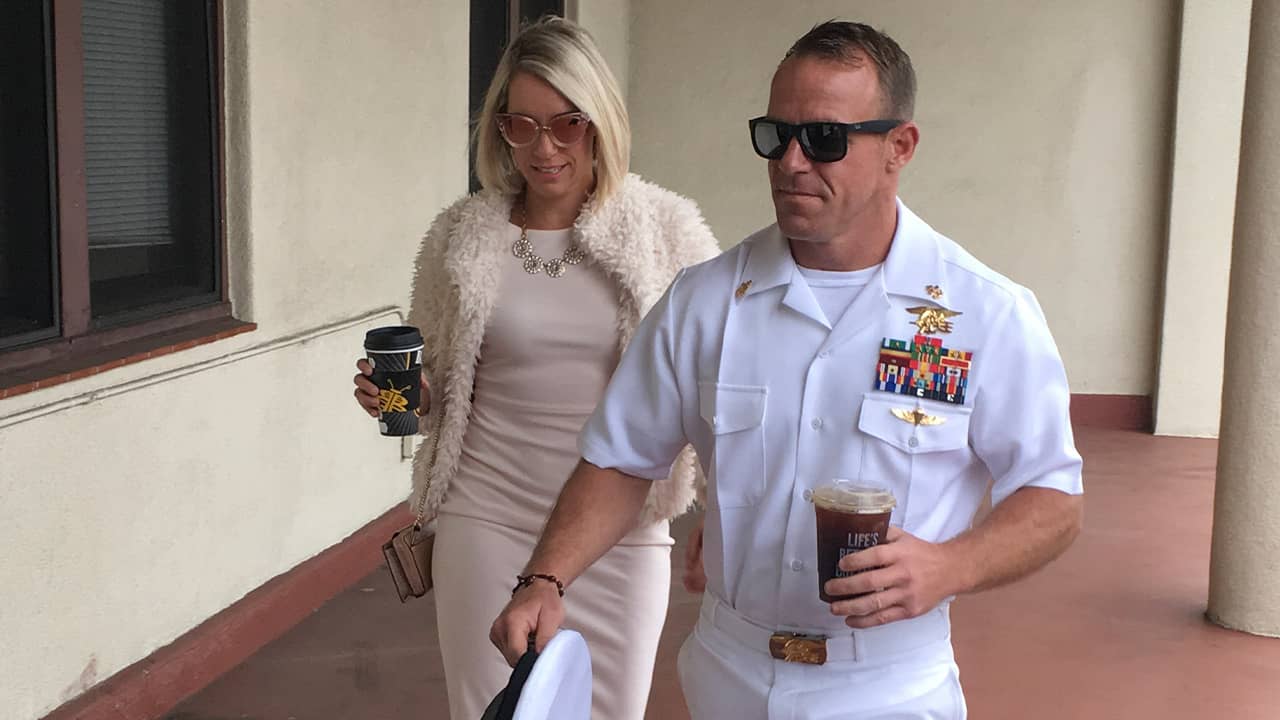 SAN DIEGO — A Marine who worked jointly in Iraq with a decorated Navy SEAL accused of murder testified Thursday that the platoon chief did not stab a wounded teenage Islamic State prisoner as alleged by other platoon members.
Marine Staff Sgt. Giorgio Kirylo said he watched as Special Operations Chief Edward Gallagher tried to save the 17-year-old captive and never saw him use his hunting knife on him.


Related Story: Witness at Navy SEAL Trial: I Killed Victim Out of Mercy

He said the platoon members took turns taking photos with the body because they were excited that they had coordinated an air strike with Iraqi troops that had killed Islamic State fighters including the captive’s commander.
“This was our unofficial war trophy,” the Marine Raider said.
Kirylo statements contradict those of SEALs who testified that Gallagher, who was on his eighth deployment, stabbed the prisoner.
Two of the SEALs testified that they witnessed the stabbing, but one — Corey Scott — said he was the one who ultimately killed the militant by plugging his breathing tube with his thumb as an act of mercy.


SEALs Said Their Names Were Made Public, Spread on Social Media

The Navy said it is reviewing Scott’s statements following his stunning testimony last week and it may press perjury charges.
Kirylo said he was close friends with several SEALs who reported the stabbing, but he now considers them liars.