Work begins Thursday on an expansion of the California 9-11 Memorial in Clovis that will include scaled replicas of the Twin Towers and Pentagon, a bronze statue of first responders, and a water feature representing design elements of the National 9-11 Memorial in New York. 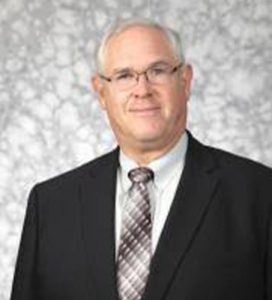 “We believe that this memorial will beautifully represent America’s spirit of bravery, honor, and service.” — California 9-11 Memorial board chairman Jerry Cook

In addition, there will be storyboards to educate future generations about the terrorist attacks and airline hijackings on Sept. 11, 2001, according to the memorial’s board of directors. The Twin Towers and Pentagon replicas will be built on a 1/100th scale.

The group hopes to have the expansion completed in time for this year’s remembrance event.

Private Donations Will Pay for Expansion

The expansion also incorporates the position of the sun to cast light on the bronze statue at the exact time of the first attack (8:45 a.m.) in New York and a shadow on the Pentagon at the exact site of the impact there.

“We are honored to be working with such a committed group of citizens to realize this Memorial expansion,” said Jerry Cook, the board chairman. “We believe that this memorial will beautifully represent America’s spirit of bravery, honor, and service. As a board, we work to ensure that our community will never forget the events of 9-11 and with this expansion, we will continue to remember, honor, and educate.”

Construction fencing will go up this week at the memorial, which is at 3500 Never Forget Lane. Heavy equipment will begin a demolition that leaves only the flag pole and the Memorial stone.

Former Pelco CEO David McDonald led the effort to create the California 9-11 Memorial to honor and remember the 2,977 people killed. After the attacks, he flew planes to New York City that picked up first-responders and brought them back to the Valley for an event honoring their heroism.

McDonald, a philanthropist whose work touched many in Fresno County, died Jan. 2 of this year.