'The Job's Not Done.' Raptors Reset, as NBA Finals Loom 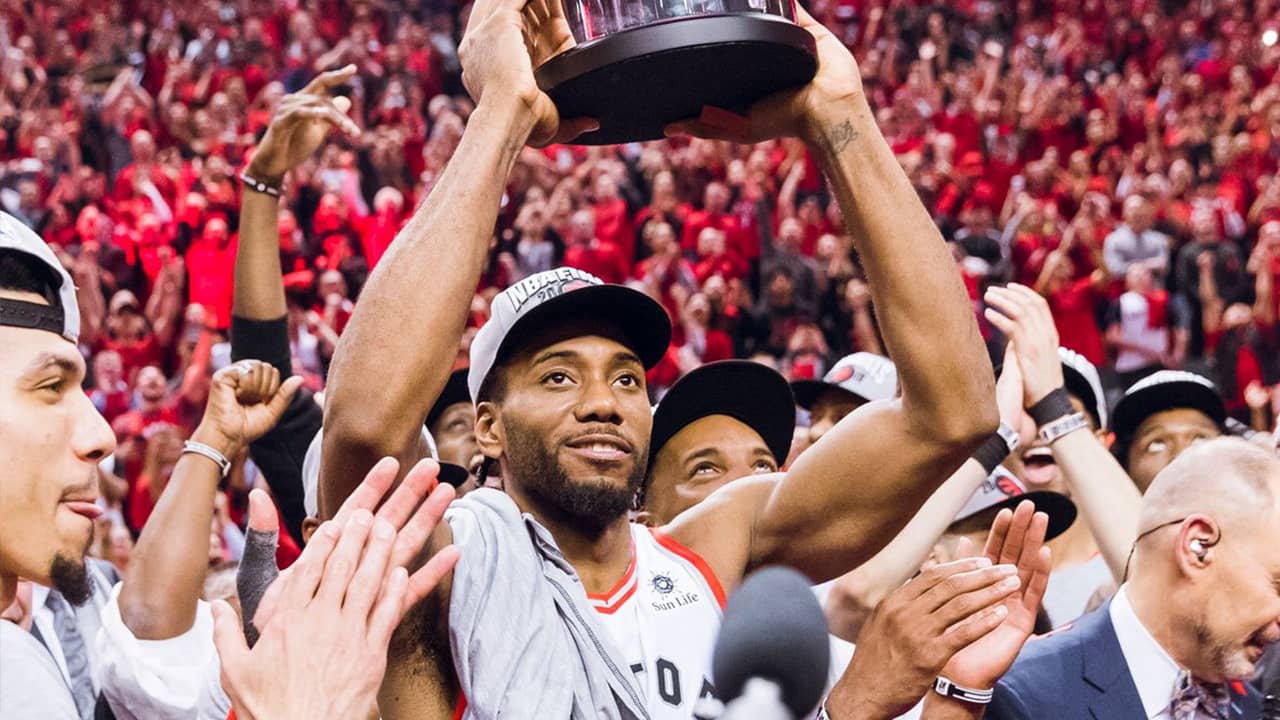 TORONTO — The parade that the Toronto Raptors enjoyed last week was an impromptu and quick one.

A chance at the real parade awaits.

“We know that we accomplished some great things. But the job’s not done.” — Raptors guard Danny Green

There is a clear back-to-work vibe coming from the Raptors as they get ready for Game 1 of the NBA Finals against the two-time defending champion Golden State Warriors on Thursday night in Toronto. There was some reveling late last week for an hour or two after winning the Eastern Conference title, but that feeling is nowhere to be found anymore.

“We know that we accomplished some great things,” Raptors guard Danny Green said. “But the job’s not done.”

When the Raptors won the East, after the on-court celebrations and a few moments back in the locker room, someone got the brilliant notion to take the silver conference-championship trophy to what’s known as “Jurassic Park” — the outdoor area usually called Maple Leaf Square, unless the Raptors are playing.

So, with players flanked by security and Drake — of course — Kyle Lowry carried the trophy out through an arena concourse long after the game was over on Saturday night, past hundreds of lingering fans who tried to get hugs and photos, and the group eventually made their way toward the outdoor stage. Most fans were gone by then, and the party didn’t last long.

Handling This Moment Is Sure to Be a Challenge for Raptors

By Sunday, Lowry had shifted his focus to the finals anyway.

“Pretty much,” Lowry said. “It’s a big task at hand. We know we’ve got a good team, and we’ve got to be focused every single possession. They’re all going to be massive in this series.”

Handling this moment is sure to be a challenge for the Raptors, since most of the players on Toronto’s roster haven’t been to the finals before.

If there is a silver lining there, it’s that Toronto has already dealt with the mood-swing pendulum in these playoffs.

The most worried Raptors coach Nick Nurse has been about a game so far this postseason was Game 1 of the East finals at Milwaukee — a game that came a couple days after Kawhi Leonard’s buzzer-beating jumper hit the rim four times before dropping in and giving Toronto a win in Game 7 of the East semifinals against Philadelphia.

“If there was ever a time I thought maybe a disastrous moment could happen, it was then,” Nurse said. “But man, we played great. Totally outplayed them. We played tough. We didn’t win the game but I thought we outplayed them almost all the way through. We just didn’t get the ball to bounce our way. We might have used a couple bounces a couple days earlier. But again, that just showed me our team was capable of kind of keeping their emotions in check.”

They’ll need to be that way again Thursday night.

Arena Will Be Electric for Game 1

“Obviously, it’s a great accomplishment, and we’re happy to be taking that next step. But you want to win a championship. You want to win the whole thing. It’s not about just making it to the finals.” — Fred VanVleet, the Raptors’ backup guard

“None of us in October and July and June of last year were working out thinking about the conference finals,” the Raptors’ backup guard said Tuesday. “Obviously, it’s a great accomplishment, and we’re happy to be taking that next step. But you want to win a championship. You want to win the whole thing. It’s not about just making it to the finals.”

The arena will be electric for Game 1. Jurassic Park will be rocking yet again. But the quick little trophy parade through the halls and stairwells of Scotiabank Arena — one where Green revealed on his podcast earlier this week that reserve OG Anunoby was inadvertently decked in the eye by a celebrating fan, and where Leonard needed two security staffers to clear his path — will be long forgotten by the Raptors when Game 1 rolls around.

“I think everybody understands that,” Raptors center Marc Gasol said. “You get to kind of soak it in and enjoy that moment and after that night, the next morning, it’s on to the next challenge.”

Everyone knows what that challenge is, too.

The Warriors are coming.

“I think along this little playoff run there’s been some critical, critical games,” Nurse said. “There’s been some ups and downs, and again, I know I keep (sounding like a) broken record, but we’re just trying to take what’s in front of us. And right now, it’s Game 1.”