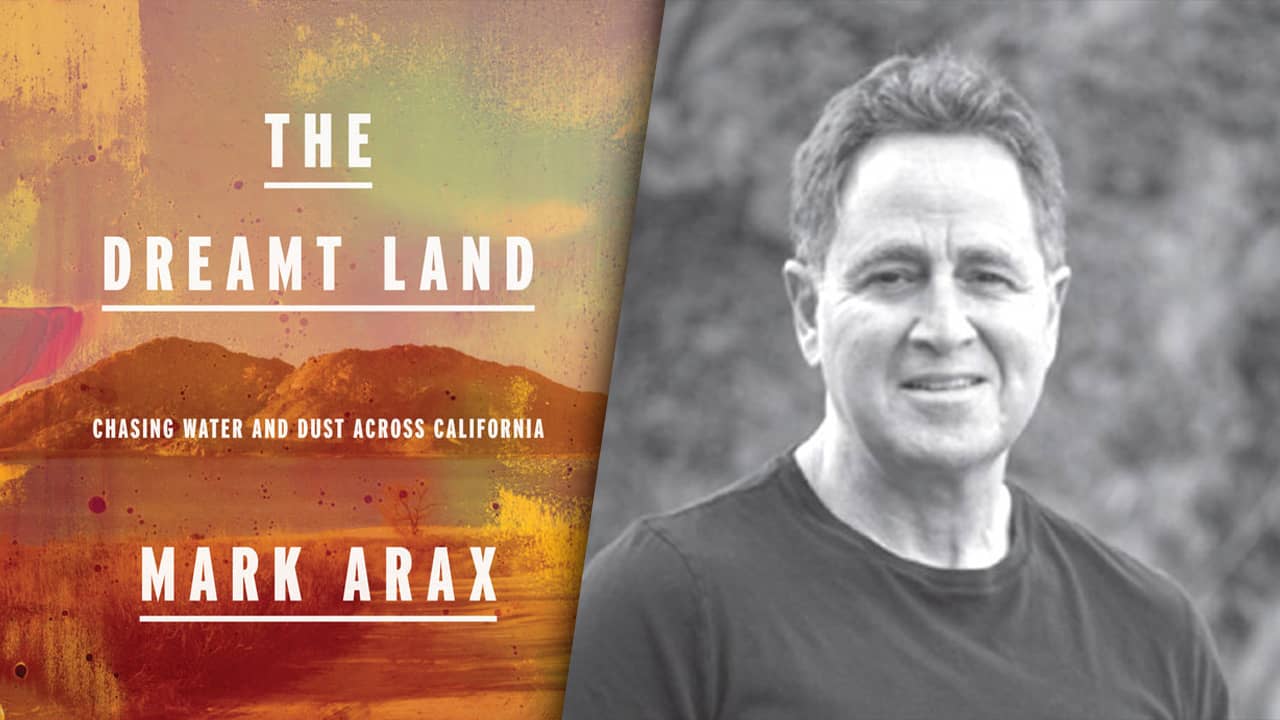 Mark Arax is on a roll.

In April, the Fresno author and journalist received a James Beard Media Award for feature reporting for “A Kingdom from Dust.” The story was also a finalist in feature writing for the National Magazine Awards.

The Dreamt Land is Arax’s “crowning achievement, a work of reportage that is also a work of literature. It belongs on the short list of great books about the state.” — Book critic and author David Ulin

The piece, which chronicled the agricultural empire of Stewart and Lynda Resnick, appeared in California Sunday Magazine.

“It’s always nice when people in New York are reading a story about California — a complex story — one that doesn’t play to all the stereotypes that New Yorkers often have of California,” Arax told fresnostatenews.com. “It’s doubly nice when they read it, understand it and decide to honor it.”

Forbes magazine says of the Resnicks: “nearly half of all Americans purchase one of their products, including Halos mandarin oranges, POM Wonderful and Fiji Water.”

On Friday, Arax will kick off the national book tour for his latest book with a fundraising event for Friends of the Fresno County Public Library. Proceeds benefit the new Clovis Library.

“An Evening with Mark Arax” is scheduled 7 p.m.-9 p.m. at the Clovis Veterans Memorial District Building. Arax will read from and discuss The Dreamt Land: Chasing Water and Dust Across California. You can buy advance tickets, at $10 apiece, at this link. Tickets are $15 at the door.

You can read an excerpt from The Dreamt Land here.

The book, a Penguin Random House release, is receiving praise from critics

Kirkus Review says that “Arax offers a sweeping, engrossing history of his native California focused on the state’s use, overuse, and shocking mismanagement of water. … Drawing on historical sources and nearly 300 interviews, Arax reveals the consequences to land and wildlife of generations of landowners who have defiantly dug, dammed, and diverted California’s waters.”

Says author and former Los Angeles Times book critic David Ulin of The Dreamt Land: “Nuanced, deeply researched, and profoundly personal, it offers, through its history of agriculture in California, a deep dive into the soul of the state. Arax has written about rural California for many years. This is his crowning achievement, a work of reportage that is also a work of literature. It belongs on the short list of great books about the state.”

One of Arax’s previous books, The King of California, which was co-written with Rick Wartzman, won a California Book Award and the William Saroyan Prize from Stanford University.

Arax Talks About His Four Books

“It started after my dad was murdered and no one, not my mom or uncles or the cops, could tell me why,” Arax said. “The first book, ‘In My Father’s Name,’ is really an exploration of Fresno. The second book, ‘The King of California,’ I’m exploring the Valley around it. The third book is all of California, the ‘West of the West’ in a series of essays. And then this fourth book goes beyond all of those; it just tells the whole story of how we created this state — what it was, what it is and where it’s headed.”

Stronach Group at Center of Best and Worst of Horse Racing