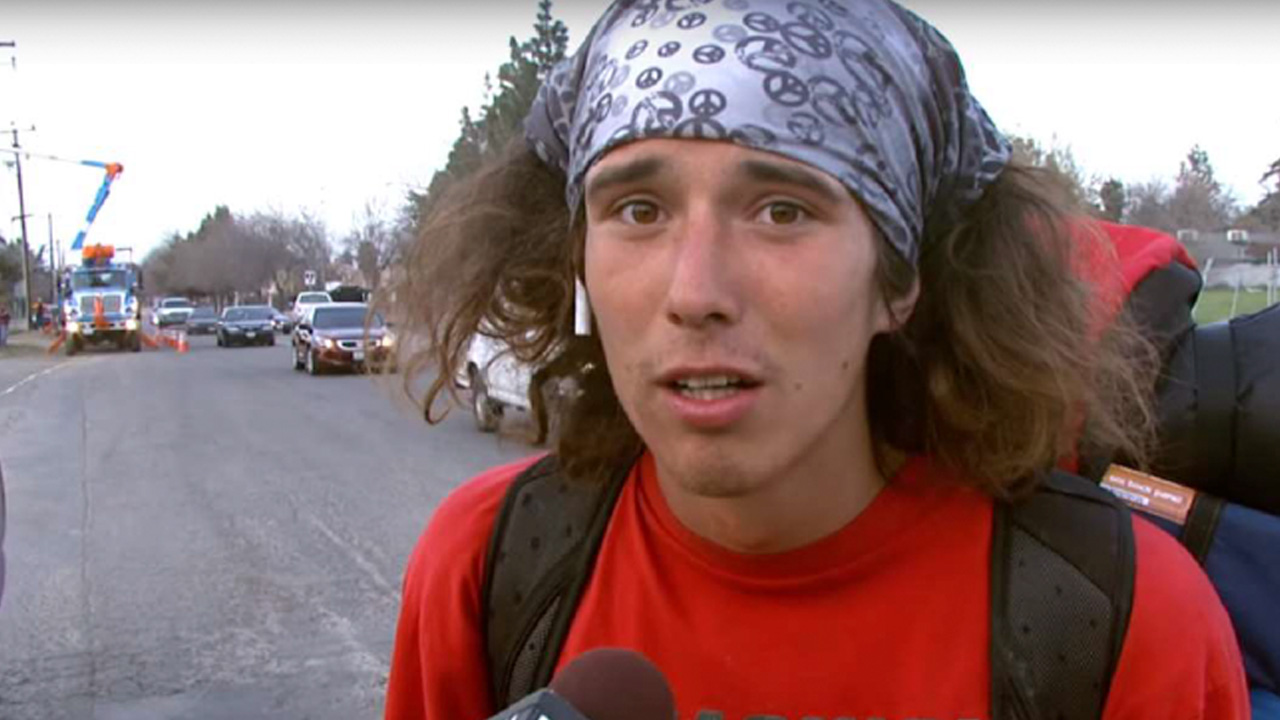 ELIZABETH, N.J. — A man who gained Internet fame as “Kai the Hatchet-Wielding Hitchhiker” has been convicted of first-degree murder in the beating death of a New Jersey man almost six years ago.
Jurors in Union County convicted 30-year-old Caleb “Kai” McGillvary on Wednesday in the May 2013 death of 73-year-old lawyer Joseph Galfy. Authorities said the two met in New York and the defendant stayed at Galfy’s home. McGillvary was arrested in Philadelphia days later.
McGillvary alleged that he acted in self-defense following an attempted sexual assault, but prosecutors said his statements were inconsistent and also cited the victim’s extensive injuries.
The Canadian gained some online fame after intervening in a 2012 assault on a Fresno PG&E worker in which he described using a hatchet to fend off a further attack.
A video of McGillvary’s 2012 interview with KMPH News in Fresno available on YouTube. (Caution: contains strong language and graphic descriptions).