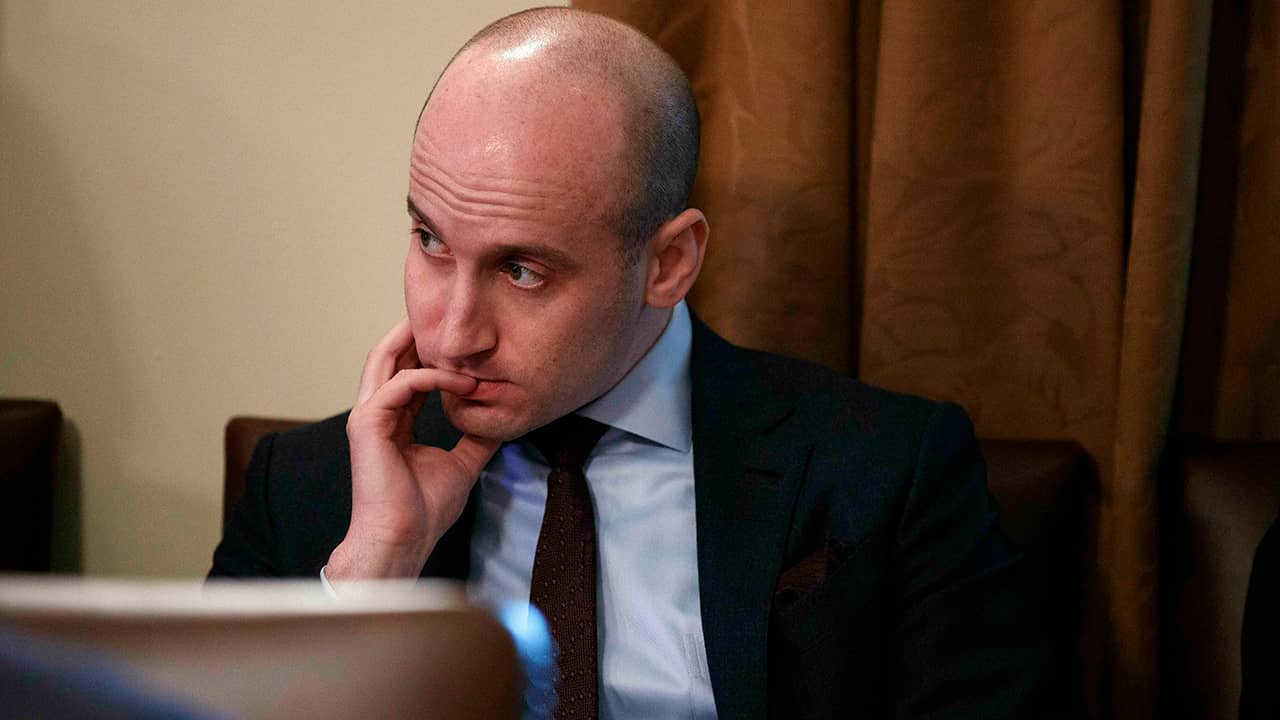 WASHINGTON — As President Donald Trump rails against an influx of migrants at the border, two of his most influential White House power players are at odds over the future of his immigration policy.

No Ill Will Between Kushner and Miller Say Officials

The conflict came into focus during a recent White House meeting when Trump effectively knighted Miller, saying the aide would oversee immigration going forward. But Kushner had already been tasked by the president with coming up with a legal immigration plan, which Trump was briefed on this week.
“We’ll talk to you about it soon,” Trump said Wednesday of Kushner’s plan, labeling it “very exciting, very important for the country.”
Despite the aides’ differing approaches, administration officials insist there is no ill will between Kushner and Miller, who have worked together over the years at the White House and on Trump’s campaign. The two are among the last remaining members of Trump’s tightknit 2016 team to still work at the White House and have been longtime collaborators, co-writing speeches, including the president’s convention address.
But for all that, the two hold fundamentally different views on immigration and notions on how Trump ought to govern.
Miller, the unrelenting hard-liner, sees illegal and legal immigration as existential threats to national security and the American worker, and views Trump as a generational voice willing to make dramatic changes. Kushner, a former Democratic-leaning real estate developer, sees a broken immigration system as another intractable Washington problem that could be solved with the right deal.
That leaves them working at cross purposes at times.

After Trump threatened to shut down the southern border two weeks ago, Kushner was among those whom Homeland Security officials worked with to get the president to back off. Indeed, Kushner is seen within the department as someone who accepts the realities of legal limitations and can be trusted to calm Trump down, not spin him up, as they feel Miller tends to do on immigration, according to three administration officials with knowledge of the dynamic. They spoke on condition of anonymity because they were not authorized to publicly discuss internal deliberations. In this April 5, 2019, photo, White House senior adviser Jared Kushner listens as President Donald Trump participates in a roundtable on immigration and border security at the U.S. Border Patrol Calexico Station in Calexico, Calif. As Trump rails against an influx of migrants at the border, two of the most influential White House power players are finding themselves at odds over immigration policy. Fresh off orchestrating a shake-up at the Department of Homeland Security, an ascendant Stephen Miller is making a renewed push to bring about tougher policies at the border. Meanwhile, Kushner has been quietly working on his own broader immigration reform plan. (AP Photo/Jacquelyn Martin)

But former officials said the absence of clear lines of authority and the recent purge of senior leadership at Homeland Security could create confusion, leaving the agency to implement whichever viewpoint wins the day.
“To whom are we listening? Who’s setting the priorities?” said David Lapan, the department’s former press secretary.
Thad Bingel a former senior Homeland Security official, who helped shepherd outgoing Homeland Security Secretary Kirstjen Nielsen through her confirmation process, echoed those concerns, saying that when it’s not clear who’s in charge at the White House, departments and subagencies “spin their wheels a lot trying to satisfy multiple masters.”
Raising the stakes further is that Kushner is no mere White House aide — he’s the president’s son-in-law and has proven capable of forcing staff turnover at the highest level. He was instrumental in the departure of two chiefs of staff and the president’s former chief strategist.
Kushner’s latest efforts on immigration date to early January, when Trump asked him to pursue a deal with lawmakers that would win the president more money for his border wall during the government shutdown.

While White House officials caution that the plan has yet to be finalized, aides said it would include “merit based” changes to the legal immigration system as well as proposals on border security that could include modernizing ports of entry and changing the way the country detains and removes people who enter the country illegally.