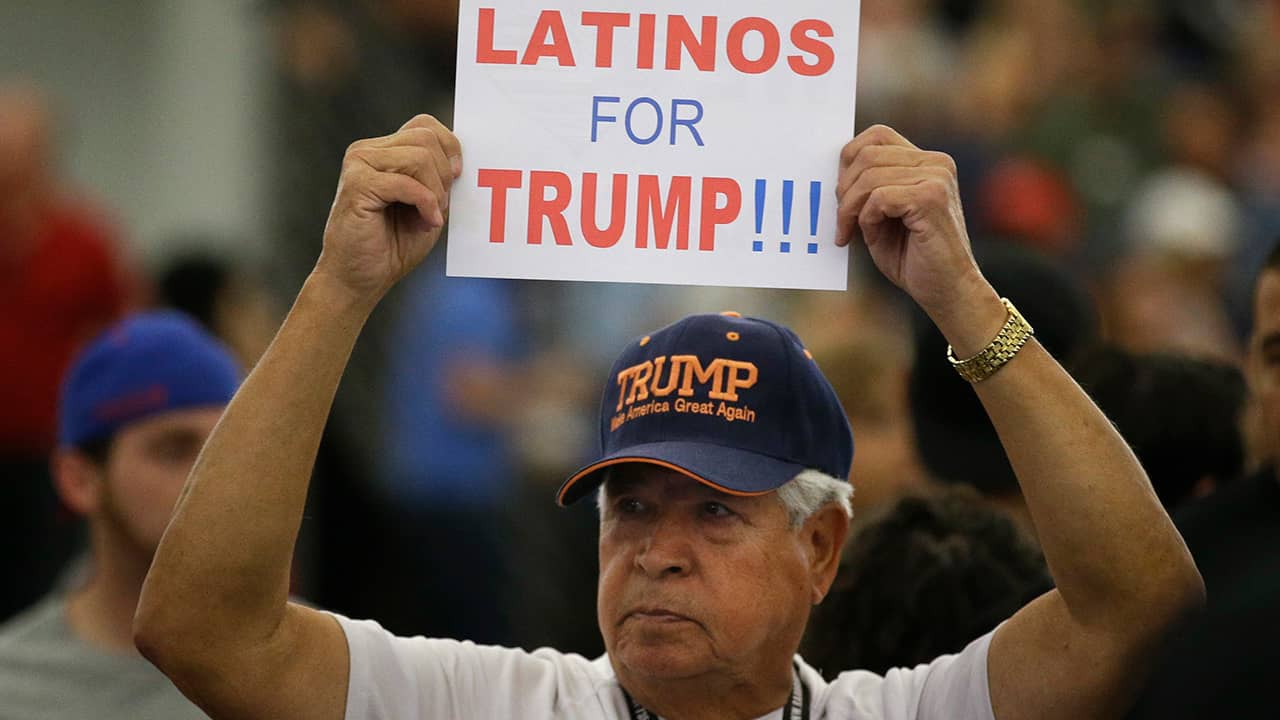 LITTLETON, Colo. — Pedro Gonzalez has faith in Donald Trump and his party.
The 55-year-old Colombian immigrant is a pastor at an evangelical church in suburban Denver. Initially repelled by Trump in 2016, he’s been heartened by the president’s steps to protect religious groups and appoint judges who oppose abortion rights. More important, Gonzalez sees Trump’s presidency as part of a divine plan.
“It doesn’t matter what I think,” Gonzalez said of the president. “He was put there.”
Though Latino voters are a key part of the Democratic coalition, there is a larger bloc of reliable Republican Latinos than many think. And the GOP’s position among Latinos has not weakened during the Trump administration, despite the president’s rhetoric against immigrants and the party’s shift to the right on immigration.
In November’s elections, 32 percent of Latinos voted for Republicans, according to AP VoteCast data. The survey of more than 115,000 midterm voters — including 7,738 Latino voters — was conducted for The Associated Press by NORC at the University of Chicago.

Political Leanings Make Them Feel More Like a Minority

“They stick and they do not go away,” Madrid said. Much as with Trump’s own core white voters, attacks on the president and other Republicans for being anti-immigrant “just make them dig in even more,” he added.
Sacramento-based Rev. Sam Rodriguez, one of Trump’s spiritual advisers, said evangelical Latinos have a clear reason to vote Republican. “Why do 30 percent of Latinos still support Trump? Because of the Democratic Party’s obsession with abortion,” Rodriguez said. “It’s life and religious liberty and everything else follows.”
Some conservative Latinos say their political leanings make them feel more like a minority than their ethnicity does. Irina Vilariño, 43, a Miami restauranteur and Cuban immigrant, said she had presidential bumper stickers for Sen. John McCain, Mitt Romney and Trump scratched off her car. She said she never suffered from discrimination growing up in a predominantly white south Florida community, “but I remember during the McCain campaign being discriminated against because I supported him.”
The 2018 election was good to Democrats, but Florida disappointed them. They couldn’t convince enough of the state’s often right-leaning Cuban-American voters to support Sen. Bill Nelson, who was ousted by the GOP’s Spanish-speaking Gov. Rick Scott, or rally behind Democrats’ gubernatorial candidate, Tallahassee Mayor Andrew Gillum, who lost to Republican Rep. Ron DeSantis.
Still, in the rest of the country, there were signs that pleased Democrats. Latinos voted at high rates in an election that saw record-setting turnout among all demographic groups. Latinos normally have among the worst midterm turnout rates, and while official data won’t be available for months, a number of formerly-Republican congressional districts in California and New Mexico flipped Democratic. FILE – In this, Dec. 15, 2018, file photo, Pedro H. Gonzalez, the bi-vocational Denver pastor and board member of Colorado Family Action, poses for a photograph in Clement Park in Littleton, Colo. Republicans are holding onto a steady share of the Latino vote in the Trump era. With a president who targets immigrants from Latin America, some analysts predicted a Latino backlash against the GOP. But it hasn’t happened. Data from AP’s VoteCast survey suggests Republicans are holding on to support from Latino evangelicals and veterans. Pedro Gonzalez has faith in Donald Trump and his party. (AP Photo/David Zalubowski, File)

That’s why Republicans shouldn’t take solace from being able to consistently win about one-third of Latinos, said Madrid. They’re still losing two-thirds of an electorate that’s being goaded into the voting booth by Trump.

Trying to Stay Open-Minded About Republicans

“It’s important that your political opinions, your social opinions,” not enter into it, Gonzalez said. “We need to represent the position of ‘The Kingdom.’ ”
Gonzalez did not mention Trump in his sermon, though he spoke about the Bible as a book of governance.
Afterward the congregation gathered for bowls of posole, a traditional Mexican soup. When politics came up, church-goers struggled to balance their enthusiasm for some of Trump’s judicial appointments with their distaste at his rhetoric and actions.
“I think the president has good, Christian principles,” said Jose Larios, a parks worker. “But we feel as Latinos that he doesn’t embrace our community, and our community is good and hard-working.”
Oscar Murillo, a 37-year-old horse trainer, is not a fan of Trump’s. But he tries to stay open-minded about Republicans. He voted for the GOP candidate for state attorney general, who visited the congregation before the election. “He’s in the same party as Trump, but he seems different,” Murillo said.

Amid 2018’s Tragedies Were Moments of Compassion and Duty