It’s time for our annual roundup of the biggest Pinocchios of the year.

Once again, we face the challenge posed by President Donald Trump, who could easily dominate this list if we’re not careful. There has been no serial exaggerator in recent American politics like the president. He not only consistently makes false claims but also repeats them, even though they have been proved wrong.

The explosion of false and misleading statements from him in 2018 is well documented in our database: In the seven weeks leading up the midterm elections, the president made 1,419 false or misleading claims – an average of 30 a day. We also created the Bottomless Pinocchio, to document false claims repeated over and over again.

We wanted to keep this list to nine statements and four midterm campaign commercials, so in two cases we combined a series of Trump statements into two all-around categories, “flights of fantasy” and “caravan of claims.” Maybe that’s cheating, but we can’t let the president dominate everything, can we?

Meanwhile, the midterm election campaign, of course, was also an endless source of false claims, as an avalanche of negative ads tumbled across televisions screens. One of the president’s ads is included on this list.

Two potential opponents of the president in 2020 — Sens. Kamala Harris, D-Calif., and Bernie Sanders, I-Vt. — earn spots on our list.

In compiling this list, which is in no particular order, we mostly focused on claims that earned Four Pinocchios during the year. To keep it simple, in some cases, we have shortened the quotes in the headlines.

‘There Was No Knowledge of Any Payments’

The president and his aides denied for months any knowledge of hush-money payments before the 2016 election to women who alleged that they had affairs with Donald Trump. But the lie slowly unraveled over the course of 2018, earning the president’s lawyer a jail term and imperiling the presidency. At first, Trump’s aides said he had no knowledge of the payments. Michael Cohen, his attorney, then said he had used his own funds to make the payoffs, but Trump still insisted he knew nothing about it. Then the White House said Trump had been aware of “the general arrangement.” Trump tweeted that it was related to a monthly retainer, not the campaign. But that was false; Cohen had sought and received reimbursement from the Trump Organization. Cohen in court eventually admitted that the payments were intended to aid Trump’s presidential campaign.

Trump says many things that are factually incorrect, but he sometimes says things that are mind-blowingly false. Despite having access to more information than anyone on Earth, he persists in making claims with literally no foundation. He has repeatedly claimed that U.S. Steel announced it is building new plants – anywhere from six to nine – but that’s not true. He said that as president, Barack Obama, gave citizenship to 2,500 Iranians during the nuclear-deal negotiations, but that’s not true. Over and over, Trump claimed that the Uzbek-born man who in 2017 was accused of killing eight people with a pickup truck in New York brought two dozen relatives to the United States through “chain migration.” The real number is zero. Finally, Trump has repeatedly attacked Sen. Richard Blumenthal, D-Conn., over his Vietnam record, saying Blumenthal claimed to have fought in Danang (false) and that Blumenthal for 15 years described himself as a “war hero” (false). Blumenthal was in the Marine Corps Reserve, and before he became senator said or implied at some points that he had gone to war in Vietnam. But he never said he was in a battle, was a war hero or had near-death experiences.

Trump’s fixation on the U.S.-Mexico border has dominated the news cycle this year and certainly added to his tally of false claims. Trump and his aides claimed they did not have a family separation policy, when in fact they did. They said U.S. laws or court rulings forced them to separate families that crossed the border illegally, but that was not true. When a caravan of more than 5,000 migrants from Central America started making its way to the border, another series of dubious claims was spawned, including that people of Middle Eastern descent were involved. The president also falsely claimed that he had started building his border wall, but Congress has not appropriated the necessary funds.

‘The Democrats Colluded With the Russians’

Throughout the special counsel’s investigation of possible ties between the Trump campaign and Russia, the president has sought to deflect attention by asserting that the Democrats were the ones colluding with Russia. Many of his GOP allies have made the same claim. But Trump has little evidence to make his case, which largely rests on the fact that the firm hired by Democrats to examine Trump’s Russia ties, Fusion GPS, at the same time was working to defend a Russian company in U.S. court. In fact, U.S. intelligence agencies found that Russian entities hacked Democratic leaders’ email accounts during the campaign, and the special counsel has indicted 12 Russian intelligence officers.

‘Kavanaugh Sent a Dog Whistle for Going After Birth Control’

During the confirmation hearings on Brett M. Kavanaugh’s nomination to the Supreme Court, Sen. Kamala Harris, D-Calif., took aim at comments he made regarding “abortion-inducing drugs” while discussing a case brought by an antiabortion religious group challenging Obamacare rules on providing employees health coverage for contraception. In a highly misleading tweet, she included a video that snipped out a key part of his statement. But a plain reading of Kavanaugh’s answer during the hearings shows that it was broadly consistent with his written opinion. From the context, it is clear he was quoting the views of the plaintiffs rather than offering a personal view – a point he made when later answering questions submitted for the record. 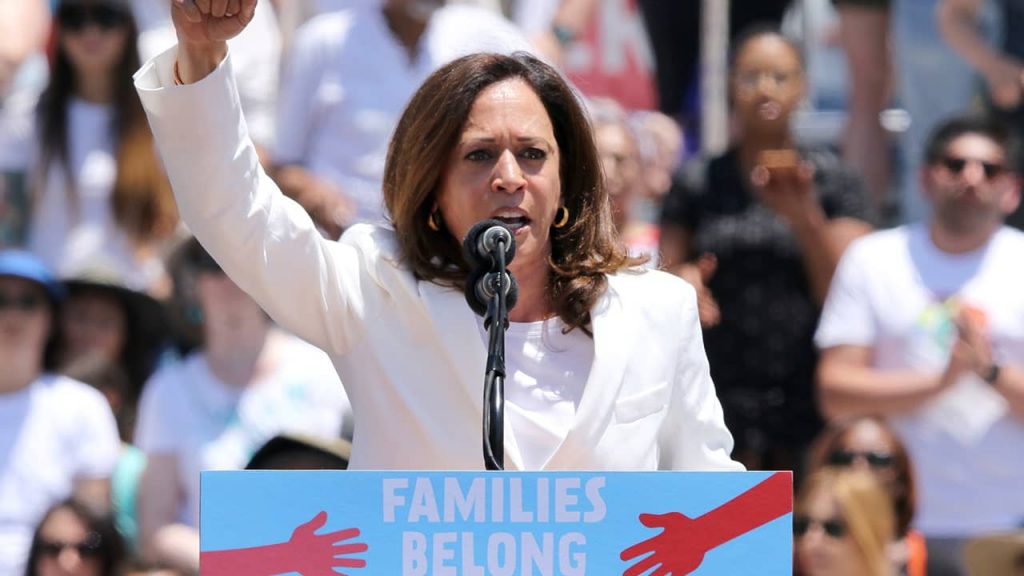 ‘Forty Percent of the Guns Are Sold Without any Background Checks’

Sen. Bernie Sanders, I-Vt., resurrected a “zombie” statistic we thought we had buried long ago. Gun-control activists had long used this number, but it was based on stale data from two decades prior. New research shows that 22 percent of gun owners reported obtaining a firearm without background checks. Moreover, among purchased firearms, the figure was 13 percent. That’s one-third of Sanders’s 40 percent claim. Firearms acquired as gifts or via inheritance accounted for a large share of the weapons obtained without background checks.

‘DOJ Initiated the Rquest for the Citizenship Question’

More than a dozen states and cities and a range of groups have sued to block the Trump administration from adding a question about a person’s citizenship to the 2020 Census. They say it’s a ruse by the Trump administration to weaken the political power of heavily Democratic states with large immigrant populations. Commerce Secretary Wilbur Ross, in sworn testimony before Congress, said that the Justice Department initiated the request to add a citizenship question to beef up enforcement of the Voting Rights Act. But emails released as part of the court challenge show that Ross worked behind the scenes to add the citizenship question months before the Justice Department sent a formal request. In other words, Justice was taking its cues from Ross all along – the opposite of what he told Congress.

Trump repeatedly has inflated the gains from his 2017 trip to Saudi Arabia, upping the amount from $350 billion to $450 billion when he came under fire for defending Crown Prince Mohammed bin Salman. According to the CIA, Mohammed probably ordered the killing of Washington Post contributing columnist Jamal Khashoggi. The administration, even with double counting, could document only $270 billion in tentative agreements. Separately, Trump inflated the job estimates from these purported investments. Many would be in Saudi Arabia, an indication that few jobs would be created for Americans.

‘The Russians Are in Florida’s Voting Records’

Sen. Bill Nelson, D-Fla., facing a tight reelection race, claimed that Russia had access to Florida’s election systems and could purge voters from the rolls. He offered no evidence, and we could not find any backing him up. When challenged on his claim, Nelson retreated to a safe space: That’s classified. But all federal, state and local election officials and law enforcement agencies contradicted his explosive claim. The threat posed by Russia to U.S. election integrity is real, but lawmakers shouldn’t spread falsehoods. Nelson narrowly lost his race after a recount.

‘Democrats Let Him Into Our Country’

Just before the midterm elections, Trump promoted a campaign ad on border security based entirely on a false narrative – that Democrats were responsible for allowing a police-killer into the United States. The reality is that Luis Bracamontes sneaked over the border under both a Democrat (Bill Clinton) and a Republican (George W. Bush) and was deported under both presidents. He returned again when a Republican (Bush) was president. Then he remained in the country through Barack Obama’s term — but it was a Republican local official who dropped the pending case. Pinning the blame on any political party for Bracamontes’s killings is a fool’s game. (We’ve documented that there is no evidence that undocumented immigrants commit crime at a higher rate than U.S. citizens; in fact, immigrants in general have lower rates of crime.)

In an 11th-hour attack ad, Republican senatorial hopeful Bob Hugin suggested there was “shocking” FBI evidence that Sen. Robert Menendez, D-N.J., had slept with underage sex workers. But the FBI affidavit cited in the ad simply listed allegations from a shadowy tipster that the FBI said it could not confirm. The FBI added that no minors could be identified. Indeed, The Washington Post had reported that the CIA and FBI had received intelligence that Cuba fabricated the tipster claims as part of a cloak-and-dagger operation to tar Menendez, a political foe. The Justice Department charged Menendez with other alleged crimes – for which he was not convicted – but never raised the prostitution allegations. The ad did not pay off for Hugin, who was swamped by Menendez.

‘If You Have a Preexisting Condition, Brian Fitzpatrick Sold You Out’

Many moderate Republican lawmakers put their careers on the line by voting for the GOP plan to repeal the Affordable Care Act — a bet that backfired. But Rep. Brian Fitzpatrick, R-Pa., was not one of them. He voted against the repeal bill, but that did not stop the Democratic Congressional Campaign Committee from running a highly misleading ad that used minor procedural votes to claim that Fitzpatrick “sold out” people with preexisting health conditions. The DCCC’s gambit did not pay off, however. Fitzpatrick was reelected.

In a crude and incendiary attack ad, senatorial hopeful Don Blankenship attacked Senate Majority Leader Mitch McConnell, R-Ky., as “Cocaine Mitch” during the Republican primary in West Virginia. What was his evidence? Actually, he had none. He could point only to the fact that authorities in Colombia in 2014 had found 40 packages of cocaine, or about 90 pounds, aboard the Ping May, a bulk carrier with 91,385 tons of cargo capacity owned by New York shipping company Foremost Group. No one was ever charged. What’s the connection to McConnell? He is married to Transportation Secretary Elaine Chao, whose family owns Foremost. That barely qualifies as six degrees of separation. Blankenship finished a distant third in the primary but did bequeath to McConnell a memorable nickname.

Glenn Kessler has reported on domestic and foreign policy for more than three decades. Send him statements to fact check by emailing him, tweeting at him, or sending him a message on Facebook.