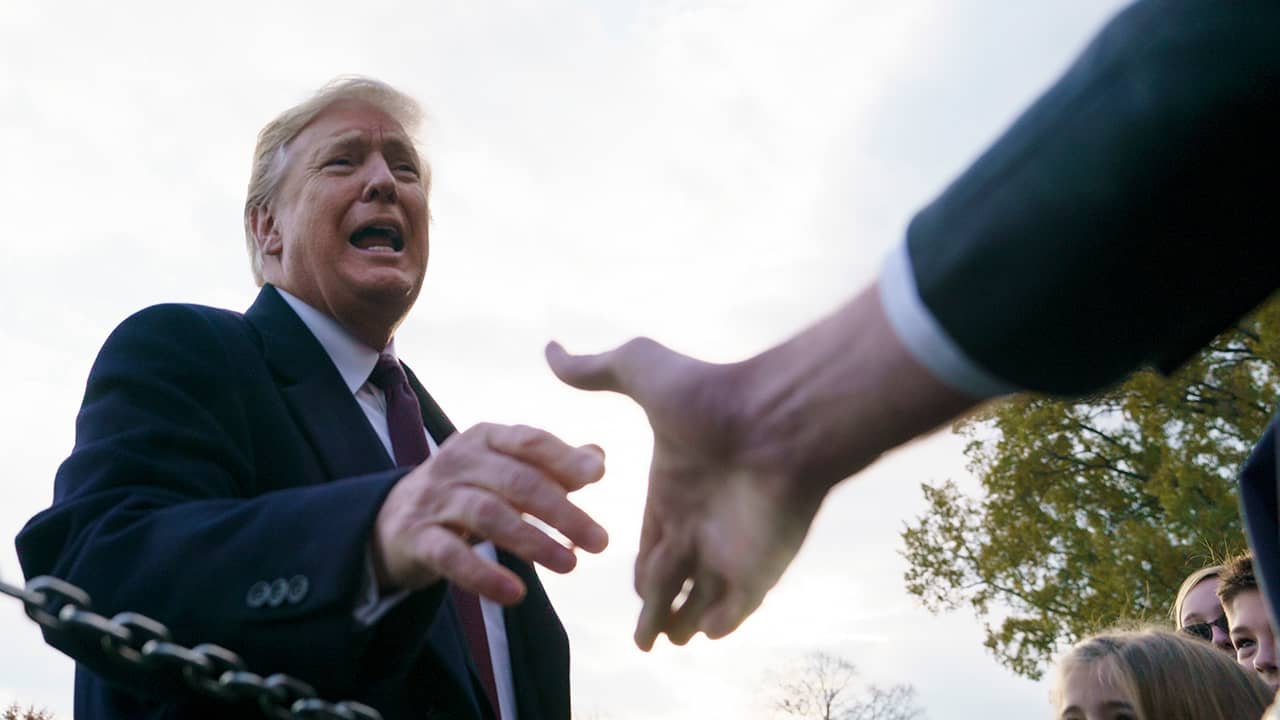 WASHINGTON — President Donald Trump vastly inflated the value of planned Saudi investments in the U.S. on Tuesday, as he explained why he’s “standing with Saudi Arabia” despite the conclusion of his intelligence officials that the kingdom’s de facto leader ordered the murder of a U.S.-based journalist.

Trump cited a $110 billion arms package that he said is part of $450 billion in planned Saudi investments in the U.S. Actual orders under the arms deal are far smaller and neither country has announced or substantiated Trump’s repeated assertion that the Saudis are poised to inject $450 billion overall into the U.S. economy.

Trump’s economic argument was part of his case for deciding not to punish Saudi Crown Prince Mohammed bin Salman or cut arms sales to Saudi Arabia for the killing of columnist Jamal Khashoggi in Saudi Arabia’s Istanbul consulate.

An official familiar with the U.S. intelligence assessment said bin Salman is considered responsible for ordering the murder; others familiar with the case believe the crown prince was involved in the killing but are not sure to what extent. All spoke on condition of anonymity because they were not authorized to discuss sensitive intelligence findings publicly.

A Look at His Words

Although it’s up to Trump whether to believe his officials’ conclusions and whether to give primacy to the broad benefits of the U.S.-Saudi alliance, the economic pillar of his argument does not hold up. A look at his words:

“After my heavily negotiated trip to Saudi Arabia last year, the Kingdom agreed to spend and invest $450 billion in the United States. This is a record amount of money. It will create hundreds of thousands of jobs, tremendous economic development, and much additional wealth for the United States…” — President Donald Trump

TRUMP: “After my heavily negotiated trip to Saudi Arabia last year, the Kingdom agreed to spend and invest $450 billion in the United States. This is a record amount of money. It will create hundreds of thousands of jobs, tremendous economic development, and much additional wealth for the United States. Of the $450 billion, $110 billion will be spent on the purchase of military equipment from Boeing, Lockheed Martin, Raytheon and many other great U.S. defense contractors. If we foolishly cancel these contracts, Russia and China would be the enormous beneficiaries — and very happy to acquire all of this newfound business.”

THE FACTS: There’s less than meets the eye to the arms package. Partly negotiated under the Obama administration, it mixes old deals, some new business and prospective purchases that have not been worked out.

The Pentagon said last month that Saudi Arabia had signed “letters of offer and acceptance” for only $14.5 billion in military purchases and confirmed Tuesday that nothing further has reached that stage.

Those letters, issued after the U.S. government approves a proposed arms sale, specify its terms. Much of that $14.5 billion involves a missile defense system, a contract that appears to have advanced more than other significant investments but not been completed.

Moreover, the State Department estimated last year that if the full $110 billion in prospective business is fulfilled, it could end up “potentially supporting tens of thousands of new jobs in the United States.” That’s a far cry from the 500,000 to 600,000 jobs that Trump has said the arms deal is worth.

Details of the package have been sketchy, with no public breakdown of exactly what was being offered for sale and for how much.

The government’s Congressional Research Service has described the package as a combination of sales that were proposed by President Barack Obama and discussed with Congress and new sales still being developed.

Meantime there has been no verification from either country that “the Kingdom agreed to spend and invest $450 billion in the United States,” as Trump put it in his statement. White House spokeswoman Lindsay Walters did not respond to a request to explain the figure.

A $450 billion Saudi investment in the U.S. would amount to about 6 percent of its entire economy going to the U.S. if spread, for example, over 10 years.

The U.S. exported only $16 billion in goods to Saudi Arabia last year, and imported even more. Saudi Arabia’s entire annual economic production is valued at $684 billion. A $450 billion Saudi investment in the U.S. would amount to about 6 percent of its entire economy going to the U.S. if spread, for example, over 10 years.

During bin Salman’s visit to the U.S. in March, he spoke vaguely of the possibility of Saudi investment opportunities in the U.S. that could be worth $400 billion, saying “A lot of things could be tackled in the close future,” according to the Arabian Business website.

The U.S. earlier sanctioned 17 Saudi officials suspected of being responsible for or complicit in Khashoggi’s death. Members of Congress want the U.S. to follow the lead of countries that have taken stronger action. Germany, for example, has banned new weapons exports to Saudi Arabia and halted previously approved arms exports.

Bacon Fixation? This ‘Babe’ Will Show You How to Satisfy It.