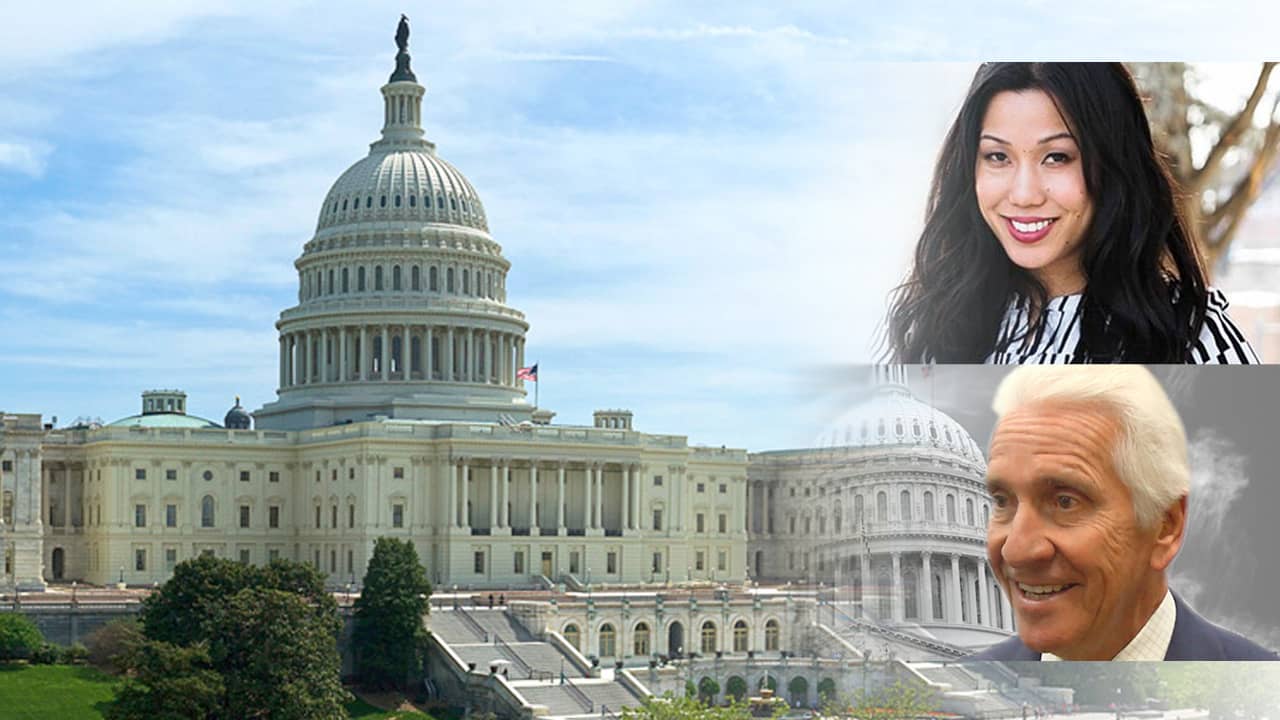 Has Rep. Jim Costa done enough for the Central Valley?
That appears to be one of the defining questions of the veteran Democrat’s race against Republican challenger Elizabeth Heng.
The incumbent congressman calls himself a problem-solver. In fact, Costa is a member of the bipartisan 48-member Problem Solver Caucus.
Heng wants to dethrone him after seven terms. Costa first won election to Washington in 2004 following 24 years as a lawmaker in Sacramento (1978-2002).
Heng is hanging in there with Costa, positioning herself as a fresh face and voice. Her primary night performance, scoring 47% of the vote, surprised many pundits with how closely she trailed. In California’s top-two format, with only Costa and Heng running, they advanced to the general election.
She’s benefited from the narrative that the social media gatekeepers are out to get her. Both Facebook and Twitter temporarily banned her initial campaign ads, bringing her national attention from conservative media outlets.
The latest campaign filings show Heng attracting financial support. While Costa has outraised her $1.6 million to $1 million, Heng raised more in the last quarter (July-September), $687,000 to $412,000.
In the last quarter, Costa outspent Heng, $848,000 to $496,000. Much of that, according to California Target Book’s Rob Pyers, is for TV and radio ads.
Cash on hand, Costa holds $716,000 to Heng’s $306,000. 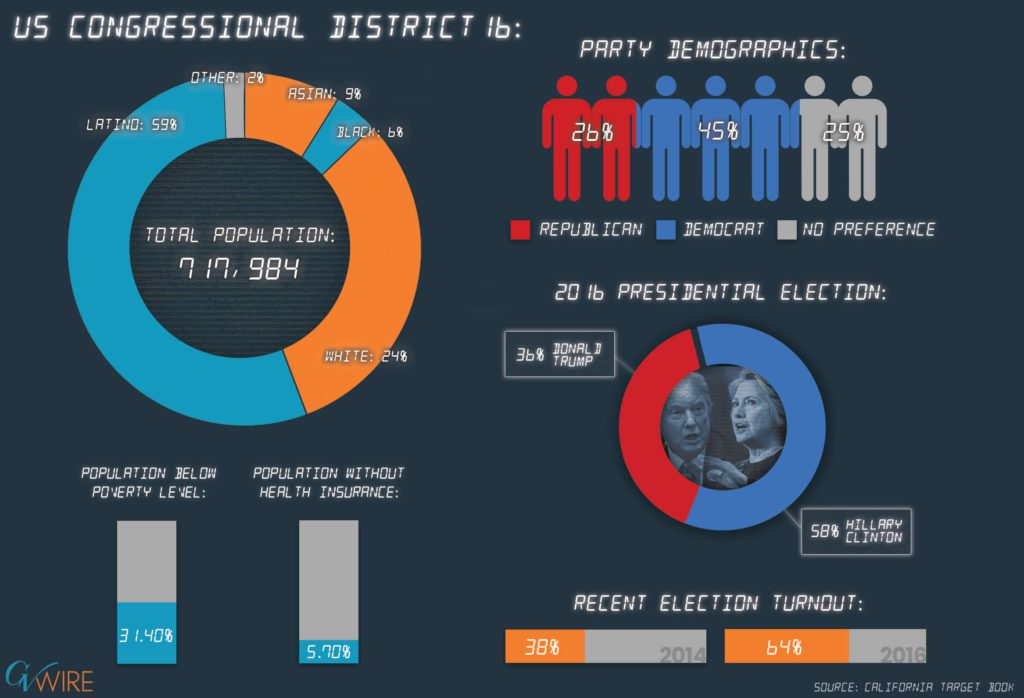 Heng is taking a page from the playbook of challengers past — saying Costa’s D.C. record shows few accomplishments.
“Jim Costa passed only one bill in his 14 years in office … it was to name a post office,” Heng wrote on Twitter. Heng, through her campaign team, did not respond to GV Wire’s request to participate in this story.
The definition “passed” is in the eye of the beholder. It’s true that only one Costa sponsored bill became law (to rename a Fowler post office as Heng mentioned). But he’s also co-sponsored 133 bills that became law.
Costa refutes that’s he’s done nothing in 14 years. He says, ask the Fresno Chamber of Commerce about securing $16 million for the Fulton renovation.  Ask the veterans, he says, about obtaining funding for the veterans’ home in west Fresno. When it comes to water, he points to the WIIN Act, passed in Dec. 2016.
“When we talk about what Jim Costa has done, it’s a long list of projects,” Costa said following a Monday news conference where the chamber endorsed him.
“She’s been gone for eight years so I can understand why she might not know what’s happened here,” Costa said. “When you flew into town eight months ago and decided to run for Congress, there’s a lot of things you’re not aware of.”

Costa’s tone underscores the accusations levied back and forth between the campaigns.
He told voters in a TV ad to look at Heng’s absence when it comes to fulfilling her civic duty by casting a ballot.
“Mr. Costa, I might have missed a few votes while away, but I’d rather have that record, than yours of getting paid to accomplish nothing in fourteen years,” she responded in her TV piece.

When it comes to civic duty, Costa may hit the ballot box regularly, but according to GovTrack, Costa has missed nearly 6% of 10,000 votes cast in the Capitol. The congressional median for missed votes is 2.4%. In 2017, Costa missed 16% of the votes.
“I guess doing the job he was elected to do was too inconvenient for him?” Heng wrote on her campaign site, Costa La Vista.
Costa has an explanation for his 2017 absences: A doctor placed him under a no-fly order following knee surgery.
“If I could have voted absentee like Elizabeth could have voted absentee 10 of 19 elections she missed … I would have voted absentee. As a member of Congress, you have to physically be there to vote,” Costa said.
He also missed votes following the death of his mother in 2006.

The 16th district, which looks like the letter ‘A’ on a map spanning from Merced to Fresno, has a 19 percentage point Democratic registration advantage over Republicans.
Heng wants to paint Costa as a liberal partisan.
“Jim Costa voted for Nancy Pelosi as Democratic leader a total of 7 times. He claims to want bipartisan agreements, but has been a rubber stamp for liberal Democrats for his entire congressional career,” her website states.
Costa says he’s no Pelosi booster.
“I think it’s time to change the leadership and I have indicated that in 2010 when I voted against her, in 2012 when I voted against her, and in 2014,” Costa said. “We’ve got a talented group of members who are in their third, fourth and fifth terms who I think we need to encourage and who have I think talent and ability to bring the house together in ways that is important.”
Although he has a D by his name, Costa runs a purple streak. GovTrak measured Costa’s partisanship in voting, and found him right down the middle (based on bipartisan sponsorship or co-sponsorship of bills).
He’s also not buying into the narrative that if the Democrats regain the House, impeachment of Donald Trump is on the table.
“I haven’t seen any grounds for impeachment at this time. Mueller is going with his report. (When it’s complete), we’ll be able to examine what the facts are,” Costa said. “One of the most serious responsibilities that a Member of Congress ever has is to declare a war or to vote for impeachment. And you have to do that based on facts and not politics.”