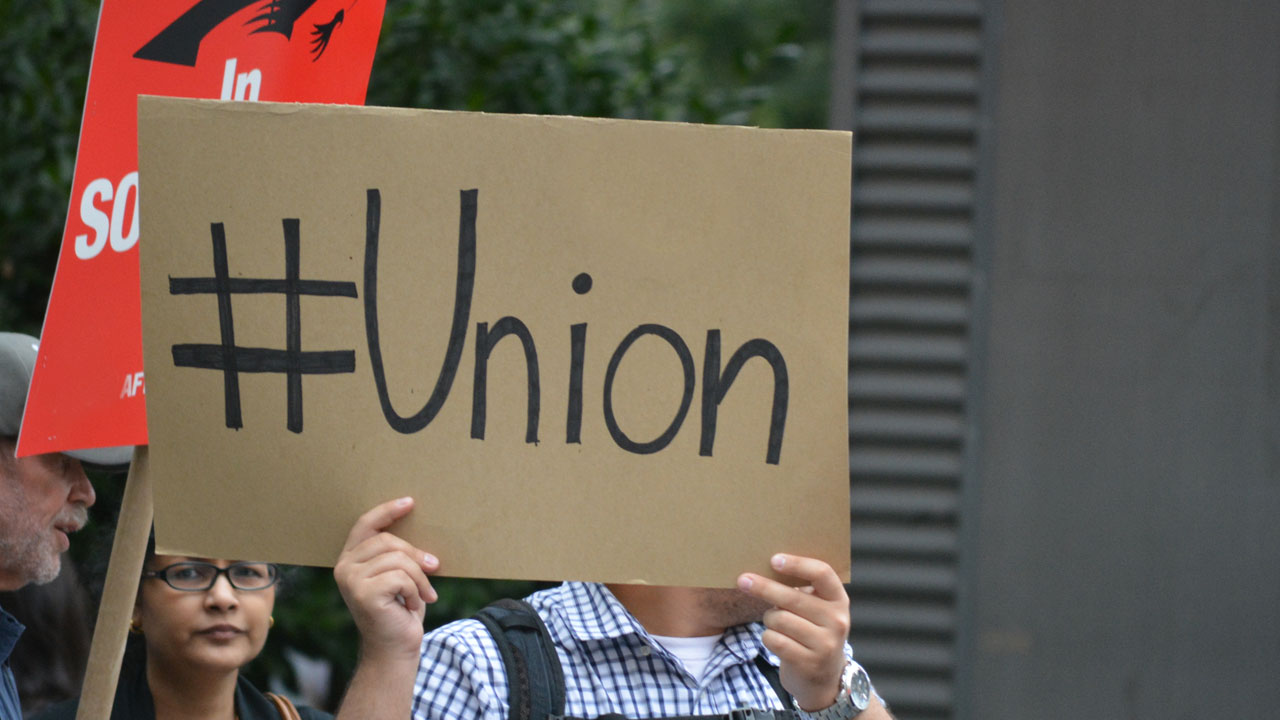 A Supreme Court decision this summer was hailed by some as upholding free speech rights under the First Amendment for employees covered by a contract who disagree with the union’s political activity, including donations to campaigns.
Not surprisingly, Janus v. AFSCME was seen by unions such as the California Teachers Association — long a powerhouse on the state’s political scene — as a naked attempt to undermine their political strength.


“They’re committed to fighting the fight. They’ve seen what the Janus case was really all about.” — CTA Spokeswoman Claudia Briggs
Mark Janus is an Illinois state government employee who objected to paying union dues; his attorney successfully argued that workers’ free speech rights were violated when they were compelled to subsidize organizations whose political activities they might oppose.

No Longer Required to Pay Dues

The Janus decision, which was issued by the Supreme Court in June, gives employees covered by a union contract — including teachers — the right to stop paying dues or fees to unions while still receiving union-negotiated benefits.
The effects of the decision may not be immediately apparent. The 74 Million website, a nonprofit news site that focuses on education issues, reported in June that the California Teachers Association was slashing its budget in expectation of losing 23,000 members due to the Janus decision. The website also reported that the union was raising contributions to its independent expenditure committee from $5 to $10 per member.
Wrong on almost counts, said Claudia Briggs, a CTA spokeswoman. The budget was not slashed, the union does not expect to lose 23,000 members and the per-member contribution for the independent expenditure committee is not a uniform $5. However, she said, the union’s policymaking council did vote to raise the voluntary contribution by $5 per member.
Briggs acknowledged that the Janus decision put a $7 million dent in the union’s revenues immediately because nonmembers no longer have to pay agency fees. But there have been no mass defections in the membership. If anything, Janus has strengthened their spine, she said.
“They’re committed to fighting the fight,” Briggs said. “They’ve seen what the Janus case was really all about.
“They know who brought this case against working people, and they’re even more energized and revved up and ready to take on these folks who are looking to take away their ability to come together and negotiate for themselves and their families, and ultimately for the services they’re able to provide for their students in their communities.”