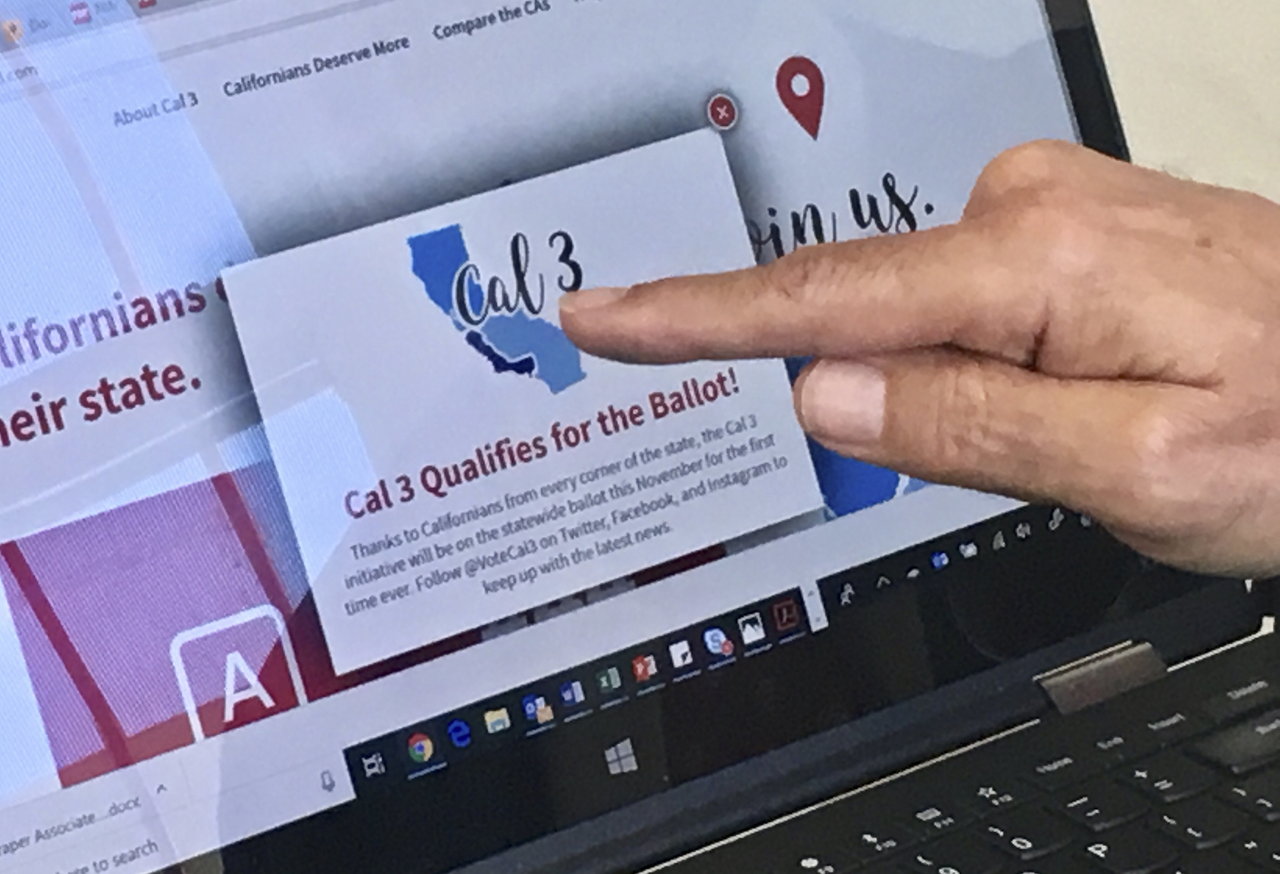 Venture capitalist Tim Draper, who spent more than $1.7 million on his “Cal 3” initiative, has tried for years to split the state, arguing it has become ungovernable because of its size, wealth disparities, and geographic diversity. His last attempt to divide California in six didn’t gather enough signatures to make the ballot in 2016.
“The whole point of the initiative process was to be set up as a protection from a government that was no longer representing its people. Now that protection has been corrupted,” Draper said in a statement. “Whether you agree or not with this initiative, this is not the way democracies are supposed to work.” 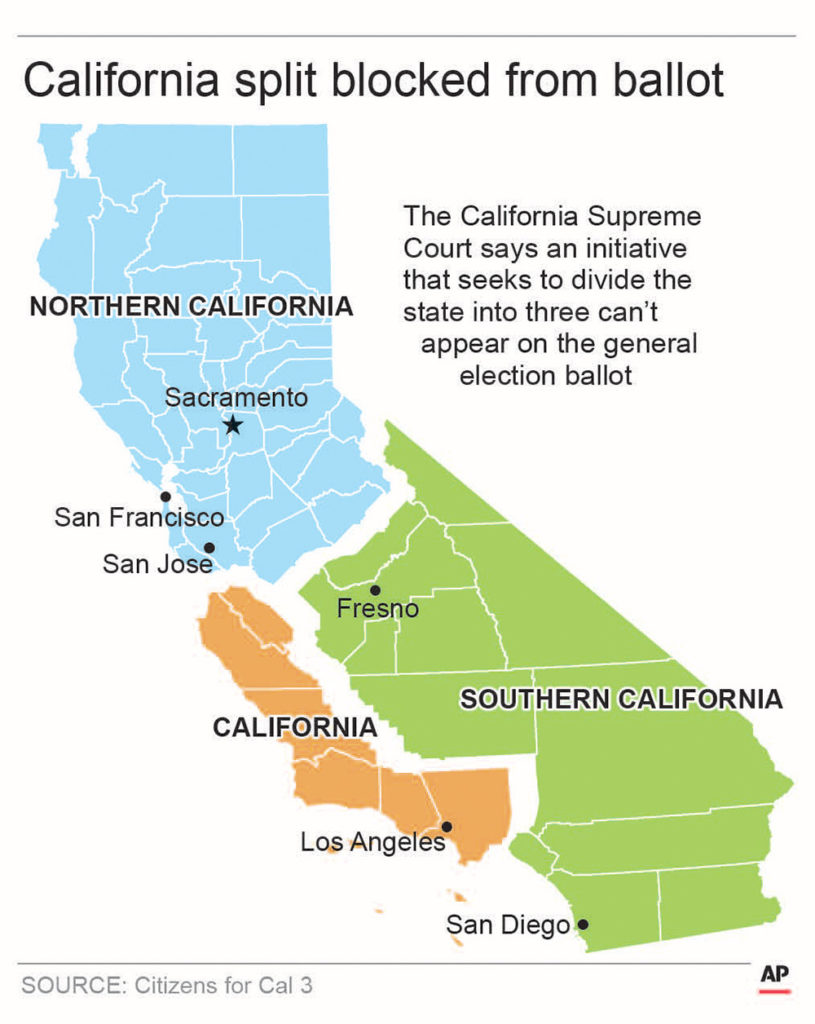 The director of the Planning and Conservation League cheered the ruling.

The initiative “was a costly, flawed scheme that will waste billions of California taxpayer dollars, create chaos in public services including safeguarding our environment,” Howard Penn said in a statement. “It would have dismantled the world’s fifth biggest economy without solving a single challenge facing Californians today.”
The environmental group’s lawsuit says major changes to the state’s government structure require approval from two-thirds of the Legislature before being considered by voters or a state constitutional convention.
Draper has argued that the measure doesn’t go beyond what voters can enact through an initiative. If passed, it would be only the first step toward splitting the state, he said.
The initiative, which could appear on a future ballot if the court ultimately rules in its favor, seeks to divide the state into Northern California, California and Southern California.
Its supporters argue the state has become ungovernable because of its size, wealth disparities, and geographic diversity.
Northern California would comprise the Bay Area, Silicon Valley, Sacramento and counties north of the state capital.
California would be a strip of land along the coast stretching from Los Angeles to Monterey.
Southern California would include Fresno and the surrounding farming communities, reaching all the way to San Diego and the Mexican border.
Related Topics:ballotCalifornia Supreme CourtmeasuresplitThree CaliforniasTim Draper
Up Next

Trump: New Air Force One to Get Red, White and Blue Makeover