When Tony Morgan Amundson, an appraiser in the Fresno County Assessor-Recorder’s Office, approached his boss about running for the elected position in Mariposa County, Paul Dictos encouraged him to give it a try.

“He had never said a word about it. He is an excellent employee and producer.” — Fresno County Assessor-Recorder Paul Dictos

Imagine Dictos’ surprise when he found out Monday (March 26) that Amundson, who has worked in the office since March 16, 2015, is a convicted murderer. And, after leaving prison, Amundson later pleaded guilty to the stun-gun assault and attempted extortion of a Southern California woman.

“I was shocked,” Dictos said Tuesday morning. “He had never said a word about it. He is an excellent employee and producer.” 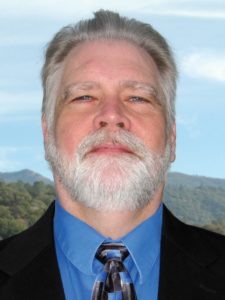 Amundson told The Mariposa Weekly Gazette: “When I was much younger and far less wise, I made some bad decisions and those decisions led to some very unfortunate consequences.

“I have worked very hard at building a productive life. I have gotten an education earning a bachelor’s and master’s degree. I have worked hard and held management positions in multiple industries.”

GV Wire attempted to interview Amundson at the Fresno County Hall of Records, where the assessor’s office is located Tuesday afternoon. An employee there said that Amundson declined to speak.

Dictos said that he is meeting with Fresno County counsel today for advice on the situation. Dictos said that he doesn’t know what to tell employees, particularly women, who work alongside Amundson. Both the second-degree murder victim and the felony assault victim were women. 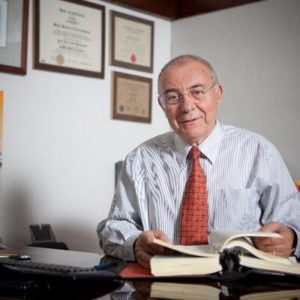 Fresno County spokesman Jordan J. Scott said in an email that the “requirements for background checks vary by department and are determined by the nature of the work to be performed. For example, those in law enforcement/public safety, employees working with children, health care professionals, etc. would be subject to background checks. The Assessor’s Office currently has no such requirement, and state laws limit inquiring about an employee’s criminal history.”

Under California law, public and private employers must delay background checks and inquiries about job applicants’ conviction records until they have made a conditional job offer to the applicant.

Dictos said that he will propose in his 2018-19 budget funding for background checks of applicants “and hope that the board of supervisors approves it.”

Amundson’s past came to Dictos’ attention through the reporting of Gazette Editor Greg Little.

The Gazette reported March 22 under Little’s byline that Amundson, 62, was convicted in Minnesota of second-degree murder in the mid-1970s. He was 19 years old at that time and received a 40-year sentence.

Should I be allowed to use my knowledge and experience for benefit of the residents of Mariposa County? That is not for me to decide. This would be a decision for you, the voters.” — Tony Amundson

Then, in the mid-1980s, after moving to California, Amundson pleaded guilty to the stun-gun assault and attempted extortion of a woman in Thousand Oaks. He was sentenced to 11 years in state prison.

A California Department of Corrections and Rehabilitation spokeswoman said that Amundson was paroled from prison in December 1991.

The Gazette reported that Amundson moved to Mariposa County in 2004.

“Should I be allowed to use my knowledge and experience for benefit of the residents of Mariposa County?” Amundson said to the Gazette. “That is not for me to decide. This would be a decision for you, the voters.”

Real estate professionals GV Wire spoke with in Mariposa County were surprised by the news or were unaware of Amundson and his candidacy. Amundson and Vince Kehoe of Mariposa are vying to succeed the interim office-holder, Brent Joseph, who isn’t running again.

In response to a query from GV Wire, Kehoe declined to comment about Amundson.

Both Kehoe and Amundson applied for the interim assessor-recorder’s position in March 2017 after office-holder Becky Crafts resigned, but the board of supervisors appointed Joseph.

According to his resume, which is public record (see page 254), Amundson worked for Countrywide Home Loans in Simi Valley as a vice president from 1996-2004. After moving to Mariposa, he worked for CKC Laboratories, and the Rental Network before Fresno County hired him. He also owns a real estate investment and tax preparation businesses.

Dictos provided Amundson with a letter of recommendation for the interim post last year.

“Tony has excellent customer service skills and is very good with the taxpayers, both in person and on the telephone. He has a very reserved personality, with the ability to assess a situation and interact in a way that promotes harmony and diffuses potentially confrontational situations,” Dictos wrote.

NOTE: This story has been edited to reflect the fact that while Dictos offered to endorse Amundson in the race, Amundson didn’t accept or publicize the endorsement.