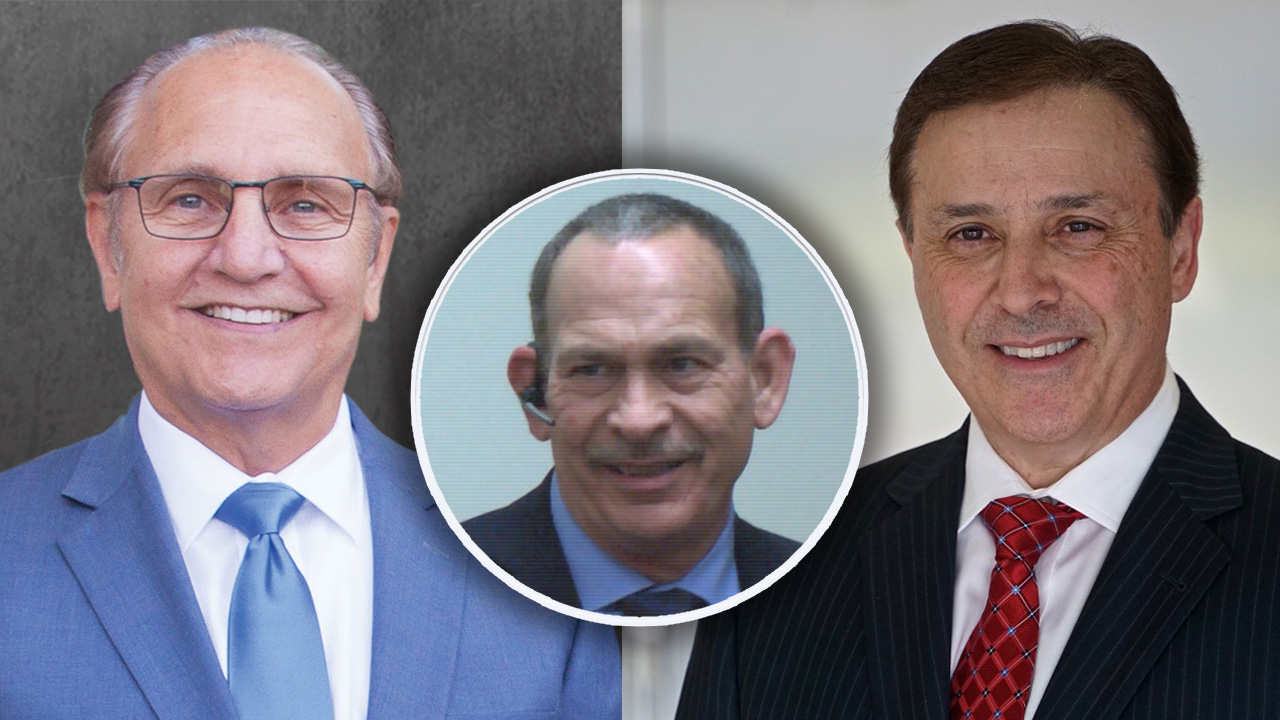 It’s safe to say Mayor Lee Brand won’t invite Councilman Garry Bredefeld to his Super Bowl party. And vice versa.
Last week, the two Fresno political leaders engaged in verbal battles in print and on the radio. The main source of friction was their dueling opinions over ways to make Fresno more business-friendly. But, Bredefeld’s barbs over the role of another top city official raised the intrigue level at City Hall, insiders tell GV Wire.

It started last Wednesday, when Bredefeld unveiled a money back guarantee plan for customers of the city’s planning department. If the city fails to complete plan reviews within a specified timeframe, the developer’s fees would be refunded. Bredefeld said his plan would hold the city accountable.
(DISCLOSURE: Darius Assemi, publisher of GV Wire and President/CEO of Granville Homes, and other Granville employees joined Bredefeld at the news conference.)
“The mayor doesn’t like the fact that I’m going to fight hard to do what I told the people in my district: To change City Hall to make it more efficient, accountable and business friendly,” Bredefeld said.

Going on the Attack


“The mayor doesn’t like the fact that I’m going to fight hard to do what I told the people in my district: To change City Hall to make it more efficient, accountable and business friendly.” — Councilman Garry Bredefeld
In a long reply in the comments section below The Bee’s story, Bredefeld criticized both Brand and the reporter.
“The reporter decided to take the political talking points from Mayor Brand out of Brand’s concern that I would run against him in 2020. I’ve told Mayor Brand and said publicly I am not running for Mayor in 2020. This is what happens when you do as the Mayor did and bring in your political consultant/character assassin, pay him $150,000 of taxpayer money to masquerade as a ‘chief of staff,’ ” Bredefeld wrote.
Bredefeld was referring to Tim Orman, a well-known political consultant who helped Brand to a 2016 mayoral victory. After the election, Brand brought Orman in as his chief of staff for a reported $125,000 salary.

Carrying Over to Radio

The sharp tongues continued Friday (Jan. 12) on the airwaves of KMJ radio. On separate programs, Bredefeld and Brand took personal stabs at each other.
Bredefeld appeared first on “Broeske & Musson”, discussing his plan with John Broeske and guest host Blake Taylor. Bredefeld gave his view that the city’s Planning Department is not held accountable. The problem isn’t staffing, he said, it is the culture at City Hall.
Orman once again became a topic of conversation, after Bredefeld was asked on-air about a possible mayoral run in 2020. The councilman again said he does not intend to run, then repeated his description of Orman as a character assassin.
Bredefeld is familiar with Orman from the 2016 election. Orman worked on the campaign of Bredefeld’s opponent, Jeremy Pearce.
(EDITOR’S NOTE: The reporter of this story, David Taub, worked on the campaign of a third candidate in the race, Holly Carter, who failed to advance beyond the June 2016 primary. Later that summer, Taub, was hired by GV Wire.)
“He’s whispering in Lee Brand’s ear. They attack me for trying to bring in a money-back guarantee program, saying it’s a political stunt, when they know darn well the business community is hurting, darn well this is a giant bureaucracy. Rather than working with three council members who are trying to do something very positive about this, they shift gears, attack me personally. That’s what Mr. Orman does for a living, a character assassin.”


“Councilman Bredefeld, very impatient, impetuous, brought an idea that wasn’t vetted, was not thoroughly researched. It potentially could cost the General Fund millions of dollars.”— Mayor Lee Brand
Later in the day, on “The Ray Appleton Program,” Brand responded (the discussion starts around the 1:08:00 mark). He criticized Bredefeld for his plan and his methods and strongly defended Orman.
“You talk to people at City Hall, you talk to other councilmen, you talk to business people, including developers, ask them to assess the performance of Tim Orman. … Tim Orman is probably one of the best chief of staff’s ever at City Hall,” Brand said.

Is a Money-Back Guarantee Feasible?

In addition to the sniping, the radio interviews included substance about the prudence of a money-back guarantee.
“It’s got to be done in a thorough, comprehensive way,” Brand said. “Councilman Bredefeld, very impatient, impetuous, brought an idea that wasn’t vetted, was not thoroughly researched. It potentially could cost the General Fund millions of dollars.”
In researching the approach taken by other local governments, Brand added, “I didn’t see any city that offered (money back guarantees).”

Personal Attacks or Not?

“Councilman Bredefeld turned this into a personal attack,” Brand said. “I have never personally attacked him, I never will. That is not my nature. My nature is to get things done, to work collaboratively.”
Bredefeld said that he didn’t engage in a personal attack: “I like the mayor. He is well-intentioned. It isn’t personal for me.”


Brand plans to unveil his own Business Friendly Fresno 2.0 plan soon.
Still, their relationship is frosty, to say the least.
“Honestly, I can work with six of the seven council members. I tried to work with Councilman Bredefeld. He takes everything personal if you don’t just agree with him. You’re a character assassin. (His attacks) are totally unwarranted, very unprofessional,” Brand told Appleton.
Bredefeld says the mayor’s comments make his money-back guarantee proposal tougher to pass.
“It makes it more difficult when the mayor is working against you solely because of his personal feelings toward me, rather than addressing the policy and if it is good for Fresno,” Bredefeld said.
Brand plans to unveil his own Business Friendly Fresno 2.0 plan soon.
GV Wire reached out to the mayor for comment but did not receive a response.
Related Topics:Blake TaylorBusiness Friendly FresnoFresno City HallGarry BredefeldHolly CarterJohn BroeskeKMJLee Brandmoney-back guaranteeRay AppletonSteve BrandauTim Orman
Up Next

Can 2018 Farm Bill Get the Job Done in Trump Tax Cuts Era?