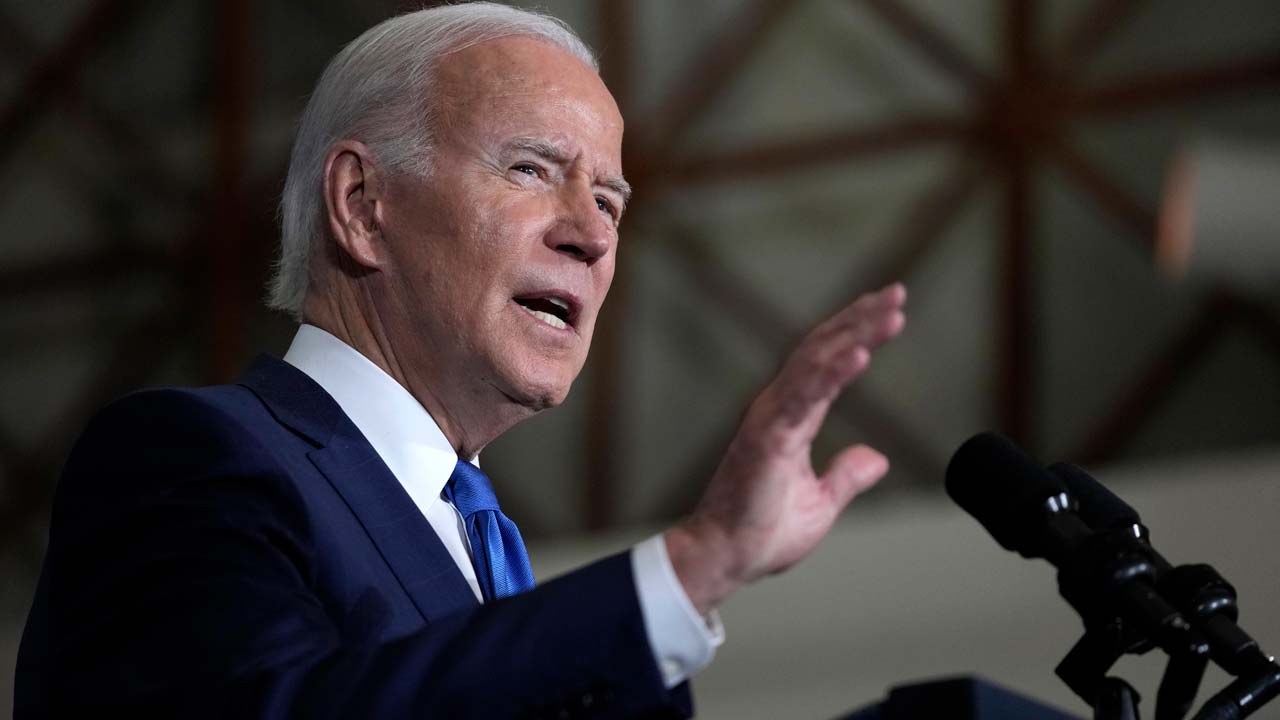 President Joe Biden has declared that Democrats should prioritize diversity at the start of their presidential primary calendar. (AP Photo/Alex Brandon)
Share with friends

President Joe Biden has declared that Democrats should give up “restrictive” caucuses and prioritize diversity at the start of their presidential primary calendar — dealing a major blow to Iowa’s decades-long status as the state that leads off the process.

In a letter Thursday to the rule-making arm of the Democratic National Committee, Biden did not mention specific states he’d like to see go first. But he has told Democrats he wants South Carolina moved to the first position, according to three people familiar with his recommendation who spoke on condition of anonymity to discuss private conversations.

Such changes would come after years of calls from many top Democrats for the voting calendar to better reflect the party’s deeply diverse base than mostly white Iowa, which holds the country’s first caucus, and New Hampshire, which holds the first primary. The new calendar would still have to be approved by the full DNC in a vote likely to come early next year, but the DNC will almost certainly heed the rule-making panel’s recommendations.

“For decades, Black voters in particular have been the backbone of the Democratic Party but have been pushed to the back of the early primary process,” Biden wrote in a letter on personal stationery that did not carry the White House seal. “We rely on these voters in elections but have not recognized their importance in our nominating calendar. It is time to stop taking these voters for granted, and time to give them a louder and earlier voice in the process.”

He said caucuses were “restrictive and anti-worker” because they require voters “to spend significant amounts of time” on one night gathering to choose candidates in person, “disadvantaging hourly workers and anyone who does not have the flexibility to go to a set location at a set time.”

The changes could be implemented as soon as 2024 but would be rendered largely meaningless until 2028 if Biden opts to seek a second term. The president has said for months that he intends to run again, and White House aides and Biden allies have begun staffing and structural discussions for his likely 2024 bid while refraining from overt steps while the president weighs a final decision.

Such a shakeup would nonetheless be seismic given that Iowa’s caucus has led off the Democratic voting calendar since 1976. Still, it would come two years after a series of technical glitches so marred party results that they prevented The Associated Press from declaring a 2020 Iowa Democratic caucus winner.

“Our state law requires us to hold a caucus before the last Tuesday in February, and before any other contest,” Wilburn said. “When we submit our delegate selection plan to the Rules and Bylaws Committee early next year, we will adhere to the State of Iowa’s legal requirements, and address compliance with DNC rules in subsequent meetings and hearings.”

New Hampshire state law calls for it to hold the first actual primary, and officials there have for months threatened to simply move up their election regardless of what new rules the DNC approves

On the current Democratic calendar, Iowa has been followed by New Hampshire, which has held the nation’s first primary since 1920. Nevada and South Carolina have gone next since the 2008 presidential election, when Democrats last did a major primary calendar overhaul.

The Republican National Committee, meanwhile, has already decided to keep Iowa’s caucus as the first contest in its 2024 presidential calendar, ensuring that GOP White House hopefuls — which include Trump — will continue campaigning there frequently.

South Carolina holds special relevance to Biden. His victory in the state’s first-in-the-South primary in 2020 kickstarted his presidential campaign after poor finishes in Iowa and New Hampshire on his way to winning the Democratic nomination.

Dick Harpootlian, a longtime Biden ally, fundraiser and former South Carolina Democratic Party chair, said Thursday that he and Biden discussed South Carolina’s possible advancement the night of Biden’s 2020 primary victory there. Harpootlian said he’d impressed upon Biden that the state was a better place than Iowa to hold an even earlier presidential voting contest — to which Harpootlian said Biden was receptive.

“I think he agreed that this was a much more dynamic process,” Harpootlian said. “Iowa was just a nightmare.”

The DNC rules committee has been discussing reordering the early calendar for months, touching off a fierce battle among many states to go first. In a joint statement Thursday night, Michigan Democratic Party Chair Lavora Barnes and U.S. Rep. Debbie Dingell said, “We have always said that any road to the White House goes through the heartland and President Biden understands that.”

Several states have previously tried to violate party rules and jump closer to the front, only to be threatened with having their delegates not count.

“But make no mistake,” Hassan said in a statement. “New Hampshire’s law is clear and our primary will continue to be first in the nation.”