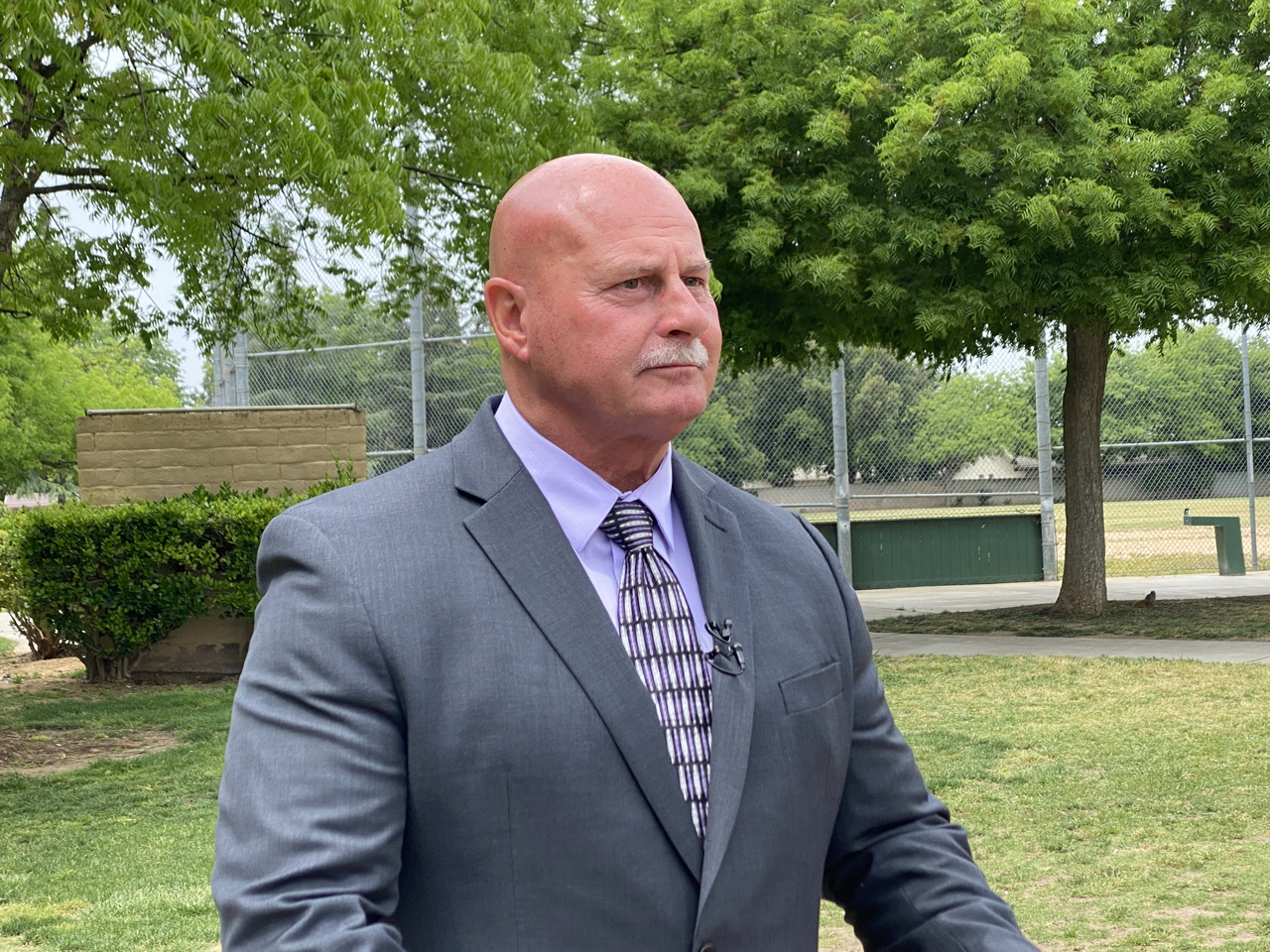 “Many of the other jurisdictions … also provided pensions to their elected officials. The city of Fresno has not. And so this was a way to provide a retirement type plan for those individuals who are elected,” Dyer said at a news conference Monday.

Fresno’s municipal code prevents elected leaders from receiving a city pension. However, they are able to participate in another system known as deferred compensation. Money can be set aside from a paycheck and into a tax-free retirement investment account.

Dyer said he wanted to make the deferred compensation system “consistent” with the retirement program afforded to other city employees.

“That was the intent,” Dyer said.

Last week, the Fresno City Council approved the Dyer administration plan. Dyer said it was related to the debate last year where the City Council increased its salary, from $80,000 now, up to more than $111,000 by 2025.

The 4-1 vote was part of a larger package that also increased councilmember stipends for car/travel and general use; and loosened some HR policies to make it easier for the administration to recruit and retain employees.

Dyer pointed out that he would not receive the perk, a rule built into the ordinance as he already receives a city pension from his 40-plus years working in the Fresno Police Department.

“It’s upsetting for my association, for my members.” — Union leader Jesse Gonzalez

Union leaders in the city expressed objections to the city’s plans.

Of the city’s 13 bargaining units, only the police union ($55.39 per pay period), and management ($75 per month) receive a city contribution to their employees’ deferred compensation plans.

Ronny Jungk, business manager/financial secretary of IBEW Local 1000 said if the city provides money for elected leaders’ deferred compensation fund, his workers should get it too.

“It would be nice if my members would receive that as well,” Jungk said. “Prices of everything is going up. Inflation’s going up. It’d be nice when we retire if we can afford to live comfortably, and that would definitely help.”

IBEW Local 1000 represents many of the city employees out on the streets fixing streets, lights and other infrastructure.

“They’re out there keeping the city running and functioning 365 days of the year,” Jungk said.

Jungk said the city’s justification, to contribute because elected leaders are barred from the normal retirement system, was fair.

Jesse Gonzalez, president of the City of Fresno Professional Employees Association — the union representing 300 supervisors and other professional staff — also objects to the contributions for elected officials.

“It’s upsetting for my association, for my members,” Gonzalez said. “It’s the first time I’ve heard of (deferred compensation contributions) being for elected officials. That’s different.”

He said his unit has been waiting four years for a city study on classification and compensation.

“They’re moving forward with this promise and they haven’t even finished the one they had before. That’s my biggest issue,” Gonzalez said.

The city charter says that any increase in compensation — including the deferred compensation contribution and increased stipends — would apply when an elected leader starts a new term. Annalisa Perea (newly elected), Miguel Arias, Luis Chavez and Nelson Esparza (all re-elected in 2022) will benefit in January at the start of their new terms.

Bredefeld told GV Wire last week that while he supports elected leaders’ ability to participate in a retirement program, he voted no because he opposed the increase in stipends.

A final vote on the package is likely to take place next month.

“I supported this item for two reasons: It will help the city manager attract and retain professional talent in this competitive environment for experienced public administrators,” Councilman Luis Chavez texted GV Wire. “Elected officials are prohibited by city charter from being part of our formal pension plan, a deferred compensation contribution to a 403(b) or 401 (k) is an alternative to our pension plan. This type of benefit should be negotiated on a union by union case basis, there’s no one size fits all.”

The other three voting in favor did not respond to GV Wire’s request for comment.

The stipend for city councilmembers increased 354% (from $165 to $750). The federal inflation calculator shows inflation since 1989 — when the rates were set — is 146%. A Dyer spokesperson did not have an answer on how the city calculated its figures. 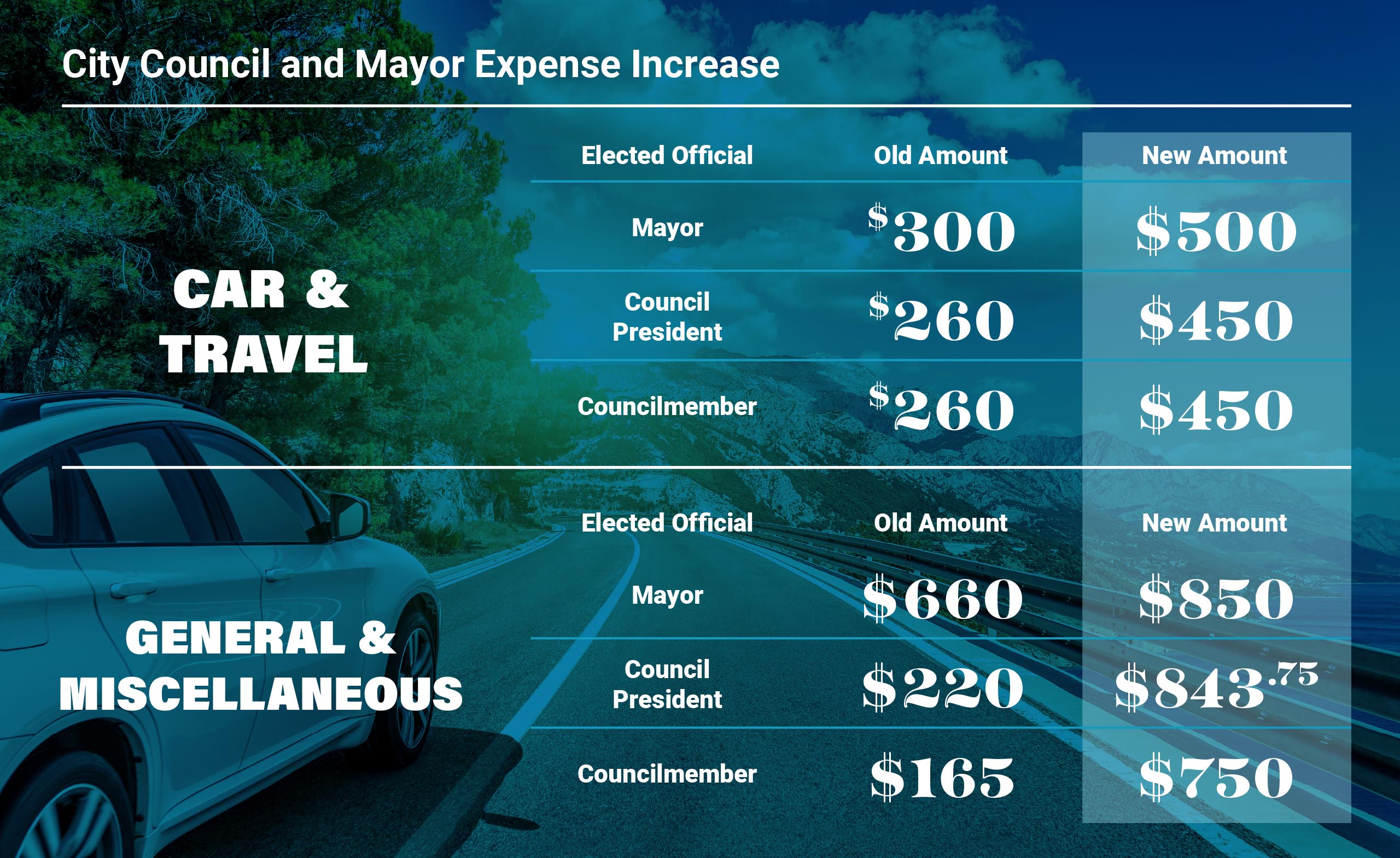