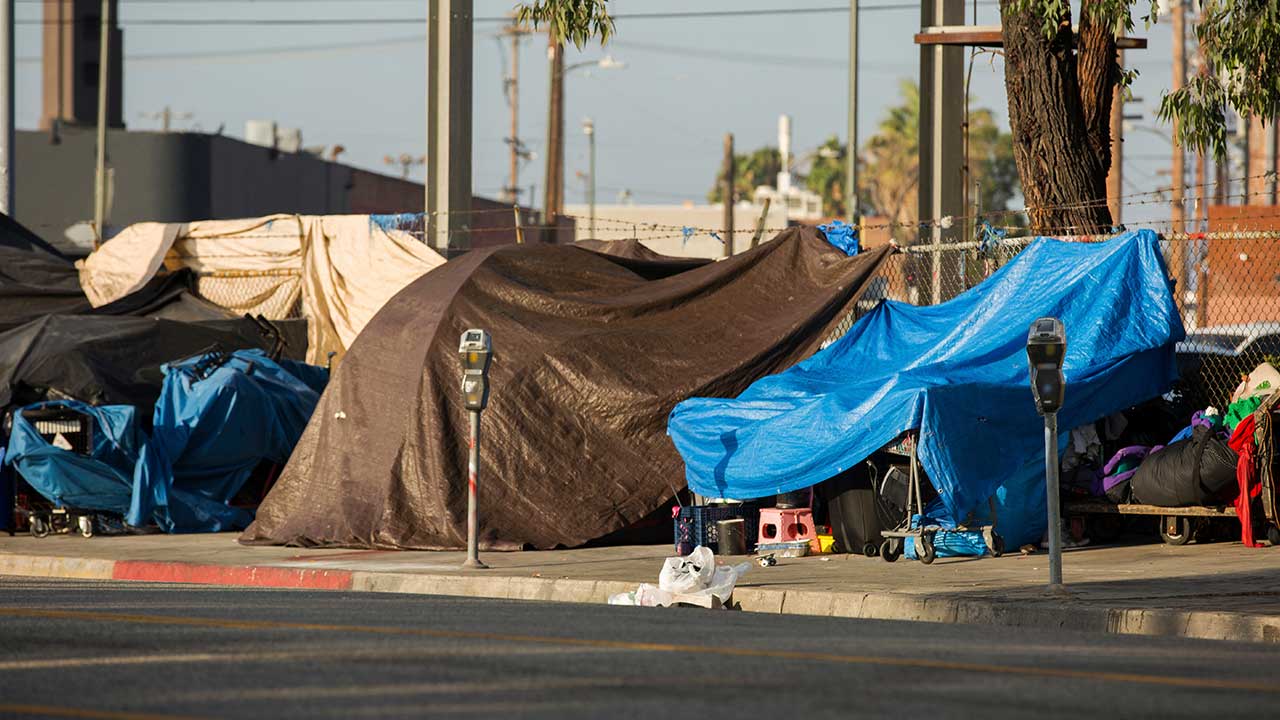 Californians want homelessness resolved but despite massive spending, squalid camps have proliferated across the state. (Shutterstock)
Share with friends

The intersection of Howe Avenue and Fair Oaks Boulevard lies in one of the Sacramento area’s most affluent neighborhoods.

High-end shopping centers, trendy restaurants and seven-figure homes abound and those who live and work in the area complained for months about an encampment of about 30 homeless people in a grassy strip of land at the intersection.

However, due to a quirk of municipal geography, those irritated by the encampment were stymied. They were in unincorporated Sacramento County but the site was just inside the City of Sacramento and owned by the city.

Under a federal court ruling (Martin vs. Boise) cities cannot prevent people from camping on public property unless they are provided with alternative housing. While county officials, especially its sheriff, supported those who wanted the encampment dismantled, city officials said their hands were tied.

Last month, the contending parties came up with a novel “solution.” The city agreed to lease the property to a newly formed “Howe/Fair Oaks Property Owners Association” for $250 month prior to an eventual sale. With that legal change of hands, city crews moved in to erase the camp.

Of course, while it ameliorated a touchy political problem it didn’t really solve anything. The camp’s displaced residents merely scattered into other bits of public property in the neighborhood.

The Howe/Fair Oaks episode encapsulated California’s homeless crisis. Polling tells us that Californians rate it as one of their major concerns and want it resolved, but while state and local governments have spent billions of dollars in recent years, squalid camps have proliferated.

Most are in larger cities such as Sacramento, but social and medical services are mostly administered by county governments and the two levels of local government often are at odds over services and costs.

Darrell Steinberg, a former leader of the state Senate, became Sacramento’s mayor while promising a vigorous effort to reduce homelessness but downtown Sacramento has hundreds of people living on its sidewalks, including those surrounding city hall, and the public’s growing impatience is palpable.

Steinberg and the city council have squabbled incessantly over creating sites where the homeless could camp safely, thus meeting the Boise case’s requirement for alternatives.

Fed up with inaction, Sacramento’s business community filed a ballot measure to compel the city to do something. It would require the city to authorize emergency shelter space for 75% of Sacramento’s unsheltered people within 60 days of voter passage.

A city staff report said the measure would cost the city an additional $192 million per year, six times its current spending on homeless shelters. “Such a significant redirection of funding would drastically reduce core programs and service levels,” the report said. “It is simply not possible to maintain current programs and services while also meeting the demands of the proposed initiative.”

With the ballot measure looming, city officials hurriedly drafted a softer alternative, requiring shelter for 60% of homeless residents and 20% of them within 90 days of voter approval. With obvious reservations, Steinberg and the council voted to place the alternative on the ballot and sponsors of the original measure agreed to drop it.

“This is an open door for creating a right to shelter, a right to housing, a right to mental health care,” Steinberg said, putting a positive spin on the city’s surrender to rising impatience.

The city also asked county officials to put a similar measure before their voters, but there are relatively few homeless camps outside the city, so the county doesn’t face similar political pressure.

A workable solution or just another stopgap? We’ll see.