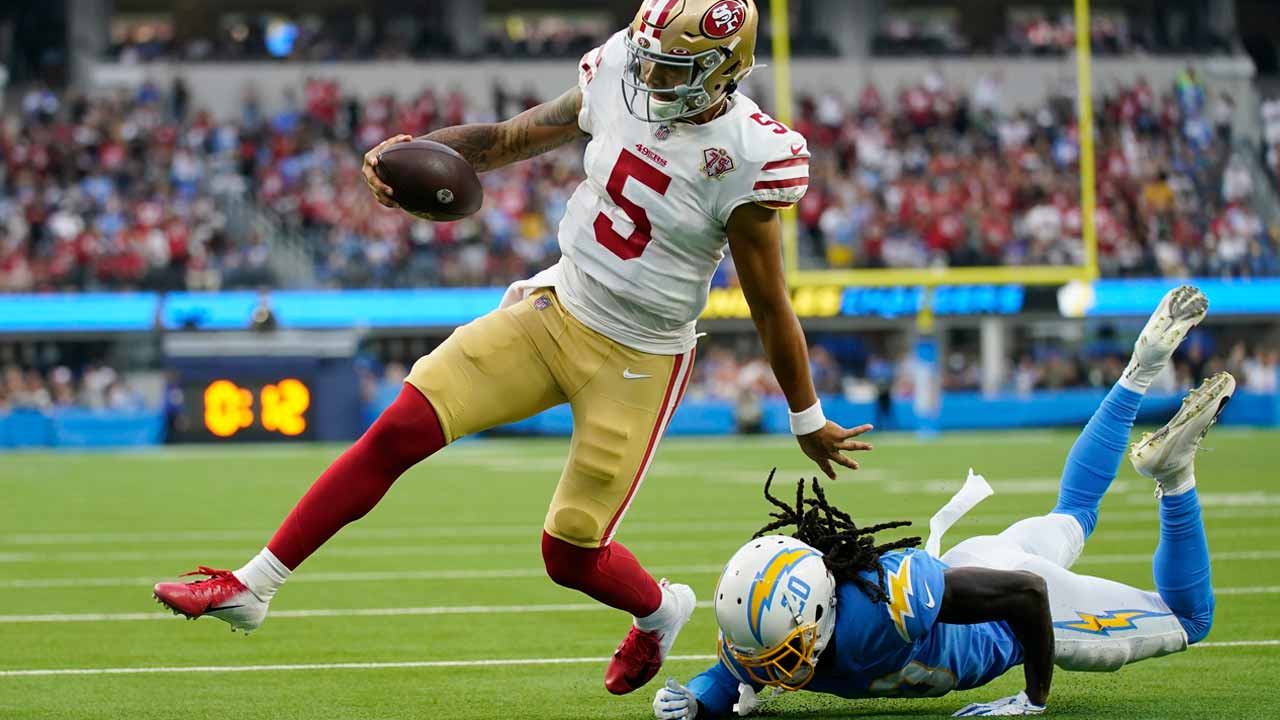 Trey Lance's ability to quickly read defenses, as well as his big arm and running ability, could enable him to start as a rookie, writes David Carr. (AP File)
Share with friends

I’m revved up about the start of the NFL season and eager to see how well the rookie quarterbacks, as well as a couple of veterans in new situations, perform.

Of all the positions in the NFL, quarterbacks face the most pressure — whether it’s from a blitzing linebacker, fans, or the media. The ability to stay composed while under fire and execute the game plan is crucial to success.

First, let’s look at the five rookie quarterbacks who were 2021 first-round draft picks, and what we can expect from them this season.

Lance is a talented player and Kyle Shanahan’s system is very quarterback friendly. I know, because I played in the same system under Gary Kubiak in Houston. They’re going to basically tell you where to throw the football.

You go through your route progressions — one, two, three, four. Based on the preseason games I watched, Lance is very good at that and, interestingly, this is where Jimmy Garoppolo has struggled. Lance quickly decides where to throw and lets it rip with accuracy. I think the 49ers saw this on film and that’s why they drafted him. His ability to run the football also gives the 49ers a lot more flexibility in their offense.

In the last preseason game, we saw a platoon system. So, the question for the 49ers is, do we want to hand a very good team over to the kid who is still learning? Or, recognizing that the 49ers play in a tough division, do they stick with Garoppolo as the starter because they can still get a lot of production from him?

It’s going to be very interesting to see how this plays out. For now, Shanahan is saying the 49ers will use both quarterbacks. 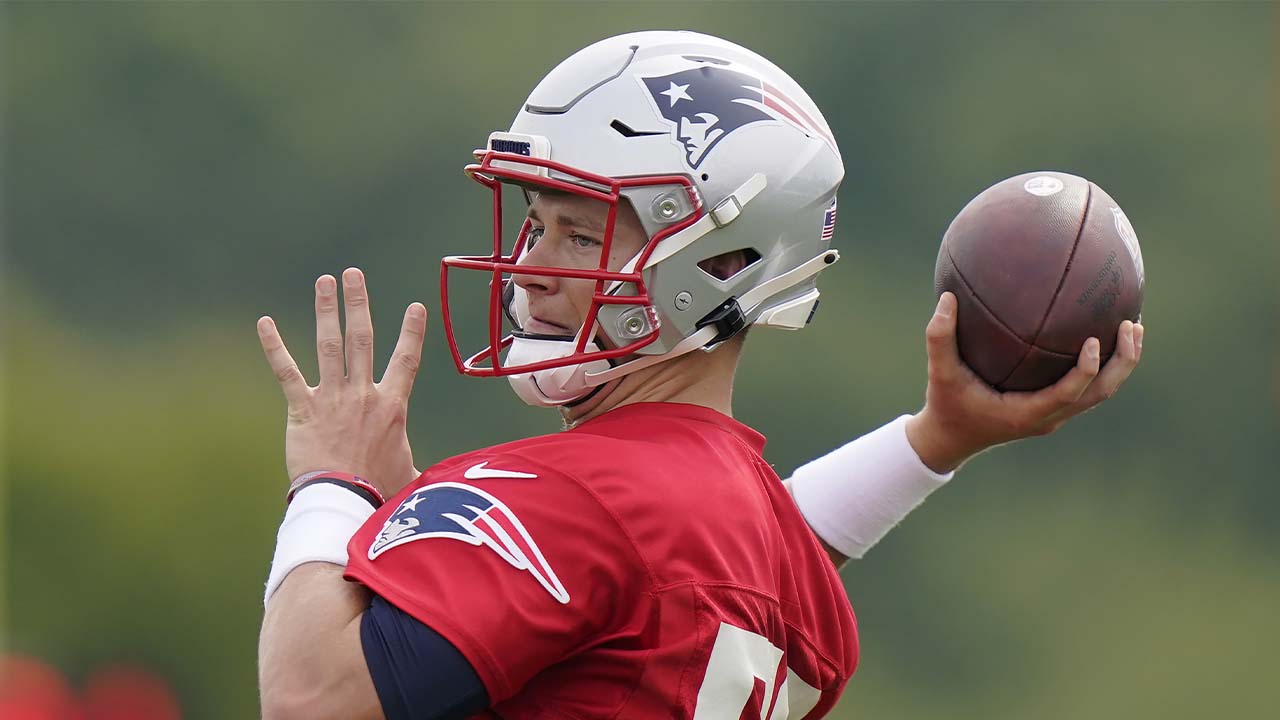 Jones came out of college basically ready to go, and now Bill Belichik believes he’s ready to go. It was just a matter of seeing if his skill-set would translate over to the NFL  Could he take the field and have the ability to understand the Patriots’ system and then process what he’s seeing?

He’s been great. I never saw a moment during the preseason where he appeared rattled. He was clear about his decisions, his footwork was sharp, and he threw his receivers open, which is an advanced level of quarterback play.

For the Patriots, it means going back to the same offense they used with Tom Brady. I’m not saying Mac is Tom Brady. But he has the kind of charisma and leadership qualities that Tom has.

As weird as it sounds, I don’t think Mac and Cam Newton were competing for the same spot. Cam is a completely different player, where’s he almost a running back, and Belichik has always had this fascination with dual-threat quarterbacks like Lamar Jackson because the Patriots have struggled against them. Now, the experiment is over.

The NFL is a crazy world. Things happen fast. In Newton’s case, you can go from being the MVP six years ago and the Patriots’ starter one week ago to not being on the team at all.

Lawrence showed in the last preseason game against Dallas why he was the first player taken in the draft. His talent level is off the charts, and he’s more than ready to start. Coach Urban Meyer recognized that, which is why the Jaguars traded Gardner Minshew to Philadelphia.

The challenge for the organization is putting the right pieces around Lawrence so that he and the team can flourish. The challenge for Meyer is putting together a system that will protect the young quarterback. This will require a commitment to the running game and a quick passing game to take the defensive pressure off.  I think Meyer will do that.

When you’re the No. 1 overall pick, you know your team’s not very good and you’ll have an uphill battle. The key for Lawrence will be not picking up any bad habits because his protection breaks down, which it will.  I want to see him progress and be ready to take the Jaguars places when they surround him with better players. 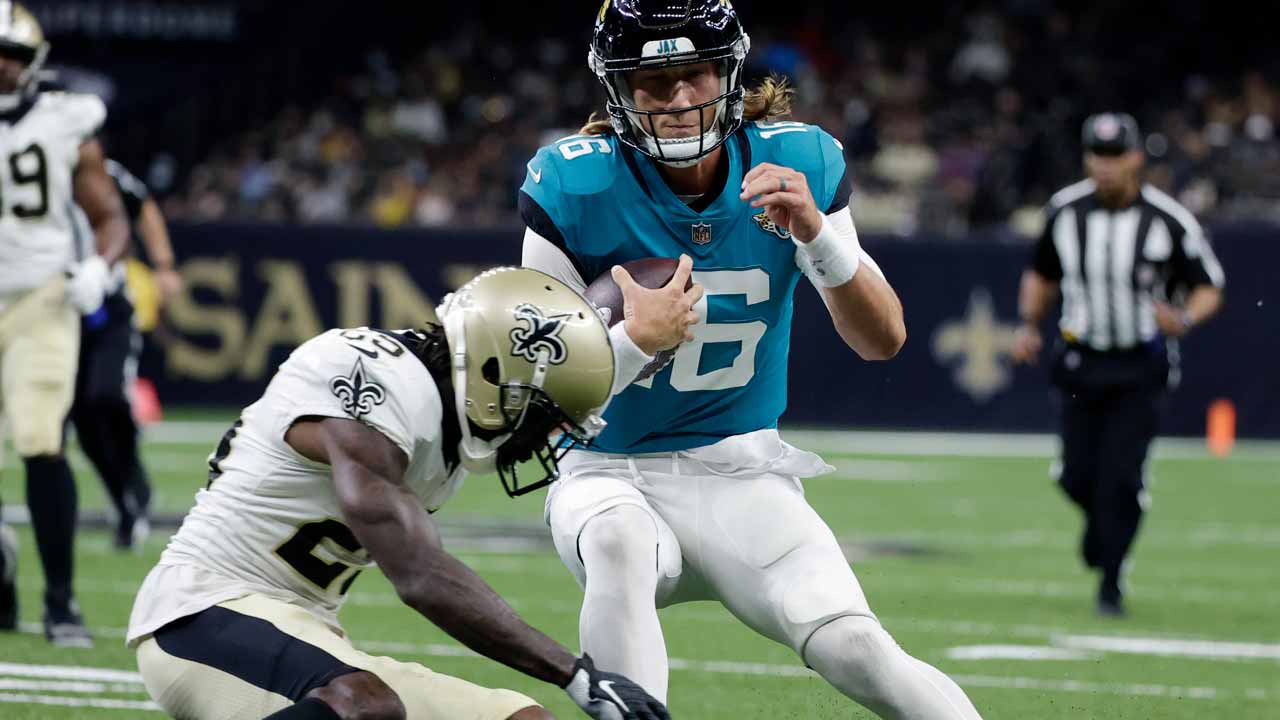 Wilson was my favorite player coming out of the draft. I loved what I saw on film from him. He made plays with his arm and his legs. The concern is, would this translate to the NFL because he didn’t play against the top competition in college. Then we started hearing that he’s not having great practices with the Jets. However, I saw an interview in which he explained that his goal in practice was to push the envelope, and really do what veterans do in practice.

That impressed me because not a lot of rookie quarterbacks have that attitude. They want to keep things clean and simple. But Wilson was learning how early he could throw the football — and the limitations of the Jets offense. We saw the results in the preseason games. He played as well, if not better, than any of the rookies, especially on third down and in the red zone.

Just like with Lawrence, Wilson will be as good as the guys around him. There are questions about his size and durability, and those could be a factor. We just won’t know until he goes through an NFL season.

On the plus side, the Jets sacked Adam Gase as their coach and hired Robert Sala. I’ve known Sala since he was basically an intern in Houston, and he’ll provide the leadership that’s been missing there.

Although veteran Andy Dalton is the Bears’ starter, Fields is the team’s future. The problem is, everyone knows it, including the fans.

Fans and coaches that may soon be fired are inherently impatient. I would encourage both to “pump their brakes.” Having watched the last three weeks as Fields has tried to navigate an ever collapsing pocket and tried to stand in there and make reads and throws has brought back bad feelings.

I remember being a young QB with the Houston Texans and running for my life so often my rookie year that I started to abandon reads and route concepts for my own survival. I was using my legs or in a scramble drill so that we could get some production as an offense.

I also remember having a conversation with a receiver of mine about when we were in the red zone, just dropping back and finding an escape out of the pocket before it broke down. In other words, we would just backyard football it. That actually worked and I threw him several touchdowns doing so, but that is NOT a habit you want to develop.

I would hate to see Fields have to revert to backyard survival tactics. If their offensive line and scheme frankly can’t improve, the Bears shouldn’t even allow him to step foot on the field. Thankfully, Justin has WAY more athletic ability than I ever had and perhaps he can still manage to keep his eyes down the field, remain a passer, and progress naturally without devastating effects. I’m hopeful he can do so because the reality is, he does give them the best chance to win. You just have to consider how much it will cost in the long term. 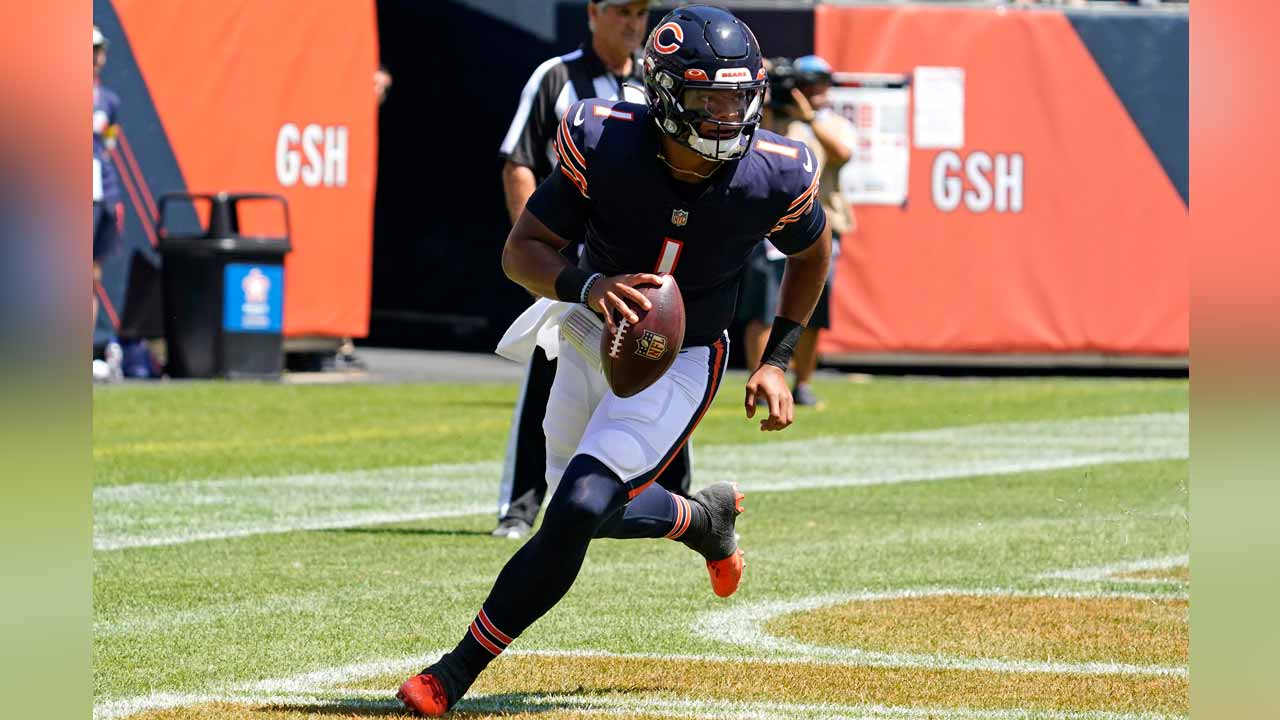 If the Chicago Bears rush Justin Fields into the lineup, they could damage his long-term prospects of success. . (AP Photo/Nam Y. Huh)

Full disclosure: I’m a big Matt Stafford fan. When I watched him in Detroit, I saw a guy that did things a lot of other quarterbacks would love to be able to do in terms of talent and toughness. He has all the qualities you want in a great quarterback. But Detroit is a rough place to play. There’s been coaching turnover, a failure to sign big-time free agents, and, in general, a culture of failure.

The Rams provide Stafford with the opportunity he’s wanted to be in for a long time. He’s even said it: “I just want to play in big games, you know? … I want to have opportunities to make big-time plays in the fourth quarter against really good teams, in big moments, rather than a one o’clock game on a Sunday somewhere.”

I think what the Rams saw, and it’s pretty clear, when you watch Sean McVay’s offense, they had one real weakness. They get in obvious dropback pass situations and their route concepts aren’t as great as some of the stuff that they do on first and second down. Jared Goff struggled in those situations and they lost games because of that. So, McVeigh looked for a quarterback who can make dynamic plays in tough situations. A QB who can step in the pocket, make the read, and complete the pass downfield.

Talk about being on the hot seat. Stafford is where he wants to be — a team that doesn’t have a lot of negatives and has five prime-time games on the schedule, including the opener against the Bears, a team he knows like the back of his hand. And McVay has the quarterback he coveted.

I’ve spent some time with the Rams and they expect to be in the Super Bowl. They’re not shy about saying that. We’ll see what happens.

This season, the Saints begin life without Drew Brees and his Hall of Fame ability to complete nearly three out of every four passes.

In Sean Payton, they have one of the best offensive minds in the NFL, so the Saints will remain fun to watch. With Winston, they’ll be able to open up the offense, which they couldn’t do because of Brees’ limited arm strength in recent years.

Winston is infamous for his last season in Tampa Bay when he passed for more than 5,000 yards with 33 touchdowns with 30 interceptions. That turnover number, as well as Winston’s knucklehead plays in the red zone, reflected poor decision-making. But they also were the result of Bruce Arians’ “no-risk it, no-biscuit” coaching philosophy. Winston is the last quarterback you need to encourage to throw the football when nobody’s open.

The Saints will pull the reins in and have him making good decisions. I expect that Winston’s passing numbers will be way down, but he will have a good year.

But if there is more bad Winston than good Winston, Taysom Hill is pacing the sidelines and ready to go.