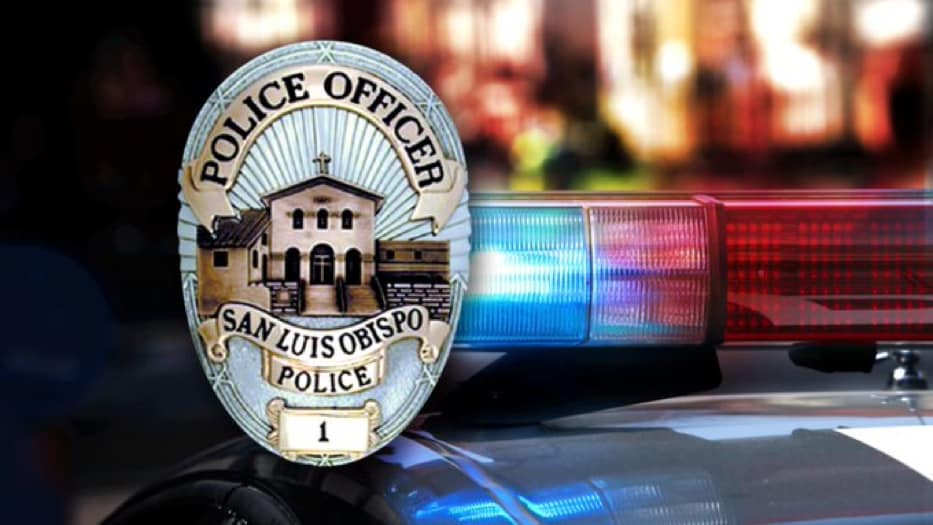 SAN LUIS OBISPO — A San Luis Obispo police officer was killed and another wounded while serving a search warrant before officers shot and killed the gunman on Monday, authorities said.

Shots were fired shortly before 5:30 p.m. as officers served the warrant at an apartment in the Central Coast city.

“This is a tragedy beyond measure for all of those who serve and care about our community,” City Manager Derek Johnson said in a statement. “Our deepest condolences go out to the family. We are devastated by this loss.”

Wounded Officer Is in Stable Condition

The wounded officer was hospitalized in stable condition, the city reported.

Other details, including the names of the San Luis Obispo officers and the gunman, weren’t immediately released.

Victoria Torres, 21, told the San Luis Obispo Tribune that she was upstairs in her bedroom when she heard “a very loud knocking” at an apartment across from her.

“I don’t know if it was the police or what,” she said. “I always hear noises here so I didn’t think anything of it until I heard the gunshots.“

She looked out her window and saw a police car, then walked downstairs and looked out another window.

She saw a man carrying a “big gun” who began shooting from the door of an apartment at officers who were hiding behind their patrol car, Torres said.

Torres went back upstairs to hide and call 911.

Heard Police Yell, ‘He Has a Gun!’

Monica Rochte, 31, told the Tribune that she heard the police banging on an apartment door and saying: “We’re going to come in. We know you’re in there.”

Rochte said there was yelling and then a bang that she thought might be police knocking down the door, followed by a single shot.

Related Topics:San Luis Obispo
Up Next

28 Killed in Gaza, 2 in Israel as Jerusalem Strife Grows.