When California voters passed Proposition 64 in 2016, it not only legalized personal use of marijuana, it also opened a path for past marijuana convictions to be expunged or reduced.

A 2018 state law authored by Assemblyman Rob Bonta, D-Oakland, set the timetable. County district attorney offices had to provide courts a list of cases eligible for expungement by July 2020.

Almost two and a half years later, only a fraction of more than 2,500 eligible Fresno County convictions have been expunged. And local court officials are declining to explain why their process is moving so slowly.

Under Bonta’s legislation, the courts are responsible for following through on expungements. Known as AB 1793, the law did not, however, give the courts a timetable for completing the process.

As of last month, the Fresno County Superior Court received 2,615 cases the District Attorney’s office is not challenging (641 cases were not forwarded because of DA challenges, the cases were already granted relief, or other reasons). A spokesman for District Attorney Lisa Smittcamp said they turned over cases in April 2020, three months ahead of the deadline.

So far, the Fresno court has granted relief in just 152 cases, or 6% of those submitted.

The court also identified another 300 cases granted relief from requests filed directly by the defendant. 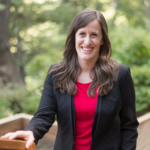 “Keeping them on the books at this point is a dereliction of duty.” — Elisa Della-Piana, civil rights attorney

Each court system is responsible for clearing their records, but who is actually accountable is unclear.

Despite repeated requests from GV Wire℠ to speak with Fresno County court leadership to explain their policy — either Presiding Judge Arlan Harrell, Assistant Presiding Judge David Kalemkarian or Court Administrative Officer Michael Elliott — the court either denied interviews or required any request for court records to be put in writing and sent via regular postal mail.

In its reply to a request for information on how many cases have been expunged thus far, the court said “Fresno Superior Court has designated 12 judicial officers to review Prop 64 cases identified by the Department of Justice and reviewed by the District Attorney as identified within AB1793.”

Bonta, the Bay Area assemblyman who authored the bill, said he understands the complications on the courts caused by COVID, but is pushing for an expedient turnaround.

“I understand the pandemic caused significant challenges and courts were stretched to simply carry out their constitutionally-required duties,” Bonta said in an email statement. “However, now is the time to prioritize this work and set a timeline as some county courts have done to bring about this important relief that Californians are entitled to.”

Bonta said a new bill may force the courts to comply quicker.

“I’m also prepared to introduce new legislation that would set a deadline for the courts if that is what’s needed to complete this important task. Thousands of Californians deserve this action. It’s their right under Proposition 64 passed by voters in 2016,” Bonta said.

Several groups, including Asian-American organizations and unions, are lobbying Gov. Gavin Newsom to appoint Bonta to an expected vacancy of the state attorney general. The current holder of the elected position, Xavier Becerra, was nominated as Health and Human Services secretary in the Biden Administration.

Elisa Della-Piana, legal director with Lawyers’ Committee for Civil Rights of the San Francisco Bay Area, thinks the wait has been too long.

“Six percent is really abysmally low. The laws have changed in California and these convictions are harms from a system we have clearly rejected,” Della-Piana said. “Keeping them on the books at this point is a dereliction of duty.”

“With a little bit of administrative attention, they can and are responsible to lift serious barriers to employment that these convictions present,” Della-Piana said. 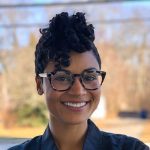 “This last process is critical to ensuring that people can actually reap the benefits that AB 1793 has promised.” — Alia Toran-Burrell, Code for America

Alia Toran-Burrell is in charge of the group’s “Clear My Record” program.

“(The software) can analyze hundreds of thousands of lines of conviction data in just a couple seconds for district attorneys,” Toran-Burrell said.

She said clearing marijuana convictions will help people move forward in their lives.

“People can pass a background check. They can get access to opportunities that they previously weren’t able to,” Toran-Burrell said. “This last process is critical to ensuring that people can actually reap the benefits that AB 1793 has promised.”

Toran-Burrell said timing matters for people who are held back from employment or housing because of marijuana convictions.

“We’re relying on public pressure and public awareness of this law and… the potential positive impact of the law to kind of inspire courts to prioritize this work, among all the other work that they’re doing,” Toran-Burrell said.

As part of the process to grant retail cannabis licenses in the city of Fresno, applicants are required to create a community benefit plan.

Retailer Perfect Union — which has applied for a location in north Fresno at a shuttered dance studio — has included expungement clinics in their proposal.

“Everything that (Perfect Union has) done to this point has been groundwork leading up to this moment,”  said Caity Maple, vice president of government affairs and compliance with Perfect Union. “So for us, that always means community benefits. We’ve given to nonprofits in the community. And we also hosted expungement clinics for Fresno residents that have been convicted of a crime.”

When Fresno voters passed Measure A in 2018 that mainly allowed for the taxation of cannabis businesses, it also created a Community Benefits Commission.

To date, neither the mayor nor the city council — who are tasked to making appointments to the commission — have done so.

GV Wire℠ also inquired with two other court jurisdictions in the Central Valley about their progress with expungements.

Madera County has yet to clear any cases.

“The COVID-19 pandemic has had a negative impact on court operations statewide since March 2020, and ultimately caused a major backlog for all case types,” Court Executive Officer Adrienne Calip said in an email. “Regarding AB 1793, our Court is still in the process of searching tens of thousands of records to identify cases, and will continue to work with the DA’s Office to process these cases.”