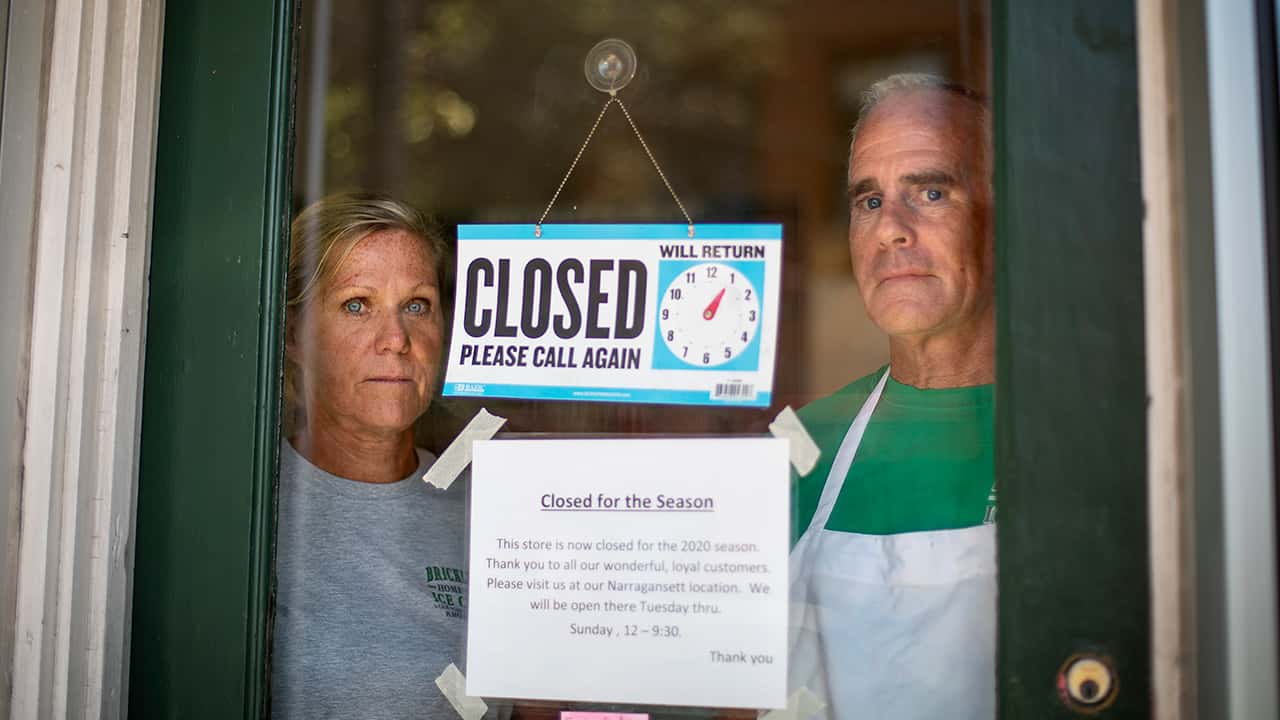 The severe recession that has engulfed California as the state battles the COVID-19 pandemic presents the state’s dominant Democrats with a very large dilemma.

As businesses closed their doors and unemployment skyrocketed, the natural inclination of Gov. Gavin Newsom and Democratic legislators was to spend money to relieve the economic pain — but the recession also was eating into tax revenues.

They got a break when Congress and President Donald Trump responded with a big infusion of cash for state and local governments, for employers and for jobless workers in the form of $600 a week bonuses on their unemployment insurance benefits.

However, the federal aid soon ran out and a political stalemate in Washington blocked any successor to the CARES Act, reopening the gap between what state officials want to do and their means of doing it.

The response has been a series of stopgap actions aimed at alleviating the recession’s symptoms on the hope that by the time the financial bills come due, either the economy will have recovered or more federal aid will be coming from a Democratic president and a more Democratic Congress.

The state budget, hurriedly amended after recession struck, is a case in point. Newsom, et al, describe the 2020-21 budget as balanced, but in reality it rests on at least $20 billion in borrowed money, most prominently “deferrals” of billions of dollars in state aid to local school systems. It also has a series of spending cuts that would be withdrawn should the feds appropriate more relief aid.

Shaky Presumptions Are Obvious Potential Problems With the Measure

Other stopgap measures have surfaced in the final days of the Legislature’s 2020 session, including a scheme for the state to borrow about $100 billion for recession relief, as well as more traditional tax increases.

The most ambitious of the late-blooming stopgaps may be Assembly Bill 1436, which would temporarily suspend rent and mortgage payments for Californians facing eviction or foreclosure due to loss of income.

Landlords with more than a few units and mortgage lenders would be compelled to eat the losses of revenue for a year or even two, until the economy presumably has recovered, their customers presumably are back to work and everyone presumably can be made whole.

Those shaky presumptions are obvious potential problems with the measure, which won its initial committee vote last week after a six-hour hearing. Another is that it may violate the federal constitution because it impairs contracts and interjects the state into mortgages backed by federal guarantees. Still another is that it could discourage investment in badly needed housing construction.

The bill is proceeding, however, on the argument that something must be done to stave off evictions and foreclosures that could impact millions of California families.

All of These Temporary Stopgaps Are Incredibly Risky

“If we don’t change state law in the next two weeks we will see a massive wave of evictions,” the bill’s author, Assemblyman David Chiu, told the Senate Judiciary Committee. “It works a lot better than doing nothing,” Chiu, a San Francisco Democrat, responded to his measure’s critics.

What happens, Chui was asked, if the recession is still impacting the state when the deferred rent and mortgage payments come due?

Chiu acknowledged that his legislation “may not be enough” and added, “We hope for the best.”

The situation that AB 1436 addresses is real and imminent, and one can’t fault legislators for trying to find some workable response, any more than one can fault delinquent renters and homeowners for losing their jobs from state-ordered business shutdowns.

However, all of these temporary stopgaps are incredibly risky, fingers-crossed throws of the dice.

What’s in That Wildfire Smoke, and Why Is It So Bad for Your Lungs?