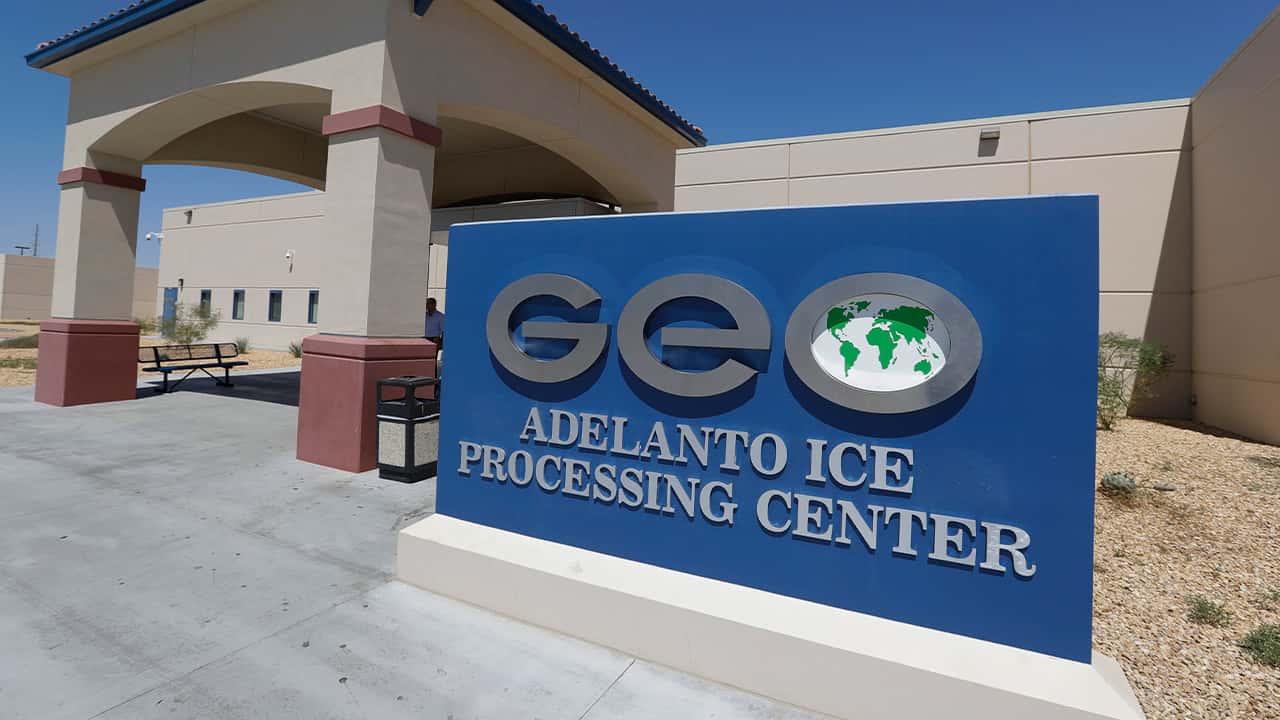 HOUSTON — Executives at the nation’s two largest private prison companies have been donating large sums to President Donald Trump and Republican candidates with an eye toward the November elections that one of the corporations believes will lead to a rebound in its stock price.

The fortunes of private prison companies have become increasingly intertwined with the nation’s politics in an era when the Trump administration has been detaining tens of thousands of immigrants and asylum seekers at their facilities. Together, CoreCivic and GEO Group made about $1.3 billion last year in contracts with U.S. Immigration and Customs Enforcement. Each company relies on ICE for around 30% of its revenue.

Democratic presidential candidate Joe Biden has committed to ending the use of private prisons for detention after facing pressure from Bernie Sanders and other liberals, who argue for-profit detention is tied to racial injustice and policies that lead to more incarceration.

Biden’s pledge would be a major change from when he was vice president during President Barack Obama’s administration, which opened family detention centers in Texas operated by both companies and deported more than 3 million people.

Positioning themselves for the future, GEO and CoreCivic recently agreed to long-term contracts with the Trump administration for several immigration detention centers in Texas and California. Those agreements would be difficult to unwind if Biden wins.

They are also spending heavily to help Republicans win.

George Zoley, GEO Group’s founder and CEO, has given $514,800 to Republicans and just $10,000 to Democrats during the current election cycle, campaign finance records show. According to the nonprofit Center for Responsive Politics, people and groups linked to GEO have given more than $1.7 million, mostly to Republicans.

CoreCivic CEO Damon Hininger has donated $26,300 during this election to Republicans. People and groups linked to CoreCivic have given $228,000 so far, primarily to the GOP.

“Any questions or inferences about whether or not CoreCivic prefers the Republican Party, because it is better for our business, are misleading and portrays our company in a false light,” said Ryan Gustin, a spokesman for the company.

GEO Group spokesman Pablo Paez said any political contributions “should not be construed as an endorsement of all policies or positions adopted by any individual candidate.”

Speaking to investors last week, Zoley predicted that GEO’s stock — which has plummeted this year after surging at the start of Trump’s term — would bounce back following the November election. GEO Group says Zoley was not predicting a specific winner, but rather that the election would give the company and investors much-valued certainty as to the government’s future direction.

CoreCivic and GEO told shareholders last week that they have renewed 10-year contracts for three detention centers in Texas, one in Houston and the others outside Austin and San Antonio. Both companies previously reached agreements in December to keep open detention centers in California and for GEO Group to open three new immigration jails.

In both states, ICE and the companies side-stepped local opposition, including a California law banning new private prisons. The California agreements were reached days before the effective date of the law, which GEO and the Trump administration are now challenging in court.

In discussing CoreCivic’s contracts, Hininger told investors that ICE and the U.S. Marshals Service were preparing for the future “with not only the pandemic but also going into 2021 and maybe some outcomes in Congress and the White House.”

“So they’re preparing, and with that, working with us to prepare,” he said.

Private Immigration System Has Grown Under Presidents of Both Parties

Most of the U.S. government’s 200 immigration detention centers are run by private contractors holding asylum seekers and other immigrants accused of administrative violations or awaiting deportation. According to the American Civil Liberties Union and Human Rights Watch, private prison companies operate about 80% of beds in the immigration system. GEO Group and CoreCivic are the two biggest contractors.

The private immigration system has grown under presidents of both parties over the last four decades. But as Democrats have largely moved away from supporting private prisons, the industry has aligned itself more with Republicans.

GEO Group officials gave six-figure donations to Trump’s election campaign and inaugural committee, have spent millions on lobbying the administration, and held one company retreat at the Trump resort in Doral, Florida.

CoreCivic and GEO stocks surged around Trump’s inauguration based on expectations that his administration would ramp up immigrant detention — which it did. ICE was detaining a record 50,000 immigrants for much of last year. Trump also rescinded an Obama-era plan to phase out the use of private prisons.

But the stocks of both companies have lost two-thirds of their value since 2017, Trump’s first year in office. The companies have been accused of mistreating detainees and employees — particularly during the coronavirus pandemic — and relying on low-paid or unpaid detainee labor to reduce costs, allegations they have denied.

A divestment campaign led by activists pushed six major banks last year to stop lending to the companies. And after hitting record highs, ICE’s detainee population has fallen to just over 20,000 now because the Trump administration is quickly expelling most immigrants under an emergency coronavirus declaration.

Experts say the divestment campaign has restricted the private prison companies’ ability to borrow and invest money. Both companies announced last week they would reduce the dividends paid to shareholders to pay down debt, one through a corporate restructuring.

But Joe Gomes, an analyst at Noble Capital Markets, said both companies were still critical to federal and state governments that don’t have the capacity to run detention centers themselves. The companies’ contracts with the federal government also generally pay minimum amounts even if they are used well below capacity.

“The actual history is different than what people’s perceptions would be,” Gomes said. “Under the Obama administration, both CoreCivic and GEO did fine.”