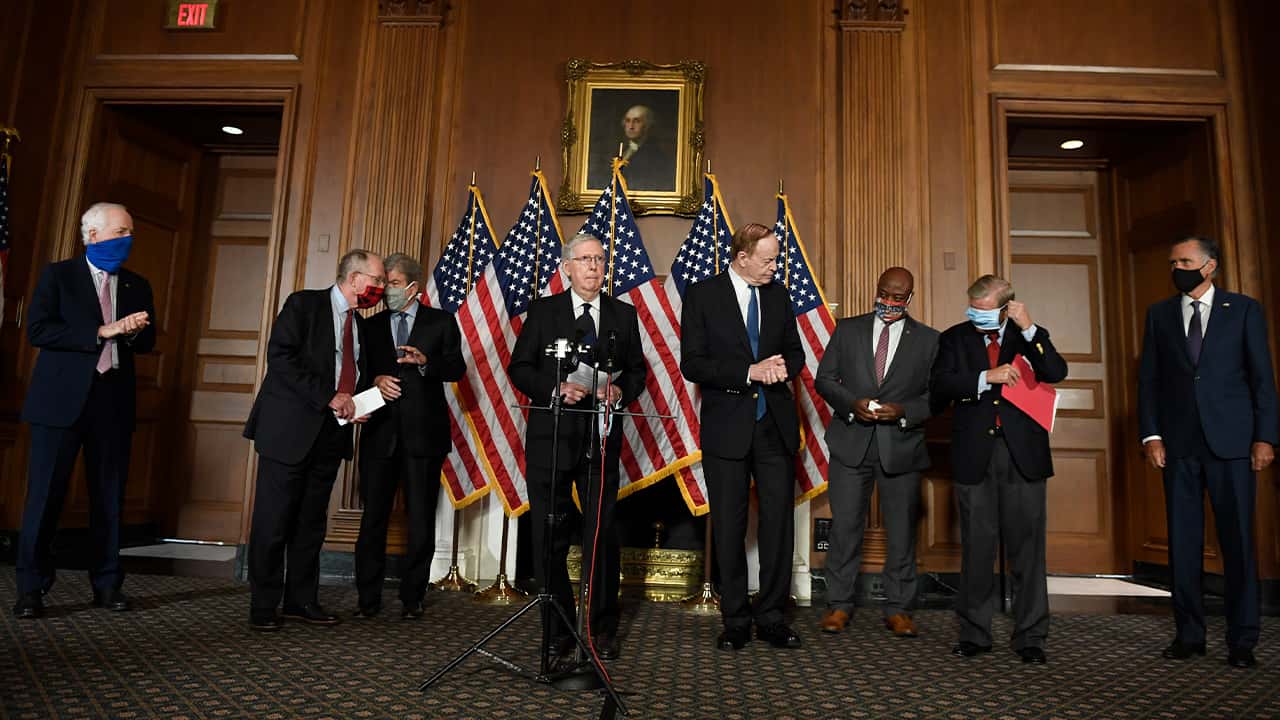 WASHINGTON — The differences over the next coronavirus aid package are vast: Democrats propose $3 trillion in relief and Republicans have a $1 trillion counteroffer. At stake are millions of Americans’ jobless benefits, school reopenings and eviction protections.

Treasury Secretary Steven Mnuchin and White House chief of staff Mark Meadows returned to Capitol Hill for a second day of talks with Pelosi and Schumer.
They also heard an earful during a private GOP lunch. Half the Republican senators are expected to oppose any bill.
“We’re a long way apart,” acknowledged Sen. Richard Shelby, R-Ala., the chairman of the Appropriations Committee.
Republicans seek $16 billion for virus testing but Democrats want $75 billion.
For school reopenings, Democrats want four times the $105 billion Republicans propose.
Democrats want to extend a federal eviction moratorium on millions of rental units that is expiring Friday, but Republicans are silent on evictions.
McConnell insisted no bill will pass without a sweeping liability shield for doctors, businesses and schools reopening. Democrats want tougher federal workplace safety oversight.
One major sticking point will be over funding for cash-strapped states and cities. Democrats proposed nearly $1 trillion for states and cities to avert municipal layoffs of government workers. Republicans gave no new money and prefer providing them with flexibility in previously approved aid.
The two bills are widely seen as simply starting points in talks. Sen. Lindsey Graham, R-S.C., said McConnell would be lucky to get half the Republicans on board.
“We’re in a war, ok, with the virus,” Graham said at the Capitol. “And if you don’t think we need money for hospitals and doctors you’re not looking at the same movie I’m looking at.”
An area of common ground is agreement on a new round of $1,200 direct payments to Americans earning $75,000 or less.

But Democrats also add a “heroes’ pay” bonus for frontline essential workers, money food stamps and other assistance that Republicans do not provide.