Out of 'Protest,' Great American Barbershop Opens in Fresno, Clovis 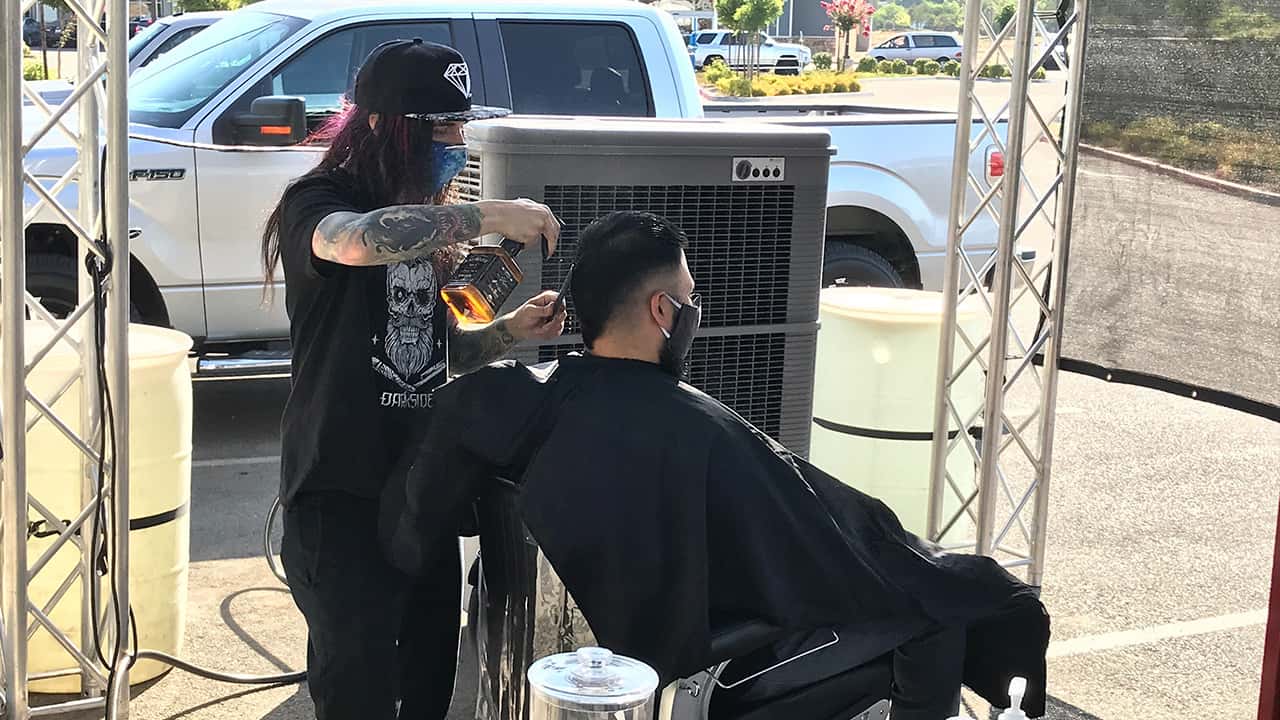 Barbershops complete with a view, a swamp cooler, a shade screen, and fresh air made their debut Thursday morning in Fresno and Clovis. 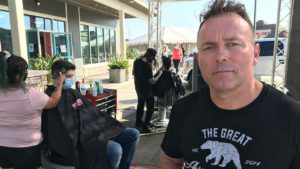 “We should be inside where it’s safer. You don’t have to worry about the heat. It’s a very controlled environment.”–Tye Featherstone, The Great American Barbershop

Though that may sound appealing, the founder of The Great American Barbershop says it’s anything but.

“This is a protest,” Tye Featherstone tells GV Wire℠ just after the first clients arrived at 8 a.m.

Asked how his business is doing through the pandemic, “I can tell you it just keeps going down.”

Featherstone says he is losing money. His employees are having to work harder. He has fewer chairs, and he’s only opened two of his four valley locations.

His frustrations with Gov. Gavin Newsom were the one thing not being trimmed during our interview with him.

“We had a thriving business … things were great. Then the unseen virus shows up.”

By opening in protest, Featherstone is doing this to show how hard the governor is making it on his industry. He hopes that by showing how difficult this is for his employees and customers Newsom may allow barbershops and salons to operate indoors.

“We should be inside where it’s safer. You don’t have to worry about the heat. It’s a very controlled environment,” says Featherstone.

He’s “frustrated” that California is the only state in the country where barbers and salon owners have to abide by these types of rules. And, he’s started a change.org petition to send a message to Sacramento that barbershops and cosmetologists are essential. 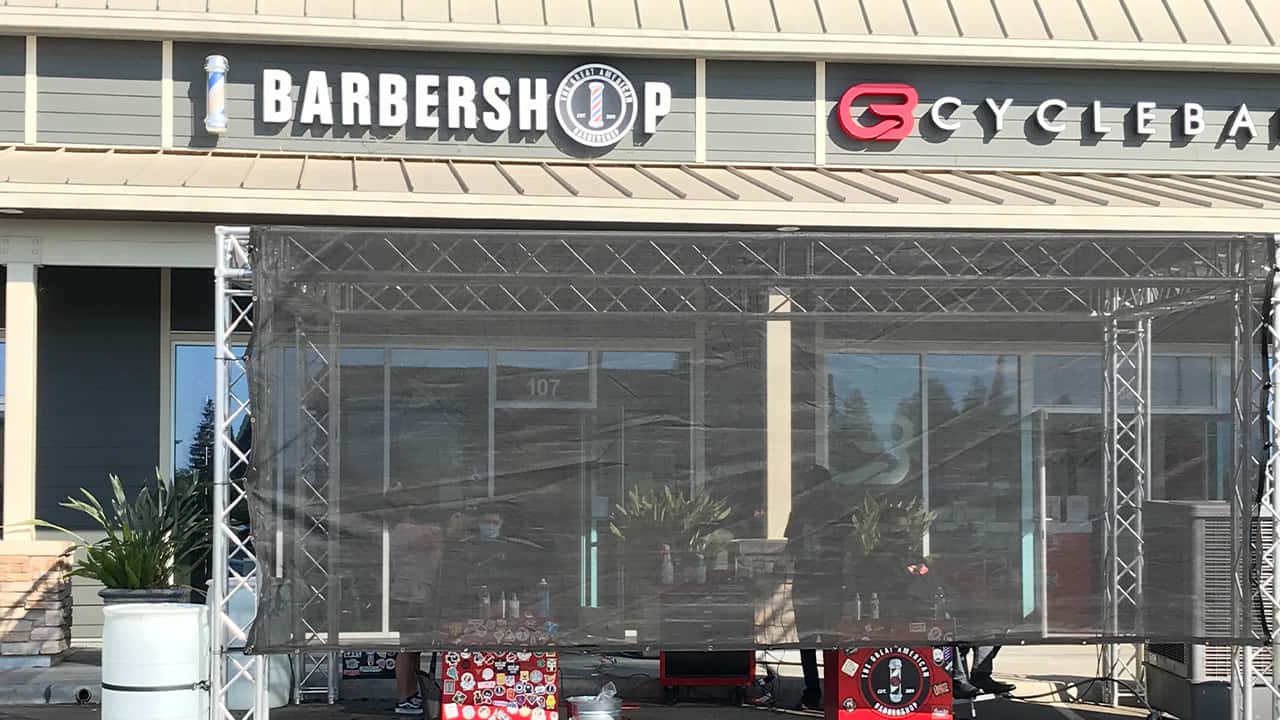 The two locations offering cuts at this time are in north Fresno at Friant Road and Fresno Street, and in Clovis at Clovis and Herndon avenues.

The swamp coolers blow the cool air. The UV shade screens provide some cover from the heat.

Things that people have come to expect through the pandemic are visible. Socially distanced chairs. Face masks. New drapes used on every customer. Plenty of hand washing while drying off on separate towels.

The usual shaves and shampoos have been sidelined for the time being.

The current hours of operation are 8 a.m.-1 p.m. because of heat concerns. Featherstone will gauge that over the coming days and increase the hours if he can.

On our way to meet Featherstone, GV Wire℠ drove by several other popular haircut businesses to see if anyone had taken the governor up on his offer to be outside.

We also drove by a couple of independent barbershops and saw closed doors, no activity, and no lights on.

Despite the challenges, Featherstone points to a silver lining.

“There’s no better people than Valley people,” he said.