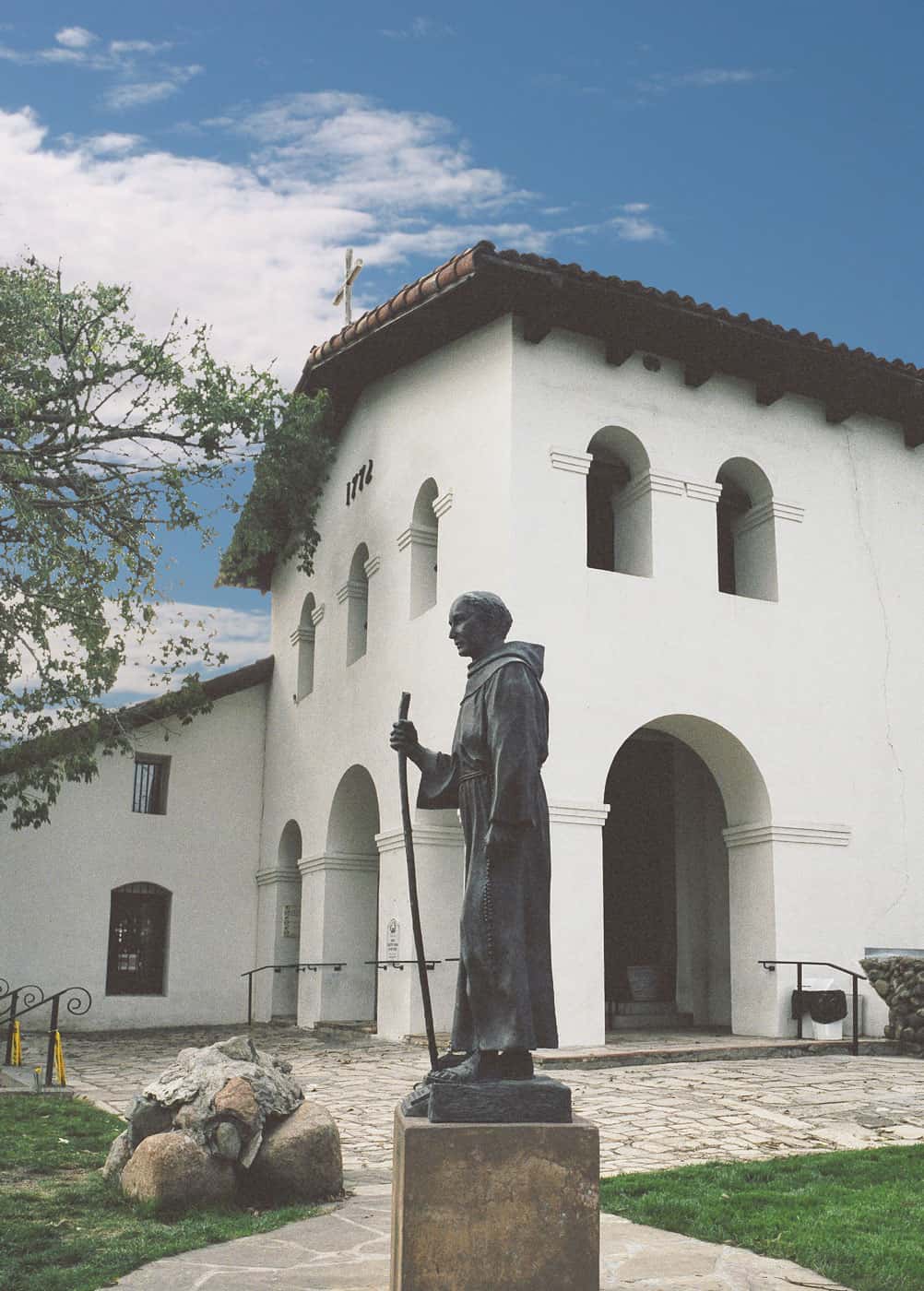 Statues of Junípero Serra have been defaced in California for several years by people who said he destroyed Native American tribes and their culture.

Monday, the Catholic Church had the San Luis Obispo Mission statue of Serra removed from its perch.

The Tribune‘ reports the statue was brought down by a work crew at about noon Monday to “safeguard the statute and to protect it from vandalism,” a spokeswoman for the Diocese of Monterey, which owns the mission property, said Monday.

Erica Yanev, spokeswoman for the Diocese of Monterey, said the removal was for the protection of the monument.

In an email to GV Wire℠, the Diocese of Monterey says, “We have taken steps to safeguard the statute and to protect it from vandalism.”

Related Story: While Confederate Statues Come Down, Other Symbols Targeted

Junípero Serra was an 18th-century Franciscan friar who led the California mission system during the era of Spanish colonization. He founded Mission San Luis Obispo de Tolosa in 1772.

The mission system’s goal was to convert the Native American population to Catholicism and Western culture. Indigenous customs and beliefs were banned, and Native Americans were subjected to well-documented abuses.

Serra was canonized as a saint by the church in 2015, a controversial move that resulted in several statues being toppled and graves damaged at the Carmel Mission, where his remains are buried.

In Fresno, there’s a Serra Club through the diocese.

The Los Angeles Times reports the statue of Father Junipero Serra in Father Serra Park was brought down Saturday by indigenous activists who shouted and drummed as it flew off its pedestal. No police were present at the time.

The 18th century Roman Catholic priest founded nine of California’s 21 Spanish missions and forced Native Americans to stay at those missions after they were converted or face brutal punishment.

Demonstrators in San Francisco pulled down a statue to Serra with ropes on Friday, while statues on the East Coast honoring Confederates who tried to break away from the United States were toppled. The incidents occurred amid demonstrations against racism following the Minneapolis police killing of George Floyd in May.

San Luis Obispo Mayor Heidi Harmon said in an Instagram post that she was pleased to see the statue removed.

The California Catholic Conference of Bishops issued a statement in response to the removal of St. Junipero Serra statues in the state. It states in part:

“The historical truth is that Serra repeatedly pressed the Spanish authorities for better treatment of the Native American communities.  Serra was not simply a man of his times. In working with Native Americans, he was a man ahead of his times who made great sacrifices to defend and serve the indigenous population and work against an oppression that extends far beyond the mission era. And if that is not enough to legitimate a public statue in the state that he did so much to create, then virtually every historical figure from our nation’s past will have to be removed for their failings measured in the light of today’s standards.”