Heard About America's Coin Shortage? Here's How You Can Cash In. 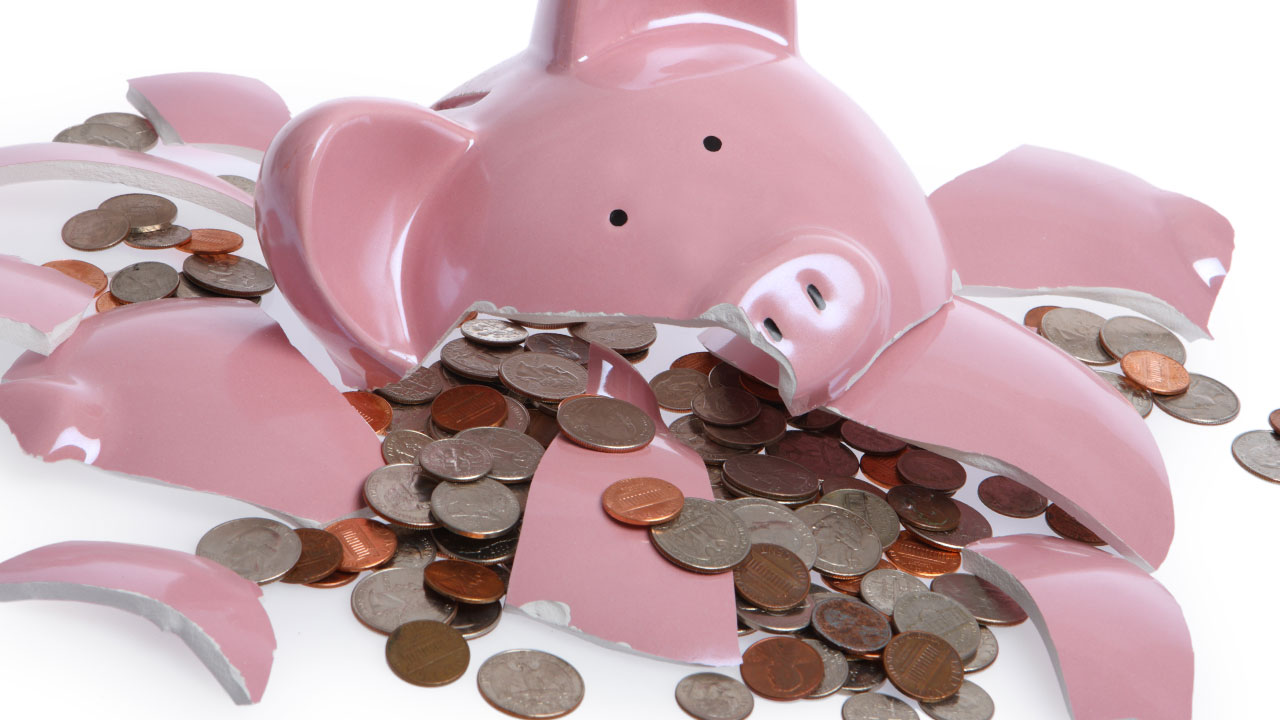 If you have a stash of loose coins in a jar sitting on a shelf somewhere, your country needs you.

That’s because there’s a shortage of coins circulating in the U.S. economy these days, brought on by widespread pandemic lockdowns. With stores closed, cash transactions plummeted. Coins that would have ordinarily been spent have instead remained in pants pockets, purses, and piggy banks.

“The places where you go to give your coins, and get credit at the store and get cash — you know, folding money — those have not been working,” said Jerome Powell, chairman of the Federal Reserve, in comments to Congress on Wednesday.

“Stores have been closed. So the whole system of flow has kind of, had come to a stop,” he said.

“The places where you go to give your coins, and get credit at the store and get cash — you know, folding money — those have not been working.” — Jerome Powell, chairman of the Federal Reserve

Now that businesses are quickly reopening, banks are finding that the demand for small change is outstripping the available supply.

“We are actively managing our coin inventory and working with customers to meet their coin needs after the Federal Reserve put limitations on coin deliveries to all financial institutions nationwide,” said Yahaira Garcia-Perez, Central Valley spokesperson for Wells Fargo.

The shortage was made worse after the U.S. Mint decreased the production of coins — really all currency — as it worked to protect its employees from COVID-19.

So how can coin hoarders help their country in its time of need? By cashing in their spare change for more of that “folding money” that Jerome Powell mentioned.

GV Wire℠ looked into the best options for trading a pile of coins for a stack of bills. Here’s what we found.

“We are actively managing our coin inventory and working with customers to meet their coin needs after the Federal Reserve put limitations on coin deliveries to all financial institutions nationwide.” — Wells Fargo spokesperson Yahaira Garcia-Perez

For convenience and simplicity, those big, green Coinstar kiosks you see in your local supermarket or Walmart can’t be beat. There are at least 20 scattered throughout Fresno, according to Google Maps.

As Coinstar’s website (and numerous YouTube videos) show, the process couldn’t be simpler. Just add your loose coins to the tray, slowly pour them into the feeder, and watch the screen as it tallies up your total.

When your coins have all been captured and counted, the machine will dispense a voucher that you’ll take to a store cashier for your cash payment.

The Cost of Convenience

There can be a cost for this convenience, however. Coinstar takes an 11.9% fee for cash transactions, which will cost you nearly $12 for every $100 in coins you cash in.

But you can avoid the fee entirely by opting to take your payout as a credit (similar to a gift card) from a range of well-known retailers, restaurants and entertainment services — or by donating your proceeds to charity.

Coinstar says it processes 43 billion coins every year through its network of more than 21,000 kiosks worldwide. But the company says COVID-19 lockdowns slowed its business, which in turn has meant fewer coins being “recycled” back into the economy

“As lockdowns end, coin transactions and volumes through Coinstar kiosks are growing and, accordingly, we’ve been making more frequent coin pick-ups to help get coins back in circulation,” Gaherity said. “We expect to see consumers resume their former level of coin usage and recycling that’s been partially deferred since mid-March.”

Taking It to the Bank

Hauling your coin stash to a nearby bank would seem to be a logical choice — but that option is not as straightforward as it seems.

Many banks and credit unions limit coin exchanges to particular branches and many provide services only to account holders. Some also rely on the same Coinstar kiosks you’ll find in retail locations, though the cash-out fee can be lower.

Chase Bank will accept wrapped coins from account holders and non-customer alike with no fee. That’s almost unheard of among the big national banks.

That’s the situation at Golden 1 Credit Union. Coinstar kiosks are available at three branches in the Fresno area, including Fig Garden, Fashion Fair and Sierra Vista in Clovis.

Anyone can use the machines to exchange their coins, a Golden 1 representative said, but account holders pay a lower transaction fee of 5% while those without accounts pay a 9% rate.

Rolled Coins Can Save You

Noble Credit Union offers a Coinstar kiosk only at its Airport branch on Fine Ave. north of McKinley. The coin exchange fee is 4.9% for account holders and 9.9% for anyone without an account, a representative said. Noble also accepts coins sorted and rolled in standard wrappers from its members for deposit into their accounts at no cost.

Meanwhile, Chase Bank will accept wrapped coins from account holders and non-customer alike with no fee. That’s almost unheard of among the big national banks.

“Most of them have a policy of not converting coins to bills for non-customers,” a recent article on the website MyBankTracker.com noted.

But a Chase representative contacted by GV Wire℠ confirmed that their local branches will convert up to $100 in rolled coins to paper money for those without an account. The bank’s regular customers can bring in a larger amount of wrapped coins to deposit, of course. Chase branches will even provide a supply of paper coin wrappers on request.

Do you know of another bank or credit union that will exchange coins for bills? Let us know in the comments and we’ll add them here.