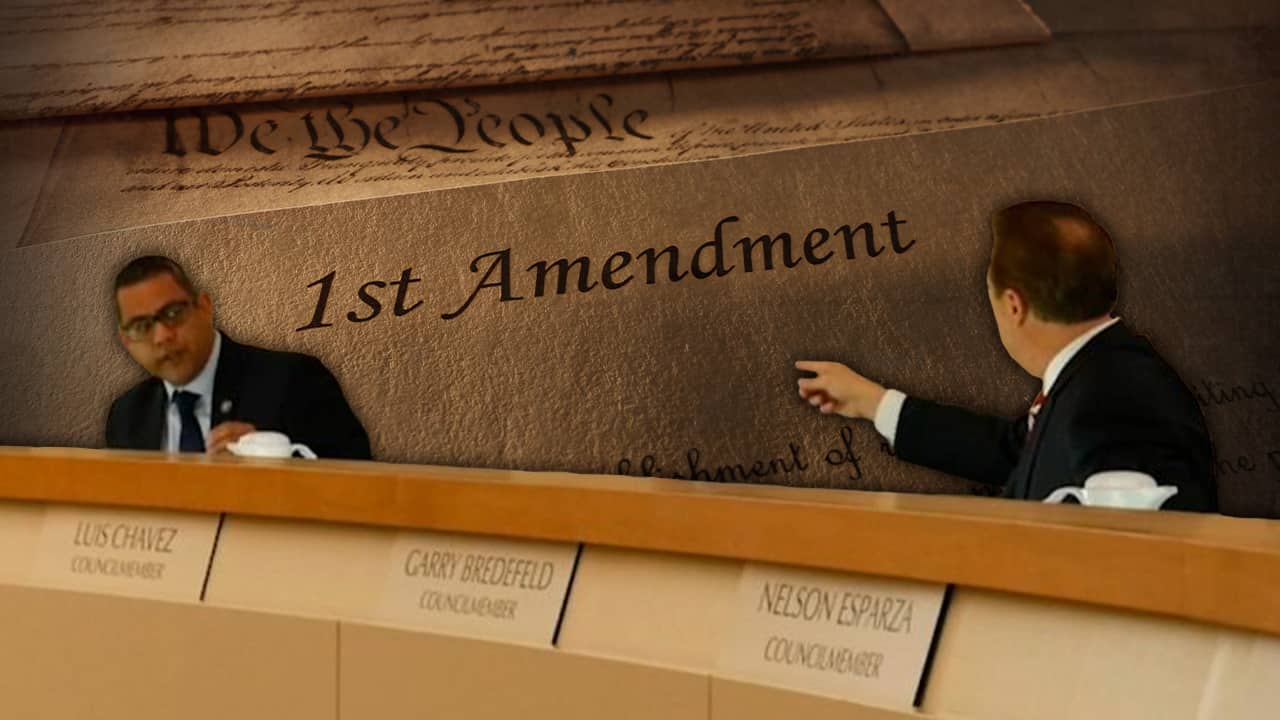 Fresno City Council President Miguel Arias wants to add a warning when council discussions might be offensive.
But, is adding a disclaimer— but not outright banning such conversations, images or videos — constitutional?
Experts that GV Wire spoke to said probably, with certain caveats.

Arias wants to change the language to the council’s Rules of Procedure, the 20-page rulebook the council uses to set agendas and conduct meetings. The council tweaks the rules on occasion.
“Graphic or potentially offensive images, video, or discussion shall be preceded by a disclaimer, allowing for sensitive or objecting individuals to exit for that portion of the presentation,” would be added to the rules about order and decorum.
During the Jan. 16 council meeting debate about banning concealed weapons at City Hall, councilman Garry Bredefeld played video of a news story about a 2010 shooting at a Florida school board meeting. The video featured graphic images of a gunman firing shots at the board members. No one was hit. The gunman eventually died from a self-inflicted shot (not seen in the video).
Arias cut off the video, angering Bredefeld.
“You don’t cut any video. That’s my video,” Bredefeld shouted. “That’s the reality with people with guns. If you don’t like it, too bad.”
The video resumed. Bredefeld also played video of a recent Texas church shooting, where a churchgoer with a gun prevented a shooter from causing more deaths.
After the meeting, Arias said he was concerned about children who might be watching the meeting on television at home.
“Those present have an opportunity to step out or look away,” Arias said of his proposal. 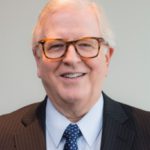 Arias says requiring disclaimers is nothing new.
“Even on television and on news outlets, disclaimers are required,” Arias said. “Can the next councilman or member of the public show pornography? … The fact is, we didn’t have a rule to clarify.”
Bredefeld doesn’t object to a disclaimer.
“It’s OK for someone to express that this video may be objectionable. That’s fine if someone wants to say that. But, it’s subjective. What I might find objectionable, others might not,” Bredefeld said.
However, Bredefeld does not want restrictions on what can be shown or discussed.
“No one should be restricted from sharing their viewpoint and exercising their First Amendment rights,” Bredefeld said.

The three First Amendment experts said the government can limit public speaking.
One concerns the time, place, and manner of speech.
Restrictions can be imposed as long as they are viewpoint neutral. For example, it’s OK to limit the time a speaker has or when they can speak. Shouting obscenities and making threats could also be restricted.

Arias proposes other changes to the council rules.
A councilmember may not use presentation material unless it is submitted the prior Thursday to a council meeting. Otherwise, either the council president or five members of the council would have to approve the material.
“Those are two things that did not occur in this last meeting,” Arias said. “The council was not aware that murder was going to be shown and broadcast live.”
Bredefeld objects to the deadline, noting that new information can come up at the last minute.
Other proposed changes:
— Closed session items would be heard around 1:30 p.m., or when council meetings resume from lunch break. Before, closed session items were generally heard at the end of the public portion of the meeting.
— A rule limiting contract or budget items exceeding $500,000 to be heard on the consent calendar would be removed.
— Clarifies what type of issues people may discuss when it is time for public comment. Namely, it allows the public to make remarks, but not ask councilmembers direct questions.
— Alters how points of order are raised.