As holiday shoppers ventured out for last-minute gifts over the weekend, the snow-dusted Sierra was visible throughout Fresno and Clovis.

Those magnificent views are backed by the latest snowpack report from the California Department of Water Resources.

The agency reports that the Sierra snowpack is off to its best start since 2010. And that’s good news for skiers and farmers.

Statewide Snowpack at 105% of Normal

However, the northern Sierra snowpack, which is vital for many Valley farmers, trails the other regions at 93% of normal.

In addition, the mountains have accumulated 31% of the season’s average snowpack ending on April 1. 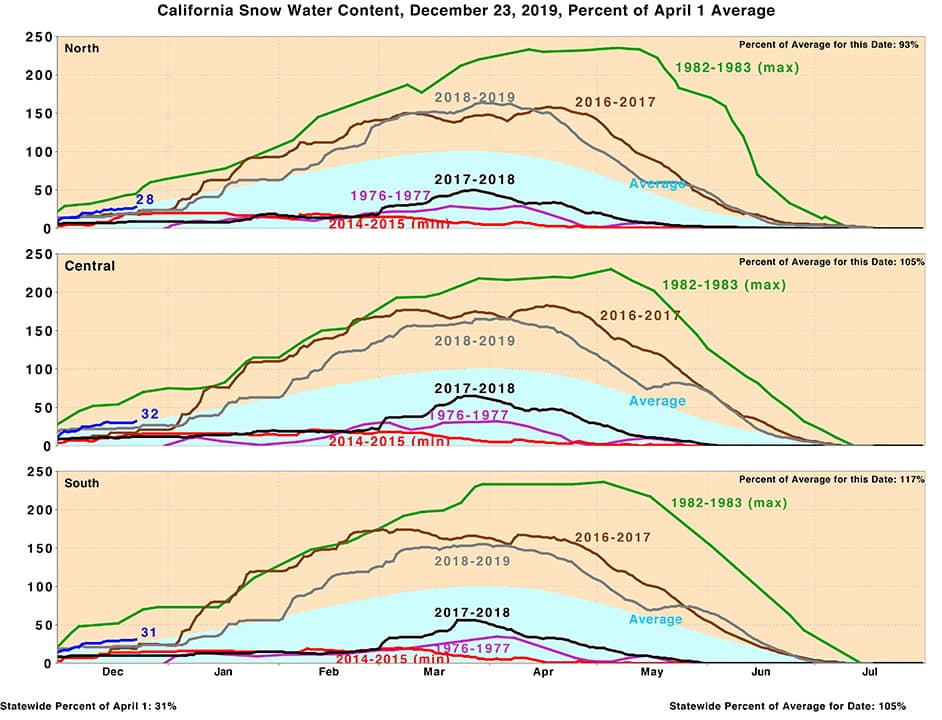