Not out of Woods yet, but Winds Driving California Fires Die 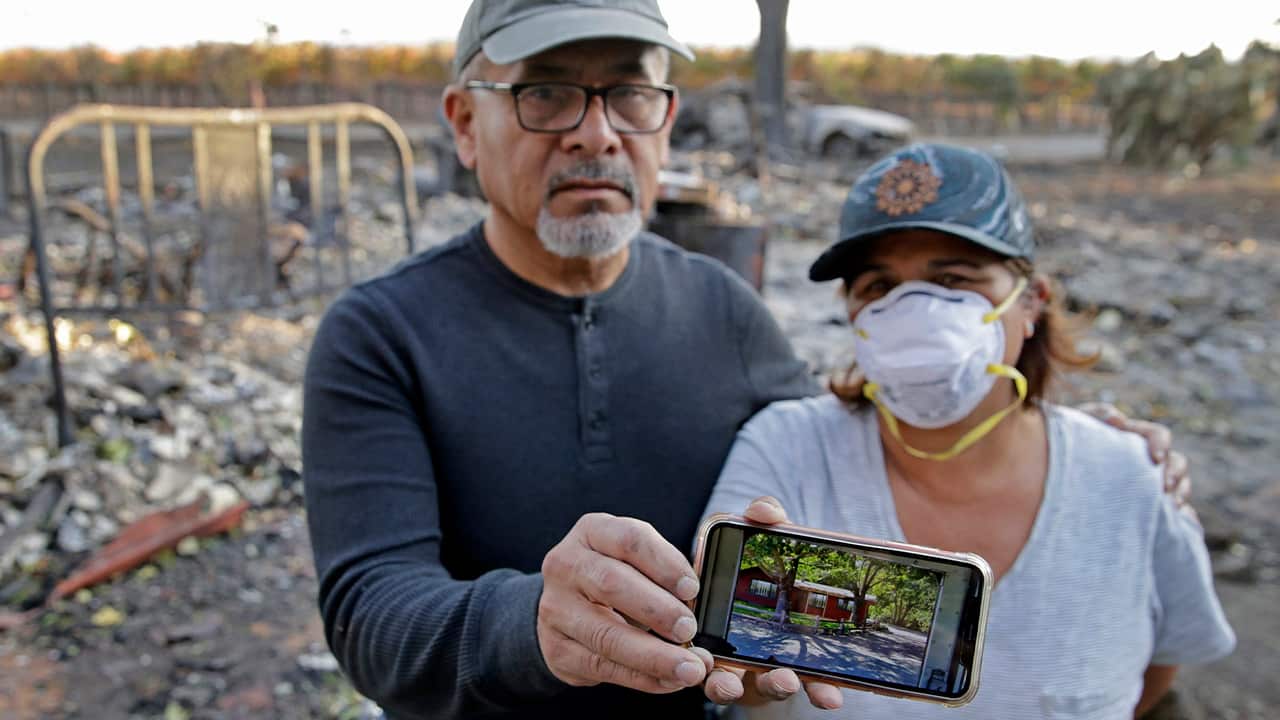 LOS ANGELES — Calmer weather allowed crews to increase containment on wildfires after a three-week siege of gusts fanned blazes across California and led utilities to cut power to prevent winds from blowing branches into electric lines and igniting an inferno.

For most of October, fires forced residents to flee homes at all hours as flames indiscriminately burned barns, sheds, mobile homes and multimillion-dollar mansions.
The good news was that dry, dangerous winds that swept both ends of the state this week have mostly subsided and forecasters have predicted an upcoming week of placid conditions.
Nearly 200,000 Sonoma County residents were allowed to return home even as the 120-square-mile fire that forced them to evacuate continued to burn. At least 140 homes were destroyed.
Brenda Catelani choked up as she recalled driving back home to Windsor with her husband.
“I think when we left, and especially Sunday, we didn’t think we’d be coming back,” Catelani said.
Chunks of burnt embers, burned leaves and ash littered the outside of her house.
The fire had come within 500 yards of their house — closer than the wine country fires of 2017 that killed 44 people and destroyed 8,900 homes and other buildings in Sonoma and Napa counties.
“We feel extremely lucky,” Catelani said.
Evacuations were also lifted for two small fires, fed by gusts up to 60 mph, that destroyed homes early Thursday in the heavily populated inland region east of Los Angeles. One of those blazes, in Jurupa Valley, was caused by dry grasses ignited when a stolen car chased by police tried to escape through fields. Justo and Bernadette Laos hug while looking through the charred remains of the home they rented that was destroyed by the Kincade Fire near Geyserville, Calif., Thursday, Oct. 31, 2019. The fire started last week near the town of Geyserville in Sonoma County north of San Francisco. (AP Photo/Charlie Riedel)

The wildfires came even as many were in the dark from the intentional outages.