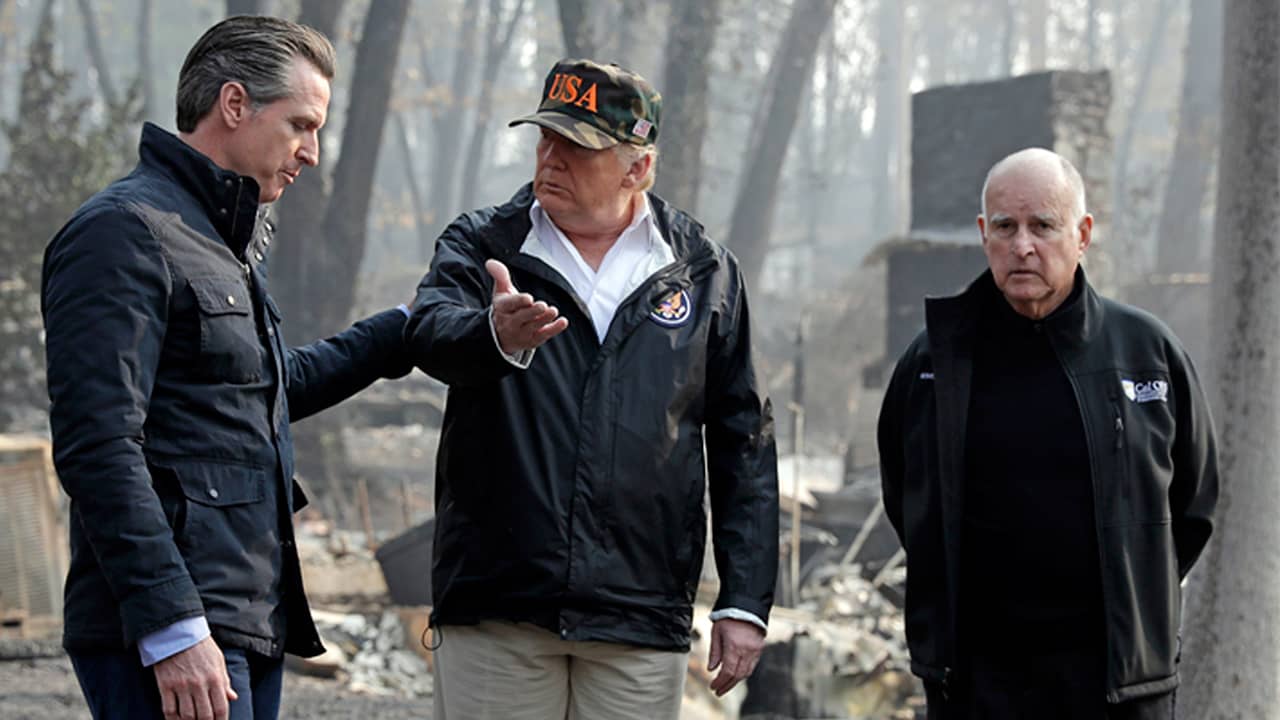 The careers of political executives — presidents, governors and big-city mayors — are often defined, fairly or not, by how they respond to crises.
Abraham Lincoln and the Civil War, Franklin Roosevelt and the Great Depression, John Kennedy and the Cuban missile crisis and Jimmy Carter and the Iranian hostage seizure are examples.

Dan Walters
Opinion
There are also telling examples among California’s recent governors.
Pat Brown’s absence from the state when the Watts riots erupted in 1965 doomed his bid for a third term and son Jerry Brown’s clumsy response to a Mediterranean fruit fly infestation in 1980 likewise undermined his hopes for a U.S. Senate seat.
Pete Wilson’s decisive management of natural and human-caused calamities in the early 1990s helped him win a second term. But his successor, Gray Davis, fumbled an energy crisis a decade later, and was recalled.
When Jerry Brown returned to the governorship in 2011, he was much older and more circumspect. He dealt adroitly with the near-collapse of the Oroville Dam in 2017 — making sure that those managing the dam and the evacuations had ample resources and avoiding grandstanding. He replicated that quiet approach when wildfires erupted, including one that wiped out the town of Paradise last year.
And then there is Gavin Newsom.

Just months into his governorship, he was confronted with still another spate of fierce wildfires and the bankruptcy of the nation’s largest investor-owned utility, Pacific Gas and Electric. PG&E’s wind-blown transmission lines apparently caused some of the biggest fires, leading to enormous damage claims. Changing Ownership Does Not Change the Essential Conflict

Politicians criticize PG&E for shutting off service when fire danger rises, causing inconvenience to customers, but then denounce the company for not acting sooner when fire erupts — all the while ignoring the fact that their laws and Public Utilities Commission decrees dictate much of what the utility does.
When PG&E shut down service in fire-prone areas earlier in the month, Newsom was quick to complain. “What has occurred in the last 48 hours is unacceptable,” Newsom said. “We are seeing the scale and scope of something that no state in the 21st Century should experience.”
After fire broke out in Sonoma County, perhaps due to a PG&E line downed by very high winds, Newsom again denounced the company. “I have a message for PG&E: Your years and years of greed. Years and years of mismanagement. Years and years of putting shareholders over people are over,” the governor wrote on Twitter on Friday. He also suggested that billionaire Warren Buffet should buy the company.
However, changing ownership does not change the essential conflict between Californians’ desire to live in scenic areas with convenient electrical service and what Brown has called “the new normal” of wildfires.
Talk’s cheap. Newsom, having claimed ownership of the wildfire/PG&E crisis, now must deliver or become another political executive who flinched.
CalMatters is a public interest journalism venture committed to explaining how California’s state Capitol works and why it matters. For more stories by Dan Walters, go to calmatters.org/commentary

Despite Trump's Attacks, California Is Still a Republican State