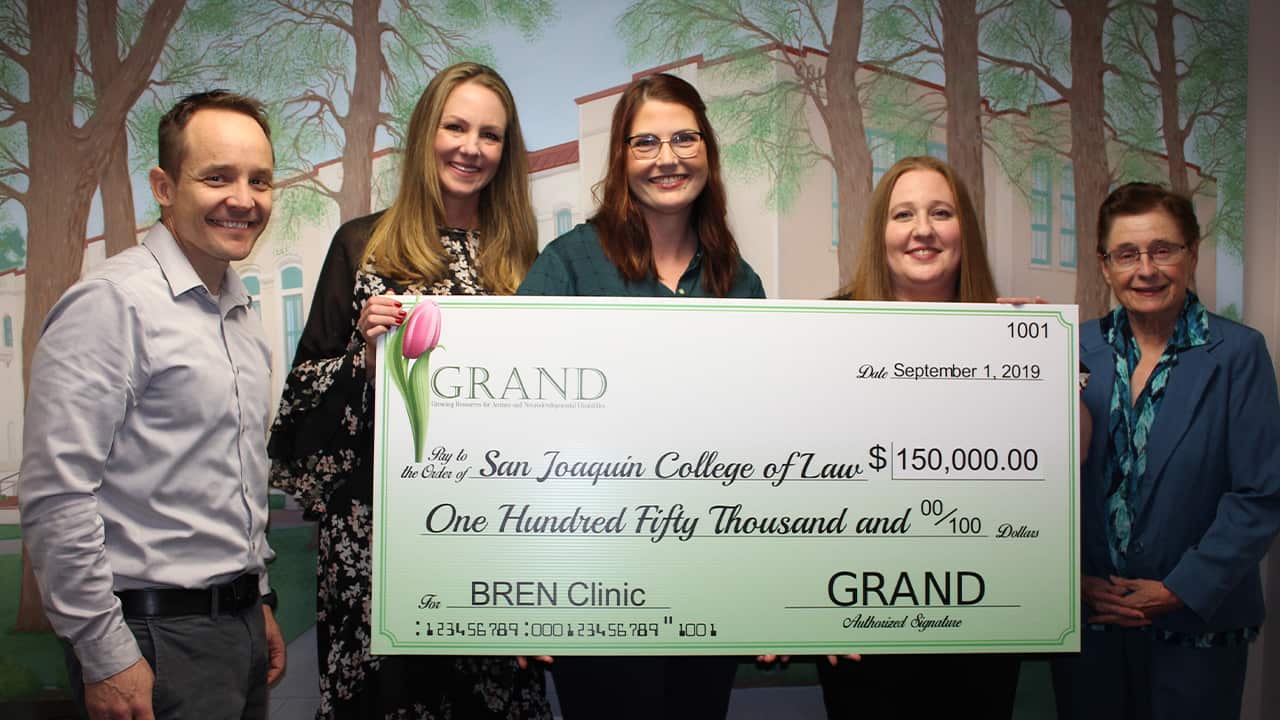 Parents of special-needs children in the Valley have two bright, organized, and hardworking advocates in their corner.
Meet Jodie Howard.
After battling school officials to obtain needed services for her autistic son, she enrolled at San Joaquin College of Law to gain the knowledge to help him and others like him.

Meet Alissa Malakan.
When her daughter was diagnosed with autism, it seemingly took forever to get the services she needed.

Howard graduated from SJCL as valedictorian and oversees the college’s new BREN Clinic. Its mission is to arm families with information so that members with intellectual and developmental disabilities can “obtain the education services, community services, and related support they need to reach their full potential.”
The BREN Clinic’s initial funding — $150,000 — comes from a nonprofit established by Malakan’s family and other families affected by autism. That nonprofit, Growing Resources for Autism and Neurodevelopmental Disabilities, also is providing scholarships for 10 local graduate students seeking master’s degrees in special ed and speech therapy.
Together, Howard and Malakan, are determined to see that all Valley families of special-needs children receive the services they need and are legally entitled to.
“With my daughter, it took forever to receive that diagnosis and then it took forever to get services,” Malakan says. “It was just wrong, and I realized how far our area is behind where autism is concerned. I met a lot of families that had the same concerns. We decided we couldn’t wait, and we started GRAND.
“Our goal is to have developing kids in mainstream classrooms, for parents to know what their rights are, and how to go about getting those needs met.”
Howard’s decision to enter law school stemmed from her battles with Sanger Unified about her son Bren’s education. Now 15, he communicates through sign language and by typing. He now attends Buchanan High School in Clovis Unified.
“He is non-verbal, but he has communication skills,” Howard says. “As a parent, it shouldn’t be such a difficult battle. But it’s hard sometimes; the school and parents don’t always agree on what a child needs. Sometimes, there is a (legal) right the school is violating. We should be working together as a team to get what’s best for the child.”

At one point, Howard went before an administrative law judge and won a request for more therapy for her son. But along with that victory, she said, came the realization that other families weren’t getting the help they needed. During her final year at San Joaquin College of Law, Jodie Howard authored a handbook for parents of special-needs children.

With the support of her husband, Rob, she applied to law school. Not only did she excel at SJCL, but Howard somehow found time to author “A Parent Guide to Special Education & Proactive Advocacy.”
“When I was in my final year of law school, I went to the dean of academics (Justin Atkinson) and asked if I could replace water law or something else with a research project,” Howard says. “That turned into a paper, which turned into a book.”
People reviewing the book on Amazon have found it helpful.
Wrote one reviewer: “Finally! An easy to follow, concise guide through the myriad of the legalize of special ed. No longer in the dark and confused as a parent. Better prepared to be assertive in the child’s best interest. Kudos to Ms. Howard!”

Under the supervision of an attorney, Howard piloted the BREN Clinic by teaching parents’ right classes at SJCL. They filled up quickly and received positive feedback. The clinic’s next step is providing legal help for special ed families. Right now, Howard awaits the results of her California bar exam because she needs to be admitted to the bar to provide those services.
“We (advertised) on Facebook and within a week we had reached capacity,” Howard says.
The demand continues. In fact, advance registration has filled the spring 2020 classes, and names are being taken for a waiting list.
“I know there’s a need because I’ve lived it,” Howard says.

Malakan, meanwhile, is on the hunt for more donors. She wants GRAND to have a Valleywide impact, especially in rural areas where services are hard to find or nonexistent. Correction: An earlier version of this column wrongly attributed Howard’s motivation for enrolling in law school over battles with Clovis Unified.
Related Topics:autismBREN ClinicchildrenJodie HowardSan Joaquin College of Lawscholarshipsspecial edspecial needs
Up Next