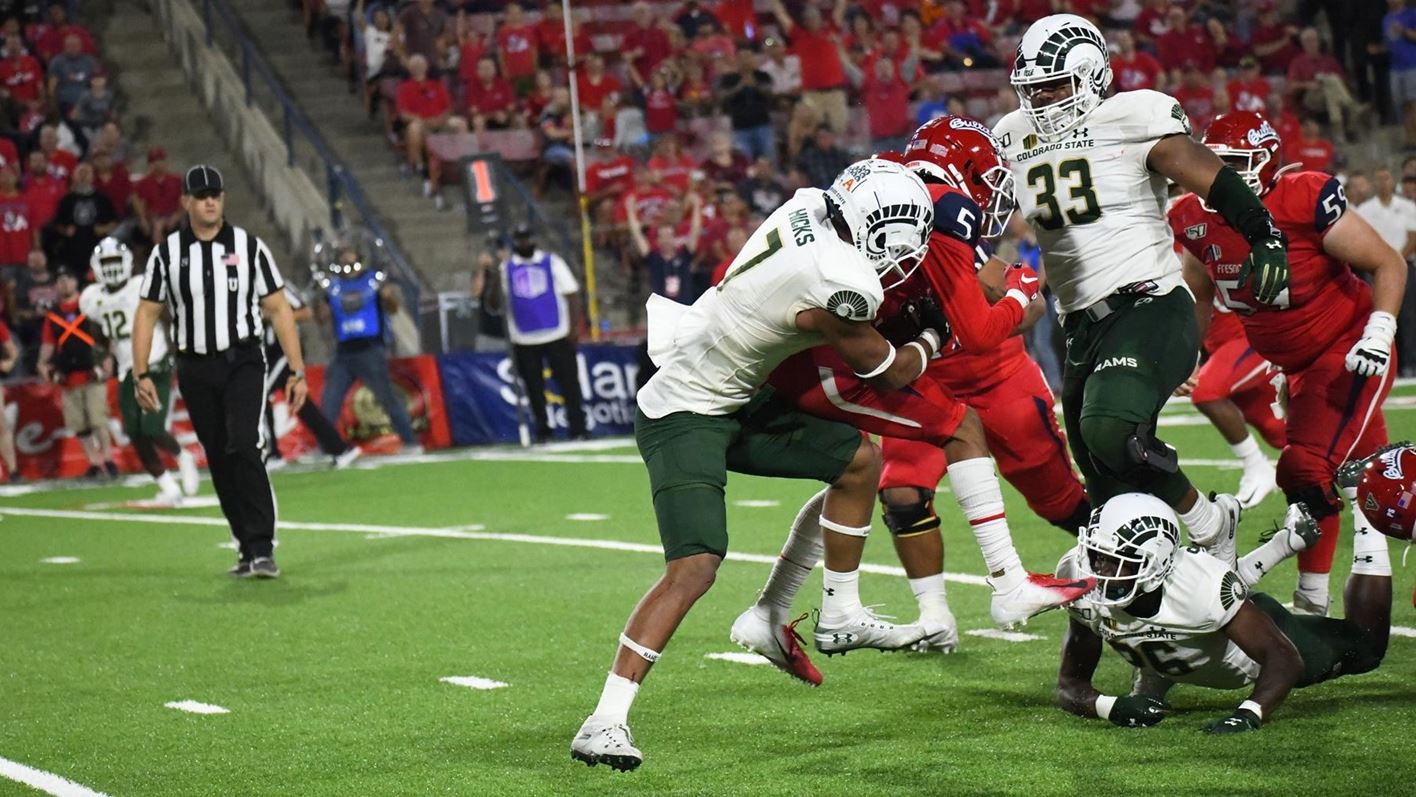 Logan Stewart made an interception to set up Warren Jackson’s go-ahead touchdown with 3 minutes, 29 seconds remaining, and Colorado State held on for a 41-31 football victory over mistake-prone Fresno State on Saturday.
Stewart intercepted Jorge Reyna’s pass and returned it 25 yards to the Fresno State 13 with just more than four minutes left in the Mountain West Conference game.

Listen to this article:
On the second play of the ensuing drive, Jackson caught Patrick O’Brien’s pass on a fade route for an 11-yard touchdown that made it 38-31 for the Rams (3-5, 2-2).
The Bulldogs (3-4, 1-2) turned it over on downs on their next possession, and Max Poduska iced it with a 25-yard field goal with 48 seconds left.

Tedford: ‘Too Many Mistakes’

“We had too many mistakes, penalties, (and Colorado State) outplayed us,” said Fresno State coach Jeff Tedford. “We didn’t deserve to win the game. We have to learn from some of those mistakes. We have to go back, watch it and correct the mistakes.”
The home-field loss came before a homecoming crowd announced as 32,890.
Jackson caught nine passes for 178 yards and O’Brien passed for 322 yards and two touchdowns. Marcus McElroy rushed for 117 yards and two TDs for the Rams.

Ronnie Rivers kept the Bulldogs in the game by rushing 14 times for 146 yards and two touchdowns. He finished with 215 all-purpose yards.
After Fresno State fell behind early, Rivers scored from 7 yards out with 2:18 left in the third quarter for a 28-24 Bulldogs’ lead.
Colorado State gained 500 yards — the most surrendered by the Bulldogs since September 2016.
The Bulldogs also hurt themselves with a season-high nine penalties totaling 74 yards.

Up Next: On the Road vs. Hawaii

Next up for the Bulldogs is a road date at Hawaii (5-3, 2-2).
The Rainbow Warriors defeated New Mexico 45-31 Saturday, and have victories this season against two Pac-12 teams, Arizona and Oregon State.
KAIL-TV will broadcast the game, which is set to begin at 9 p.m. PT.

Beware of Early Overreactions After the NBA's Opening Week