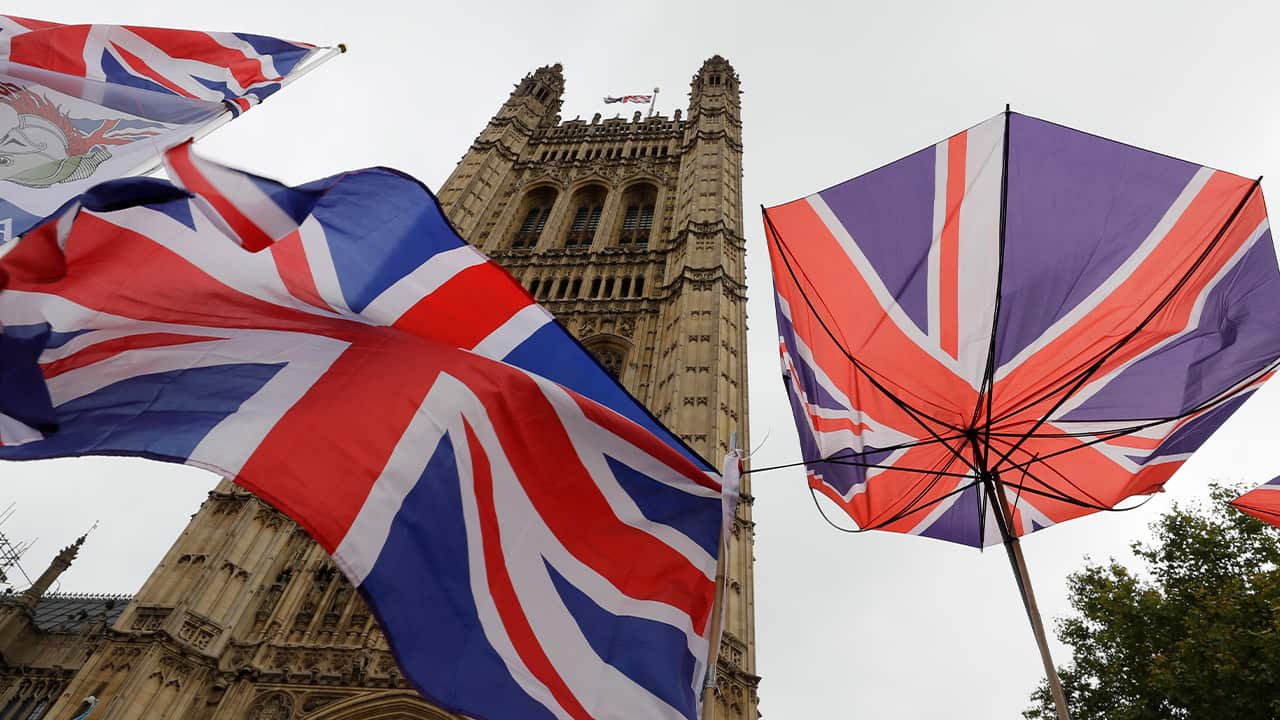 LONDON — Less than a week before Britain is scheduled to leave the European Union, ambassadors from the bloc’s 27 other nations agreed Friday to grant the U.K.’s request for another extension to the Brexit deadline — but they did not settle on how long that delay should be.
As so often during more than three years of Brexit drama, the two sides were in a stalemate, each waiting for the other to make a move. British politicians want to know the length of the delay before deciding whether to hold an early election. The EU, meanwhile, wants to know what Britain plans to do with the extra time.
Speaking in Brussels after EU ambassadors met with the bloc’s chief Brexit negotiator Michel Barnier, European Commission spokeswoman Mina Andreeva said the envoys accepted the terms of an extension and their “work will continue in the coming days.”
Two European diplomats said the ambassadors would meet again early next week. Andreeva hinted that the EU would not hold a special summit on Brexit to approve the extension, saying the decision will likely be made in a statement.
“We are not very far, and there is no doubt we will find a deal early next week,” said one diplomat, who asked not to be identified because talks are continuing. The ongoing debate in Britain over Prime Minister Boris Johnson’s request for a general election could have an impact on the length of the delay, the diplomat said.
Britain is scheduled to leave the 28-nation bloc on Oct. 31 after its original March 29 departure date was postponed twice. The U.K. has asked for a three-month extension to that deadline as Johnson struggles to get lawmakers to pass the divorce deal he agreed with the bloc. Economists say a no-deal departure would hurt both the U.K. and the EU economies.

France, among other EU nations, has been reluctant to approve a long Brexit extension, saying Britain must present “a clear scenario” for progress before another Brexit delay is granted. Britain’s Prime Minister Boris Johnson looks up from the doorstep of 10 Downing Street in London, Thursday, Oct. 10, 2019. Johnson was meeting mental health campaigners, whose badge he wears and later Thursday he is scheduled to meet with Irish Prime Minister Leo Varadkar for talks on Brexit. (AP Photo/Alastair Grant)

Some Labour members and lawmakers worry that their party, which lags behind Johnson’s Conservatives in opinion polls, will be defeated if an election is held soon. And all parties worry about incurring the wrath of voters by asking them to go to the polls at the darkest, coldest time of the year. Britain has not had a December election in almost a century.
Johnson, who helped lead the “leave” campaign in Britain’s 2016 EU membership referendum, took office three months ago after his predecessor, Theresa May, resigned over her failure to get Parliament’s backing for her Brexit deal.
For months he has vowed to succeed where May had failed, and said Britain would leave the EU on Oct. 31 “come what may,” with or without a deal.
Johnson insisted on Friday that British lawmakers need to commit to the Dec. 12 election date “to have any credibility about delivering Brexit.”
“Time for Corbyn — man up. Let’s have an election on Dec. 12,” he said.

Johnson secured a new deal with EU leaders last week, but British lawmakers refused to approve it before an Oct. 19 deadline imposed by Parliament. That forced him, grudgingly, to ask the EU to extend the Brexit deadline to the end of January.
Sajid Javid, Britain’s Treasury chief, said the only way to break the country’s political logjam was to call a new election and get rid of what he called the current “zombie Parliament.”
“Three-and-a-half years ago this decision was made and there’s been delay after delay after delay,” he told the BBC. “And we have to end this, end this uncertainty.”
Related Topics:BrexitBritainconservativesdeadlineeconomiesEuropean UnionFranceparliament
Up Next