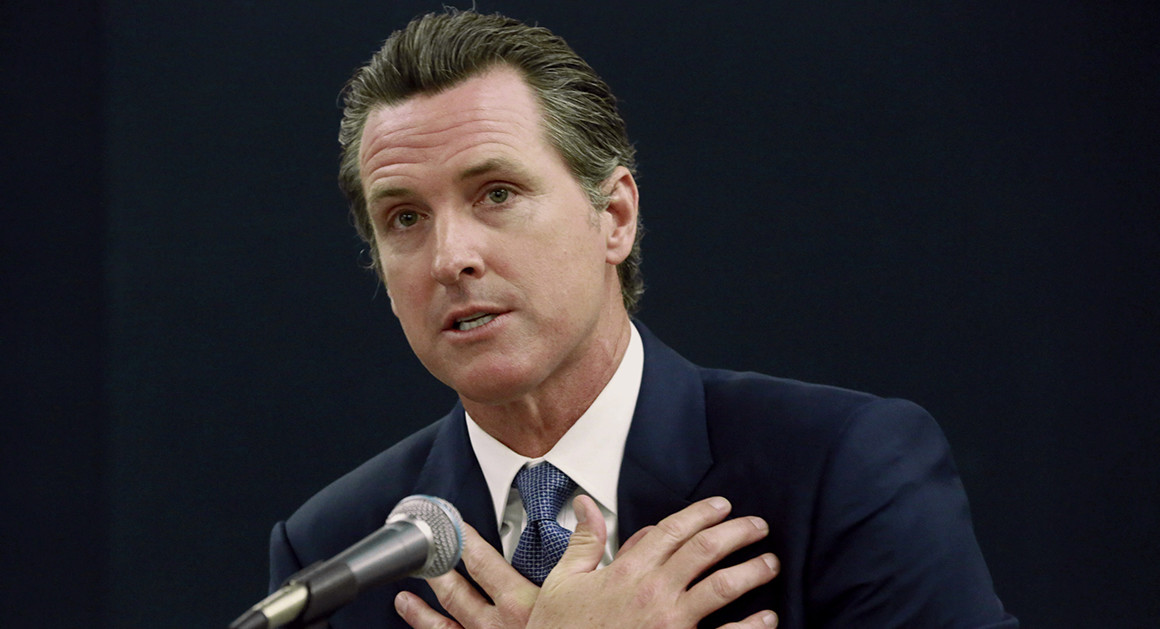 Gavin Newsom wasn’t born when the TV game show “Let’s Make a Deal” began its run but he’s channeling its host, Monty Hall, during the final days of his first legislative session as governor.
Every few days, it seems, Newsom announces that he and legislative leaders have agreed on one of the session’s major issues, most prominently — so far — rent control and charter school oversight.

Additionally, Labor Day saw a Newsom declaration that he supports Assembly Bill 5, arguably this year’s most controversial bill. It would place in state law, with some modifications, a state Supreme Court ruling that tightens up the legal definition of employment, striking a blow at widespread use of contract workers.
As the overall tone of Newsom’s initial year emerges, one bill at a time, he’s clearly moving California at least a few notches to the left, into ideological territory that his predecessors, including Jerry Brown, were not willing to explore.
That’s not unexpected, given what he said during last year’s campaign. Nevertheless what he’s doing now, and what he had already done in his first state budget, invite some skepticism about their long-term effects.
Sometimes, making a political deal becomes an end unto itself. Politicians, especially high-profile officeholders such as governors, often become more interested in making a deal than ensuring it’s the right deal.

What Could Possibly Go Wrong?

The classic example of the syndrome is what happened in the final hours of the 1996 legislative session, when then-Gov. Pete Wilson and the Legislature rushed to enact an ill-conceived “deregulation” of the electric power industry without considering the potential downside risks.
It exposed California to manipulation of its electric power market, led to the bankruptcy of one major utility (Pacific Gas and Electric) and the near-insolvency of another (Southern California Edison) and has cost Californians countless billions of dollars in their utility bills.
PG&E is once again in bankruptcy, this time because of huge wildfire damage costs, and Newsom is working feverishly on some kind of deal to intervene as immensely powerful financial interests, including the utility’s stockholders and bondholders, squabble over its future.
What could possibly go wrong? The question answers itself.
Rent control is another potential downer. California’s chronic shortage of housing has sent costs skyrocketing and while rent control might help some tenants, it also sends a negative message to housing developers.
The pending proposal would apply only to older housing units, but once rent control is lodged in state law, Newsom, et al, will be pressed to expand its reach and that possibility will discourage the massive investment California sorely needs.

Moreover, it’s unlikely that the session will directly confront the not-in-my-backyard attitudes of local governments, which also discourage new investment. Newsom says he wants more construction, but so far Newsom and legislators are moving in the opposite direction.

California Must Finally End the Backlog of Unprocessed Rape Kits. Here’s How