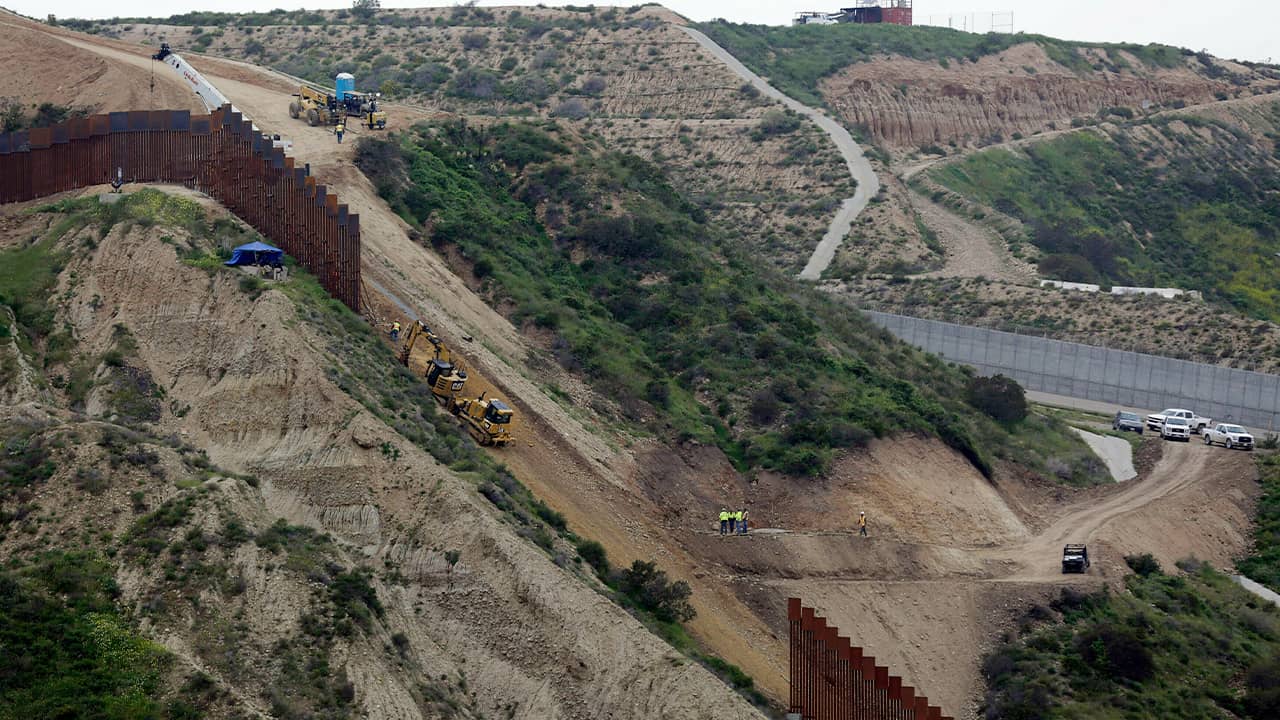 WASHINGTON — The Pentagon will cut funding from military projects like schools, target ranges and maintenance facilities to pay for the construction of 175 miles of fencing along the U.S.-Mexico border, diverting a total $3.6 billion to President Donald Trump’s long-promised barrier.

The military base projects facing the chopping block tend to address less urgent needs like new parking at the U.S. Military Academy at West Point, New York, and a variety of small arms ranges at bases in Wisconsin and Oklahoma. But a “cyber ops facility” in Hampton, Virginia, and the expansion of a missile defense field at Fort Greeley, Alaska, face the ax, too.
Trump has so far succeeded in building replacement barriers within the 654 miles of fencing built during the Obama and Bush administrations. The funding shift will allow for about 115 miles of new pedestrian fencing in areas where there isn’t any now.
“The wall is being built. It’s going up rapidly,” Trump said Wednesday. “And we think by the end of next year, which will be sometime right after the election actually, but we think we’re going to have close to 500 miles of wall, which will be complete.”
New stretches of fencing are sure to spark legal battles with angry landowners and environmentalists. The Pentagon plan also fuels the persistent controversy between the Trump administration and Congress over immigration policies and the funding of the border wall.
“It doesn’t take any input from the local communities. It will take away from the private property rights,” said Rep. Henry Cuellar, D-Texas. “We are going to do everything we can to stop the president.”

A More Likely Venue for the Battle

Cuellar suggested Democrats will look at a must-pass funding bill this month — required to prevent a government shutdown Oct. 1 — to try to take on Trump. But a more likely venue for the battle could be ongoing House-Senate negotiations over the annual Pentagon policy measure.

Congress approved $1.375 billion for wall construction in this year’s budget, same as the previous year and far less than the $5.7 billion that the White House sought. Trump grudgingly accepted the money to end a 35-day government shutdown in February but simultaneously declared a national emergency to take money from other government accounts, identifying up to $8.1 billion for wall construction.
The transferred funds include $600 million from the Treasury Department’s asset forfeiture fund, $2.5 billion from Defense Department counterdrug activities and now the $3.6 billion pot for military housing construction announced Tuesday.
The Pentagon reviewed the list of military projects and said none that provided housing or critical infrastructure for troops would be affected, in the wake of recent scandals over poor living quarters for service members in several parts of the country. Defense officials also said they would focus on projects set to begin in 2020 and beyond, with the hope that the money could eventually be restored by Congress.
The government will spend the military housing money on 11 wall projects in California, Arizona and Texas, the administration said in a filing Tuesday in a lawsuit brought by the American Civil Liberties Union. The most expensive is for 52 miles in Laredo, Texas, at a cost of $1.27 billion.
The Laredo project and one in El Centro, California, are on private property, which would require purchase or confiscation, according to the court filing. Two projects in Arizona are on land overseen by the Navy and will be the first to be built, no earlier than Oct. 3. Seven are at least partly on federal land overseen by the Interior Department, including a 31-mile stretch through the Cabezza Prieta National Wildlife Refuge in Arizona, a major wilderness area.
The 175 miles covered by the Pentagon funding represents just a fraction of the 1,954-mile (3,145-kilometer) U.S.-Mexico border.